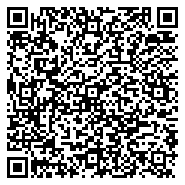 A Comparative Study of Stigma, Quality of Life and Family Burden in Patients of Schizophrenia and Obsessive-Compulsive Disorder

Objectives: Schizophrenia (SCH) is characterized by perceptual-disability with disintegrated memory/thinking-ability. Obsessive-compulsive-disorder (OCD) defines the unwanted dependence on some thought and repetitive-behaviour. Ritualistic and obsessive behaviours are the characters in OCD patients. Stigma and the quality-oflife (QOL) associated to either condition is less studied in relation to their caregiver’s role and responsibility. In the current study, this has been extensively studied.

Methods: The individuals for this study were selected by consecutive sampling from patient (30-schizophrenia/30-OCD with their caregivers) coming to the OPD of the Institute of Psychiatry-Diagnosed by two consultant psychiatrists by applying ICD- 10. The severity of OCD was tested by using Yale-Brown Obsessive-Compulsive-Scale (Y-BOCS) and that of schizophrenia was evaluated by Positive and Negative-Syndrome- Scale (PANSS). Family Interview Schedule and WHO QOL-BREF were analyzed.

Results: In both genders, SCH is 2-3-fold abundant than OCD. It is also higher in urban, but OCD is higher in rural-people. In employed-person and in nuclear-family OCD is higher whereas, SCH is higher in case of joint family and in >10th std. person. Income/ age and age-of-onset of disease were not a determining factor for both diseases. Symptoms of SCH on PANSS of total Psycho-pathological individuals were significantly higher than total positive or total negative score. The total QOL was better in OCD patients than schizophrenic patients (p value=0.000**).