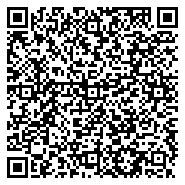 Introduction: Arterio Venous Fistulas (AVFs) may be radiocephalic, brachiocephalic or brachiobasilic, however a radio-cephalic access is preferred for patients with end stage renal disease requiring haemodialysis. After their creation, the minimum time for AVF maturation is around two months. Primary AVF failure is defined as an AV fistula that is never usable or fails within the first three months of its use. There are several observations that indicate the role of inflammation in failure of AVF. Elevated CRP has been observed to be associated with early fistula failure and our study purported to correlate the same.

Methodology: In this pilot study, 50 patients of end stage renal disease (ESRD) over 18 years of age, after fulfilling inclusion and exclusion criteria, underwent the creation of a radio-cephalic AVF. All patients had pre-operative values of CRP, haemoglobin and albumin estimated, which were repeated again on post-operative day 2. All patients were followed for three months to assess for primary failure of fistula.

Conclusion: Pre-operative CRP levels>5.4 mg/dl can predict the primary failure of AVF with a sensitivity of 71.43% and specificity of 66.7%. However further studies are required to validate the same.