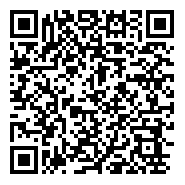 This hypothesis explores Alzheimer’s Disease (AD) from a new perspective. It has been widely observed that AD patients present initially with “recent” memory loss. Recent memories are constantly created and updated, in contrast to “archived” memories, which do not require updating and which AD patients retain longer. Notably, memory creation and updating require the production and synthesis of proteins in neurons; and in AD patients, neurodegeneration is relative to the number of new proteins that the patient has synthesized. In neuronal protein synthesis, DNA transcribes mRNA, which is then translated into proteins in the cytoplasm.

During this process, the unzipped DNA double helix is vulnerable to assault and can subsequently enter apoptosis if it is unable to repair itself. A healthy individual can create and update memories without neurodegeneration, and even among dementia patients, not every protein synthesis is subject to assault or neuronal damage. However, the more proteins are synthesized, the greater the probability of assault. I propose here that, consistent with AD being an agerelated disease, AD patients’ immune systems have declined to the point where they are unable to eradicate assault agents and to repair DNA damage sustained from assaults during neuronal protein synthesis.