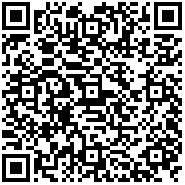 Eating epilepsy is evaluated in reflex epilepsies (RE). Different genetic, ethnic, acquired factors and to the bulky meals rich in carbohydrates consumed may play a role in etiology of RE or supported by a brain lesion. In this situation, seizures provoked by eating is a rare entity and the ictal semiology differs from patient to patient. Focal impaired awareness seizure is most commonly described. Diffuse cerebral damage is often noted on MRI. Reproduction of these seizures during EEG recording is often difficult as the stimulus is frequently complex, involving different components of eating, such as the sight of food, proprioceptive, olfactive or gustative stimulations, chewing, salivation, and gastric distension of eating. The case presented here was an eating epilepsy case triggered by bread eating and implicated, based on EEG and MRI.