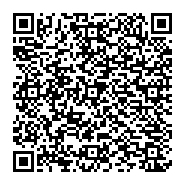 Patients with Interagency Registry for Mechanically Assisted Circulatory Support (INTERMACS) levels 1–2 who either have or are at risk for right ventricular failure face significant morbidity and mortality after continuous flow left ventricular assist device (CF-LVAD) implantation. Currently, the options for biventricular support have limited the Total Artificial Heart (TAH; CardioWest, Syncardia, Tuscon, AZ) or Biventricular Assist Device (BiVAD), which uses bulky extracorporeal or implantable displacement pumps. We describe a successful series based on an innovative approach for biventricular support in consecutive INTERMACS levels 1–2 patients utilizing a Heart Ware Ventricular Assist Device (HVAD; Heart Ware, Framingham, MA) in a left ventricular (LV- HVAD) and a right atrial (RA-HVAD) configuration. From June 2014 through May 2016, 11 consecutive INTERMACS levels 1–2 patients with evidence of biventricular failure underwent implantation of a CF LVAD (10 LV-HVAD and 1 HeartMate II LVAD, Thoratec, Pleasanton, CA) and RA-HVAD pumps. A total of 4,314 BiVAD support days were accumulated in our case series. Seven patients have undergone orthotopic heart transplant, whereas 3 are ambulatory and are either waiting transplant or reconsideration for transplantation. There is one mortality case in this case series, which was due to an intracranial bleed from supratherapeutic anticoagulation. Two other patients experienced hemorrhagic strokes, but without neurologic sequelae, whereas no patients have experienced ischemic strokes. There were two episodes of gastrointestinal bleeding. This is the largest series to date involving this approach with outcomes superior to those previously described in patients receiving biventricular support. We conclude this novel therapy is a viable alternative to current practices in the management of biventricular failure. Cardiac resynchronization therapy (CRT), also called biventricular pacing, uses a special quite pacemaker a biventricular pacemaker that's designed to assist the ventricles contract more normally. It keeps the proper and left ventricles pumping together by sending small electrical impulses through the leads. This is often sometimes called a biventricular ICD. Or it's called cardiac resynchronization pacing with an ICD (CRT-D). A biventricular pacemaker and ICD may be a small, lightweight device powered by batteries. This device helps keep your heart pumping normally. It also protects you from dangerous heart rhythms. An incision is formed within the chest where the leads and device are inserted. The leads (wires that deliver the electrical impulse to supply biventricular pacing) are inserted through the incision and into a vein then guided to the guts with the help of X-ray. Pacemakers usually last four to eight years. Biventricular pacemakers that are combined with an implantable cardioverter defibrillator (ICD) don't tend to last as long about two to four years. The lifespan of the pacemaker depends on what proportion your heart is counting on it. Pacemakers that pace both the proper atrium and ventricle of the guts and need 2 pacing leads are called "dual-chamber" pacemakers. Pacemakers that pace the proper atrium and right and left ventricles are called "biventricular" pacemakers. Biventricular coronary failure: In biventricular heart failure, each side of the guts are affected. This will cause an equivalent symptoms as both left-sided and right-sided coronary failure, like shortness of breath and a build-up of fluid. Risks. Risks related to pacemaker system implant include, but aren't limited to, infection at the surgical site and/or sensitivity to the device material, failure to deliver therapy when it's needed, or receiving extra therapy when it's not needed. A biventricular pacemaker may be a special sort of pacemaker that paces each side of the lower chambers of the guts (the right and left ventricles) to assist treat coronary failure. Cardiac resynchronization therapy may reduce shortness of breath, improve symptoms and should even prolong life. Baseline patient characteristics are summarized in Table 1: The median patient survival after pacemaker implantation was 101.9 months (approx. 8.5 years), at 5, 10, 15 and 20 years after implantation 65.6%, 44.8%, 30.8% and 21.4%, respectively, of patients were still alive. Wireless internet, mobile phones and modern security systems cause new areas of risk. They produce a frequency which will interact together with your pacemaker, but short exposure shouldn't trigger any adverse effects. Add medications appropriate to your individual case like betablockers, ACE inhibitors, ARBs, diuretics, and/or aldosterone receptor blockers. If you've got been prescribed medications for coronary failure, diabetes, high vital sign or another underlying cause, taking your prescribed medication can also improve your ejection fraction. Over time, because the medications are working, your heart could also be ready to recover, strengthen and perform better. The long-term effects of exercise have proven to strengthen heart muscle causing a rise within the ejection fraction of the guts. Although exercise is proven to reduce the severity of symptoms of CHF, it are often more effectively and safely used as a primary preventative measure. Patients within the end stages of coronary failure want to understand what to expect. The symptoms of end-stage congestive coronary failure include dyspnea, chronic cough or wheezing, edema, nausea or lack of appetite, a high pulse, and confusion or impaired thinking. In congestive cardiomyopathy, also called dilated cardiomyopathy, the guts becomes stretched and weakened and is unable to pump effectively. With end-stage coronary failure, however, that loss becomes life-threatening and is not any longer manageable through medical therapies. Cardiac resynchronization therapy is beneficial for patients in whom there's uncoordinated activation of the guts muscle and who experience coronary failure. By pacing both lower chambers of the guts, cardiac resynchronization therapy helps re-coordinate the contraction of your heart muscles in order that the walls of your heart beat at an equivalent time. Cardiac resynchronization therapy may reduce shortness of breath, improve symptoms and should even prolong life.