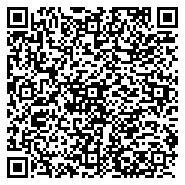 The theory of large elastic deformation was applied to the myocardium in a way to obtain a mathematical expression for the pressure-volume relation (PVR) as well as for the end-systolic pressure-volume relation (ESPVR) in the heart ventricles. Several relations between the ejection fraction (EF) and the parameters describing the ESPVR have been derived. A relation between EF and percentage of heart failure (HF) has been extended in a way to obtain new relations between percentage of HF and the parameters describing the ESPVR, these relations give new insight into the problem of heart failure with preserved ejection fraction (HFpEF). Non-invasive application of the results of this study in routine clinical work is possible when ratios of pressures in the heart ventricles are calculated. Applications to clinical data published in the medical literature give consistent results; they show the possibility to classify the state of the ventricles into normal state, mildly depressed state, severely depressed state. Results show that bivariate (or multivariate) analysis of data give better classification for the purpose of clinical diagnosis. End-systolic pressure volume relationship (ESPVR) describes the maximal pressure that can be developed by the ventricle at any given LV volume. This makes it an improved index of systolic function over other hemodynamic parameters like ejection fraction, cardiac output, and stroke volume. End-diastolic pressure volume relationship (EDPVR) describes the passive filling curve for the ventricle and thus the passive properties of the myocardium. The slope of the EDPVR at any point along this curve is the reciprocal of ventricular compliance (or ventricular stiffness). For example, if ventricular compliance is decreased (such as in ventricular hypertrophy), the ventricle is stiffer. This results in higher ventricular end-diastolic pressures (EDP) at any given end-diastolic volume (EDV). Alternatively, for a given EDP, a less compliant ventricle would have a smaller EDV due to impaired filling. There is a highly linear correlation between the PVA and cardiac oxygen consumption per beat. This relationship holds true under a variety of loading and contractile conditions. This estimation of myocardial oxygen consumption (MVO2) is used to study the coupling of mechanical work and the energy requirement of the heart in various disease states, such as diabetes, ventricular hypertrophy, and heart failure. MVO2 is also used in the calculation of cardiac efficiency, which is the ratio of cardiac stroke work to MVO2. Preload recruitable stroke work (PRSW) is determined by the linear regression of stroke work with the end-diastolic volume. The slope of the PRSW relationship is a highly linear index of myocardial contractility that is insensitive to preload and afterload. During heart failure, myocardial contractility is reduced, which decreases the slope of the PRSW relationship. Recent studies also indicate that the volume axis intercept of the PRSW relationship (not the slope) may be a better indicator of the severity of contractile dysfunction. The Frank–Starling mechanism describes the ability of the heart to change its force of contraction (and, hence, stroke volume) in response to changes in venous return. In other words, if the end-diastolic volume increases, there is a corresponding increase in stroke volume. The Frank–Starling mechanism can be explained on the basis of preload. As the heart fills with more blood than usual, there is an increase in the load experienced by each myocyte. This stretches the muscle fibers, increasing the affinity of troponin C to Ca2+ ions, causing a greater number of cross-bridges to form within the muscle fibers. This increases the contractile force of the cardiac muscle, resulting in increased stroke volume. Arterial elastance (Ea) is a measure of arterial load and is calculated as the simple ratio of ventricular end-systolic pressure to stroke volume. blood to meet the metabolic demands of the organism. The end-systolic and diastolic volumes increase and the pressures remain relatively unchanged. The ESPVR and EDPVR curves are shifted to the right. Left ventricular hypertrophy (LVH) is an increase in the thickness and mass of the myocardium. This could be a normal reversible response to cardiovascular conditioning (athletic heart) or an abnormal irreversible response to chronically increased volume load (preload) or increased pressure load (afterload). Shown is a diagram of pathological hypertrophy reducing EDV and SV. The thickening of the ventricular muscle results in decreased chamber compliance. As a result, LV pressures are elevated, the ESV is increased, and the EDV is decreased, causing an overall reduction in cardiac output. There are two exceptions to this. Increased left ventricular hypertrophy with increased EDV and SV is seen with athletes and in healthy normal elderly individuals. Moderate hypertrophy allows for a lower heart rate, increased diastolic volume, and thus higher stroke. Restrictive cardiomyopathy includes a group of heart disorders in which the walls of the ventricles become stiff (but not necessarily thickened) and resist normal filling with blood between heartbeats. This condition occurs when heart muscle is gradually infiltrated or replaced by scar tissue or when abnormal substances accumulate in the heart muscle. The ventricular systolic pressure remains normal, diastolic pressure is elevated and the cardiac output is reduced. Aortic valve stenosis is abnormal narrowing of the aortic valve. This results in much greater LV pressures than the aortic pressures during LV ejection. The magnitude of the pressure gradient is determined by the severity of the stenosis and the flow rate across the valve. This is a narrowing of the mitral valve orifice when the valve is open. Mitral stenosis impairs LV filling so that there is a decrease in end-diastolic volume. This leads to a decrease in stroke volume by the Frank–Starling mechanism and a fall in cardiac output and aortic pressure. This reduction in afterload (in particular, aortic diastolic pressure) enables the end-systolic volume to decrease slightly but not enough to overcome the decline in end-diastolic volume. Therefore, because end-diastolic volume decreases more than end-systolic volume decreases, the stroke volume decreases.