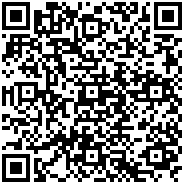 Clinical Manifestations of Neurosarcoidosis in the Netherlands

Methods: Multicentre observational cohort study of patients with neurosarcoidosis in two tertiary referral centres; the ILD Center of Excellence of the St. Antonius Hospital, Nieuwegein and the Amsterdam University Medical Centre (UMC), the Netherlands, from 2015 till 2017, as well as participants of the Dutch Neurosarcoidosis Registry between June 2014 and December 2017.

Results: A total of 194 patients were included, 27 of whom were in the Dutch Neurosarcoidosis Registry, 70 treated at the ILD Center of Excellence and 97 treated at the Amsterdam UMC. Of the 194 patients included, 54% were female. The most common neurosarcoidosis manifestations were chronic meningitis (41%), cranial nerve dysfunction (39%), myelopathy (28%) and cerebral parenchymal disease (26%). Age, gender and race did not differ for the various manifestations, except for peripheral polyneuropathy, which was more prevalent in men than in women (21% versus 10%). Most neurosarcoidosis patients were treated with prednisone (89%), methotrexate (46%) or infliximab (21%). A total of 102 patients (53%) received second- or third-line treatment.

Conclusion: In a large cohort of neurosarcoidosis patients, chronic meningitis, cranial nerve dysfunction, spinal cord involvement and cerebral parenchymal disease were the most common manifestations. Age, race and gender did not influence the clinical presentation, except for peripheral polyneuropathy (men>women). Over half of the patients required multiple immunosuppressive treatments.