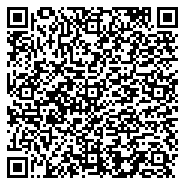 Introduction: Juvenile Myoclonic Epilepsy (JME) is common idiopathic epilepsy manifested by myoclonic jerks that commonly noticed in early childhood without consciousness disturbance, then the generalised tonic – clonic overwhelms the scene, absence attacks are not uncommon. The prominent and cardinal EEG features of JME syndrome that supports the diagnosis is the generalized 3.5-6 Hz single, bifid and polyspikes slow-wave’s complexes on normal brain background activity.

Aim: Aims were to evaluate the demographic features and to detect the most common clinical presentations among Sudanese patients with JME and explain the possible causes of diagnosis delaying.

Methods and patients: The study included all patients attended to National Ribat University – Faculty of Medicine and El-Magzoub Neurosciences centres whom their EEGs showed the characteristics features of JME (retrospectively). All the patients had been recruited (prospectively) and their EEGs have been repeated and clinical history and examination through pre-formed interview forms had bee done. The obtained data have been analysed using the SPSS and results were illustrated in by tables.

Results and discussion: The mean age of JME patients at diagnosis was 19.55 ± 8.98 years. Myoclonic jerks were confirmed in about 91% of the patients. Sleep deprivation was the triggering factor for MJs in 61.4% of the patients. Absence attacks were confirmed in 77.27% of JME patients, and generalised tonic-clonic seizures in 84.1% of patients with a mean age of onset 13.92 ± 5.65 years. The elapsed time between jerks and GTC was 4.35 ± 3.61 years.

Conclusion: MJs is common among Sudanese patients with JME and the sleep deprivation is the most frequent aggravating factors with the early awakening. Generalised tonic-clonic is common among JME patients and this great event may obscure MJs and confused the doctors to ask about them.