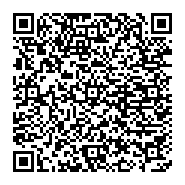 Introduction: Recent scientific advances have led to the availability of silver nanoparticles which can kill microbial agents with their higher power of penetration into them. The present study aimed to compare the effect of nanosilver spray and silver sulfadiazine cream on the healing of second-degree burn wounds.

Materials and methods: A clinical trial was conducted in Vasei Hospital of Sabzevar in 2016. For this purpose, 21 patients with a second-degree burn wound of the same depth and size in one or two organs were selected as the sample based on the convenient sampling method. Wounds of patients were divided into two parts; one part was dressed with silver sulfadiazine cream and the other one was dressed with nanosilver spray. The wound dressing was changed every day after washing the wound with normal saline. Wound parameters including size, depth, edges, undermining, necrotic tissue type, necrotic tissue amount, exudate type, exudate amount, skin color surrounding wound, peripheral tissue edema and induration, granulation tissue, and epithelialization were measured on the first, third, seventh, fourteenth, and twenty-first days using Bates-Jensen Wound Assessment Tool. The obtained data were statistically analyzed using the generalized linear model test in SPSS-16.

Conclusion: Both types of dressing improved the wound and had the same effect on the wound healing. However, since the cost of treatment and pain were lower in dressing with nanosilver, it is more recommended to be used for burn wounds.