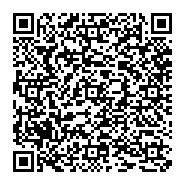 Background: MicroRNAs (miRNAs) are emerging as key regulators of cardiovascular development and disease, being involved in cardiac hypertrophy, fibrosis, remodeling and heart failure. Aortic stenosis is the most common valvular heart disease, and thus, we undertook a detailed analysis of differentially expressed miRNAs in this disease.

Methods and Findings: We set up a model of aortic stenosis by performing transverse aorta constriction (TAC) in adult mice resulting in a rapid increase in left ventricle pressure load, pronounced hypertrophy, initiated fibrosis, impaired ejection performance and dysfunctional diastole. Using miRNA microarray we then identified more than 300 differentially regulated miRNAs in the hearts of mice affected by aortic stenosis. Five of these were validated using qRT-PCR in which miR-21 and miR-208b were striking because of their substantial 2-4 fold increase at day 21 post TAC when compared with the control group. Furthermore, we identified three novel miRNAs (miR-24, miR-301a and miR-335) that were highly induced in transverse aorta constricted mice compared to SHAM operated mice. Interestingly, the increased expression of miR-24, miR-301a and miR-335 in TAC affected hearts were not found in an animal model of myocardial infarction.

Conclusion: These data suggests that the novel miRNAs are regulated in the heart specific to aortic stenosis, and may serve as biomarker candidates for future diagnosis, prognosis or treatment.