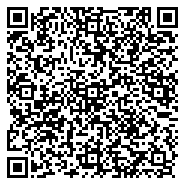 Zein is a hydrophobic plant protein characterized by a good biodegradability and insoluble characteristics making it a good candidate for the development of biopolymeric nanoparticles for drug delivery. In this study, three types of zein nanocarriers were developed for targeted delivery of poorly soluble anti-cancer drugs. First, zein nanospheres were successfully prepared via phase separation technique for co-delivery of exemestane and luteolin. Second, zein nanocapsules were successfully developed using spontaneous emulsification technique for co-delivery of exemestane and resveratrol. The developed drug-loaded zein nanospheres and nanocapsules demonstrated a suitable particle size (150-250 nm) and a negative zeta potential (above -30 mV) exhibiting a controlled drug release behavior. The surface of zein nanocarriers was successfully decorated with lactoferrin as a tumor-targeting ligand via electrostatic interaction. In the third part of this study, amphiphiliczein-lactoferrin co-polymeric micelles for co-delivery of rapamycin and wogonin were successfully developed. The chemical conjugation via carbodiimide-coupling technique was evidenced by NMR, IR and fluorescence spectroscopy while the core-shell structure of the micelles in aqueous solution was demonstrated by TEM. The drug-loaded self-assembled nanocarriers exhibited a nanometric size (100-250 nm) and a positive zeta potential (around +30 mV) in addition to high drug loading and a sustained release profile. The developed zein nanocarriers showed superior cytotoxicity and cellular uptake against MCF-7 breast cancer cells and powerful in vivo anti-tumor efficacy in breast cancer rat model compared to free drugs. Thereby, zein nanocarriers could evoke a new effective tumor-targeted delivery system to breast cancer by passive and active targeting. A nanocapsule is a nanoscale shell produced using a nontoxic polymer. They are vesicular frameworks made of a polymeric layer which epitomizes an inward fluid center at the nanoscale. Nanocapsules have numerous utilizations, including promising clinical applications for sedate conveyance, food improvement, nutraceuticals, and for self-recuperating materials. The advantages of embodiment strategies are for security of these substances to ensure in the antagonistic condition, for controlled discharge, and for accuracy targeting. Nanocapsules can possibly be utilized as MRI-guided nanorobots or nanobots, in spite of the fact that difficulties remain.The exemplification strategy relies upon the prerequisites for some random medication or substance. These procedures rely upon the physiochemical properties of the center material, the divider material, and the required size. The most widely recognized approaches to create nanocapsules are nanoprecipitation, emulsion-dispersion, and dissolvable dissipation. In the nanoprecipitation strategy, additionally named dissolvable uprooting technique, nanocapsules are framed by making a colloidal suspension between two separate stages. The natural stage comprises of an answer and a blend of natural solvents. The watery stage comprises of a blend of non-solvents that frames a surface film. The natural stage is gradually infused in the watery stage which at that point is unsettled to shape the colloidal suspension. When the colloidal suspension is framed it will be unsettled until nanocapsules start to shape. The size and state of the nanocapsule rely upon the pace of infusion alongside the pace of agitation. Another basic method to get ready nanocapsules is the emulsion dispersion strategy. This technique comprises of three stages: natural, fluid, and weakening stage. In this technique the natural stage is added to the watery stage under states of high disturbance which structure an emulsion. During this procedure water is added to the emulsion which makes the dissolvable diffuse. The aftereffect of this emulsion-dissemination is nanocapsule formation. Dissolvable vanishing is another compelling strategy to get ready nanocapsules. In this procedure, single or twofold emulsions are shaped from solvents and are utilized to plan a nanoparticle suspension. Fast homogenization or ultrasonication is utilized to frame little molecule size in the nanoparticle suspension. When the suspension is steady, the solvents are dissipated utilizing either constant attractive blending at room temperature, or by lessening the encompassing pressure.The table underneath shows how nanocapsules display various qualities dependent on the strategy by which they were readied. Nanocapsule types change by size, tranquilize fixation, and dynamic substance discharge time.Close infrared light: Drug discharge is activated from heat. The infrared innovation can be consumed somewhere down in the body, go to warm. The warmth delicate material, especially a polymer shell that swells after warming, breakdown. The activity of emptying is the thing that discharges the drug. Attractive fields: Magnetic bars of millimeter-scale are installed in poly(vinyl liquor). The attractive field inside the bars is rotated, which brings about the difference in shape and extreme breakdown of the nanocapsules. The adjustment in the structure at that point triggers the medication release. Ultrasound: Another choice of medication discharge is through ultrasound, which is a "longitudinal weight wave". The ultrasound can either be low-recurrence, or LFUS, (somewhere in the range of ~20 and ~100 kHz) or high-recurrence, HFUS, (>1 MHz). Transdermal conveyance (sonophoresis) is upgraded through LFUS, which at that point further permits the medication to be discharged. Since the flood of HFUS is higher, accomplishment of medication conveyance has been shown through the type of air pockets. The air pockets with in the container are framed and crumpled because of the higher temperatures of the wave. Some different ways incorporate oral, which is the most dynamic, nasal, transdermal, and through the lung. Oral is the most widely recognized, and the most testing. Requests for steady discharge continue, despite the fact that advancements are being made for medications to bioadhere to the intestinal tract. Bioadhesion is additionally being considered for nasal conveyance, to drag out the life of the medication inside the nose. Medications can likewise be moved through the skin (transdermal). Inhalers are additionally of enthusiasm, as, asthma drugs comprise of macromolecules. Right now, the inward breath frameworks are bothersome to patients, and it is trusted that there will be progresses in this conveyance framework at some time.