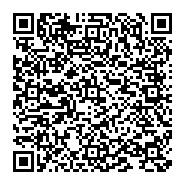 Durability of Different Types of Cement on the Bonding Strength of Medicinal Biomaterial Fiber Post, In Vitro Study

Objectives: The purpose ofthisstudy wasto investigate the bond strength ofmedicinal biomaterial fiber post with canal wall using different types of cement. Methods: Thirty sound maxillary canines, each canal was prepared using #55 K-file and was obturated according to manufacturer instruction. After that, fiber post was cemented in the canal for each one. Specimens were divided into three groups according to types of the cements that were used for cementation: [(G1:Relay X U200), (G2:RelyX Luting), and G3:(GC lining cement)]. After cementation, all roots were stored at 100% humidity till testing. Each Sample was investigated using pushout test by placed them in a universal testing machine at a crosshead speed of 0.5 mm/min. Results: The highest Bonding strength wasshown in G2 cervical level, while the lowest was shown in G3 in middle level. Results: the highest bond strength was shown in cervical level for all cements type, while the lowest was shown in the middle level. Conclusion: Thehighestbonding strengthwasobservedinRely XU200while the lowest was seen in lining cement G3. G1 has higher bonding strength than Conventional G3 due to micromechanical retention.