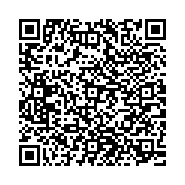 Background: Although gastrostomy tube placement in children is increasingly performed and laparoscopic gastrostomy tube insertions considered by many surgeons to be the “gold standard”, however, there is no definitive data that proves the benefits of laparoscopic technique over the open. This study aimed to compare two methods and clinical outcomes between patients undergoing laparoscopic and open gastrostomy tube insertion A retrospective study data was entered and analyzed through statistical package SPSS version 22 conducted to identify inpatient hospitalizations for gastrostomy placements for the treatment of gastro esophageal reflux disease, feeding intolerance and swallowing disorder (2007–2016) at King Fahad Medical City in Riyadh, Saudi Arabia. The outcomes evaluated using ANOVA test comparing the indications for the procedure, concomitant diseases and postoperative complications associated with both techniques. Because ANOVA is a data set that evaluates the mean significant difference between operative methods and other study parameters, a single-institution retrospective study was conducted in which each technique compared to the other during the same period. Outcome measures (institutional data) were used to compare rates of postoperative complications in terms of leakage, ileus, nausea, diarrheae, pain after feeding, high residual, granulation tissue formation and tube revision between the two cohorts.

Results: Has been evaluated 180 patients with gastrostomy tube placement (94 open vs. 86 laparoscopic), 44 with concomitant fundoplication and with 3 different types of gastrostomy tubes used during the procedures. There were differences in gender (male to female 1:2), but not in age distribution, or comorbidity between the two groups. Compared with open technique of gastrostomy placement, the postoperative complications in terms of postoperative nausea 20 (21.5%), pain after feeding 6 (6.4%) and leakage 25 (26.6%) were more with open technique versus 4 (4.7%) p=0.006, 0 (0.0%) p=0.017 and 16 (18.6%) p=0.202 respectively in laparoscopic technique. Concomitant fundoplication as more commonly performed for patients with neurological disorders in laparoscopic technique 29 (33.7%) vs. open 15 (16.0%) p=0.006. Postoperative diarrheae was observed more in patients who underwent Mic-Key tube placement p 0.008, however length of the hospital stay was more after Mic tube placement p=001. The institutional data included outcome of patients with neurological disorders who underwent gastrostomy tube placement 21 (60.0%) with sequel and 113 (80.3%) without sequel and neurological disorders p=0.015.