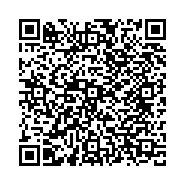 In humans, neocortex represents about 85% of the total brain mass. Modern stereological methods have estimated that about 80% of neurons in neocortex are spiny and excitatory and form 85% of all synapses, while about 20% of the neurons are smooth and inhibitory, forming 15% of the synapses (1). Glutamate is the main excitatory neurotransmitter in the central nervous system and exerts its effects through the activation of several receptor subtypes. It mediates fast excitatory synaptic transmission between neurons through the Ionotropic receptors amino-3- hydroxy-5-methyl-4-isoazolepropionic acid (AMPA), N-methyl-d-aspartate (NMDA), Kainate and Metabotropic receptors. It has been suggested that dysregulation of the glutamatergic system is implicated in a variety of psychiatric disorders such as schizophrenia, major depression, aggression and substance use disorders.