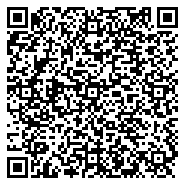 The present study aims at critical analysis and investigation of liver function test and hepatotoxity with use of NSAIDs in patients of Non- Traumatic musculoskeletal painful disorders. NSAIDs are most commonly used by medical fraternity worldwide for relief from acute, recurring or chronic pain conditions and are easily available in India in many forms over-the-counter analgesic, sometimes resulting in adverse drug reactions (ADR). The use of NSAIDs and gastrointestinal and renal disturbance is well known. The most frequent ADR due to NSAIDs use was gastrointestinal effects leading to discontinuation of treatment The liver plays a central role in drug metabolism. However, little is known about the cause and effect of NSAIDs on liver and liver enzymes. Most NSAIDs induce hepatic toxicity are due to individual patient susceptibility (idiosyncrasy), and intrinsic associated with mainly hepatocellular tissue. Hepatic toxicity response ranges from asymptomatic or transient derangement in liver function test to fulminant liver damage. The hepatotoxicity due to risk factors associated with NSAID toxicity must be kept in mind by physicians whenever prescribing NSAIDs, because much of underreporting is usually due to transient and asymptomatic effects on liver.