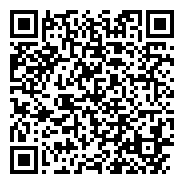 Despite substantial national efforts, drug abuse remains a serious public health problem for a sizable proportion of the population. Interventions aimed at securing a drug-free workplace are justified instead largely on safety and productivity grounds. The data obtained in worker population studies, however, do not provide clear evidence of the deleterious effects of drugs other than alcohol on safety and other job performance indicators. This does not mean there are no deleterious effects; it may reflect the paucity of relevant data and the quality of the research done to date. The extent to which impaired worker performance due to drug use can affect safety and productivity in the workplace is not well understood, although a substantial amount of laboratory research has been carried out evaluating the effects of single doses of various abusable drugs on cognitive and psychomotor performance. The results of such research cannot be extrapolated directly to the workplace because the effects of drugs on workplace performance are a complex function of the interaction between the dynamic workplace environment and the multiplicity of other variables impinging on the worker.