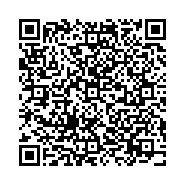 Background: Tuberculous meningitis (TBM) is the most severe manifestation of extrapulmonary tuberculosis with a high mortality and morbidity rates. As per the global tuberculosis (TB) report of 2017, the estimated incidence of TB in India was approximately 2,800,000 accounting for about a quarter of the world's TB cases. Many a times differentiating tuberculous meningitis from pyogenic meningitis becomes very difficult. The diagnosis depends upon clinical manifestation and cytochemical analysis of cerebrospinal fluid (CSF). Many researchers found that the CSF glucose: protein ratio less than 0.5 is useful to differentiate tubercular disease from non-tubercular meningitis.

Methods: A total of Sixty-two patients admitted to this tertiary hospital with symptoms and signs of meningitis, were selected and divided into two groups: tubercular (n=39) and pyogenic (n=23), depending upon the accepted criteria. Clinical features and CSF parameters noted in each patient.

Conclusion:  It was found that the CSF glucose: protein ratio of ≤ 0.5 may be useful in differentiating tuberculous from pyogenic meningitis high sensitivity and specificity. The cutoff value is highly statistically significant.