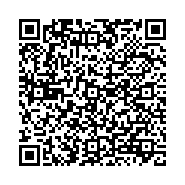 Background: Self-esteem is defined as “how we value our self”; it affects our trust and relationships in every part of life. Person with low self-esteem may feel powerless and incompetent about himself/herself. Moreover, low self-esteem operates as a risk factor for depression, which is most common disorder among elderly people both in developed and developing countries, causing multiple behavioral changes as well as may increase the chances of depression and suicide among the elderly people. Objective: The objective of this case study was to understand the problems faced by elderly people in the nursing home and to relate the self-esteem with depression among them. Methods: A face to face in-depth interview was conducted with a 70-year-old female living in the nursing room. Her perceptions for life were explored through a questionnaire. Findings of case study: It was observed that old lady was unable to express herself and was reluctant in sharing her views with interviewer. According to her, she was introverted and was unable to interact socially with other people because of physical disability. She used to feel unworthy and always used to think that she cannot do anything and was not encouraged by her colleagues and always been criticized by others. She was found to be depressed and had no meaning to life. Conclusion: It can be concluded that depression is one of the common problems among geriatric population, attributed to low self-esteem. Based on the personal observation during the interview, it is recommended that such clients should be encouraged, educated and counseled appropriately to enhance their trust and confidence. There should be some mechanism by which a space can be provided to them to interact with people outside their limited circle and to share their problems with their colleagues and relatives if possible. This may enhance their self-esteem and may decrease the chances of depression among elderly.