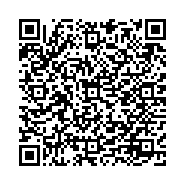 Novel Classification System of Cervical Myelopathy Based on Symptomatology

Findings: All but two patients were successfully classified into the five types. The mean age at surgery was higher in Types III and V. As for the preoperative severity of myelopathy, the patients’ motor and sensory function scores decreased from Type I to Type V. Types I (67.0%) and II (65.6%) demonstrated significantly greater postoperative neurological improvement than Types III (42.5%) and V (50.8%), according to the Japanese Orthopaedic Association score recovery rate.

Conclusion: Based on our classification system, Types I and II of cervical myelopathy, in which the cord damage was mainly located in the grey matter, exhibited greater postoperative neurological improvement than other types involving long tract symptoms.