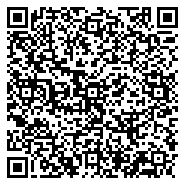 Background: Neuroregeneration after nerve injury occurs via anterograde (proximal in the distal) regrowth. The purpose of this study was to demonstrate that nerve regeneration occurs not only proximally to distally as classically described, but also distally to proximally using a rat model with a left sciatic nerve injury, with or without repair, compared to a healthy uninjured control group.

Results: After 15 weeks, Groups 1 (control) and 3 (retrograde reinnervation) behaved similarly, with no significant differences (p<0.05) in the proportion of Schwann cells and axons, amplitude waves, nerve conduction velocity, and latency response time (p<0.05), whereas Group 2 (injured unrepaired nerve) was significantly different from Groups 1 and 3 (p<0.05). The reconstruction of injured sciatic nerves showed histopathological and neuroconductive characteristics similar to that of the healthy control group 15 weeks after the reinnervation process.

Conclusion: This preclinical study demonstrates that retrograde nerve regeneration after sciatic nerve injury is feasible in a rat model 15 weeks after reconstructive nerve surgery. These results indicate that neuroregeneration is possible in a caudo-cephalic direction.