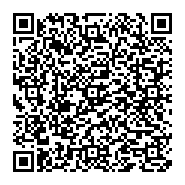 Background: The disease Tuberculosis (TB) is a contagious illness which is rampant in Nigeria.

Intervention: A prospective, questionnaire-based study to evaluate perception of TB in a coastal geographical setting.

Main outcome measures: Moderately low awareness of TB among WCBA on the coastal area of Lagos. Considerable proportion of women had not heard of TB and a high proportion did not know its cause and did not know how someone may contact the disease.

Results: A total of 818 women of child-bearing age were involved in the study. About half of them were 25-34 years old while majority were married, of the Yoruba ethnicity and traders. Among the respondents, 330 (40.3%) have never heard of the disease known as tuberculosis, especially those aged 25-34 years (172, 52.1%), married (259, 78.5%) and those who had achieved senior secondary level of education (192, 58.2%). Only 56 (6.8%) of the participants, mostly those aged 15-24 years (45, 80.4%) and those with senior secondary education (25, 46.3%), correctly identified bacteria and germs as the cause of TB. About half (400, 48.9%) of the respondents did not know that TB could be contacted from personto- person while 466 (57%) were unaware that it could be contacted through the air when a person with tuberculosis coughs. Approximately 35%, 19% and 16% of the respondents agreed that coughing up blood, weight loss and chest pain are signs and symptoms of TB. In all, about 70% of respondents regarded orthodox medical treatment as the best treatment for tuberculosis although only 51% regarded the disease as treatable while 47% did not know whether it is treatable or not. Common sources of information of TB were health facilities (27%), friends and colleagues (17%) as well as schools and educational institutions (13%). Regression analysis showed that educational level and age group explained a significant 85.0% of the variation in the perception of TB (r2=0.850, P-value<0.005) and also that age group was significantly (r=0.40, t=30.53, P-value<0.005, 95% CI=0.38, 0.43) correlated with awareness of TB.

Conclusion: The study has demonstrated that awareness of tuberculosis as a disease is relatively low among women living on the geographical coastline of Atlantic Ocean in Lagos, Nigeria. There was also some misinformation about this disease that needs urgent attention and correction. Data from this study may also be used to design penetrating health education on tuberculosis in rural coastal and non-coastal areas.

Recommendations: Appropriate authorities and agencies should strengthen or develop effective surveillance system in which cases can be quickly identified. There should also be a spread out of DOTS to riverine and coastal areas. A continuous educational program for rural dwellers on infectious diseases and how to control them is desirable. Secondary schools’ curriculum should include further education on how to recognize, and report infectious diseases such as TB.