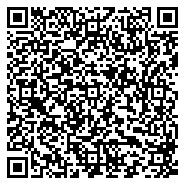 Background: Delirium is common in elderly surgical patients and the etiologies of delirium are multifactorial. Dementia is an important risk factor for delirium. This study was conducted to investigate the clinical relevance of surgery to the dementia in Alzheimer’s disease (AD) or Vascular dementia (VaD).
Methods and Findings: From March 2018 to April 2019, 95 patients, aged ≥56 years and undergoing surgery were retrospectively enrolled. Multivariate analysis was performed for risk factors that showed a significant difference between delirium and non delirium groups. First, we reviewed 29 patients with previous diagnosed dementia and 66 healthy controls, and the differences in postoperative delirium (POD) between these groups were examined. Second, the patients with dementia were classified into 2 groups: AD and VaD. VaD is a heterogeneous disease, which included poststroke VaD, subcortical VaD, and combined VaD (AD + VaD). Finally, this study evaluated risk factors for POD in underlying medical conditions and c-reactive protein (CRP) level.
Among 95 surgical patients with a mean age of 77.05 years, 41 (43.2%) developed POD. The frequency of POD was higher in dementia patients compared to non dementia groups {82.80% vs. 25.80%; odds ratio (OR) 13.34; [95% confidence interval (CI) 3.99–44.66]; P<0.05}. Of the 41 POD patients, twenty-four were diagnosed dementia. In this study, total 29 dementia patients were divided into two groups based on AD (n = 19) or VaD (n = 9). One Parkinson's disease (PD) with dementia was diagnosed delirium and the PD dementia (PDD) patient has been excluded. Among, twenty-three dementia patients with delirium, there were 16 of AD (84.20%) and 7 of VaD (77.80%). There was no significant difference in POD between AD and VaD. Of the risk factors, age {(OR) = 0.14; [(CI) 1.03–1.25]; P<0.05} was independently associated with POD in patients undergoing surgery. Prevalence of delirium was not correlated with conditions, such as hypertension (HTN), diabetes mellitus (DM),
gender and CRP value {HTN, 42.90% vs. 43.60%: DM, 45.50% vs. 33.30%: female, 27.2% of 63.0 vs. male 13.8% of 32.0}.
Conclusion: Dementia play a key role in the predisposing factor of POD in elderly patients, but found no clinical difference between two subgroups. It is estimated that AD and VaD would share the pathophysiology, two subtype dementia consequently makes a similar contribution to delirium incidence rates in elderly postoperative patients. The results of our study may contribute to reduce POD occurs through potentially vulnerable patients care.