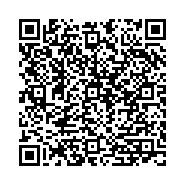 The sclerosing mesenteritis (SM) is a rare, non-specific inflammatory condition, mainly affecting the benign intestinal mesentery. It is known that she is diagnosed mainly during the sixth and seventh decade of life and seems to be two times more common in men than in women. The etiology of SM remains unknown, although several mechanisms have been suggested contributors, including surgery or abdominal trauma before, autoimmunity, paraneoplastic syndrome, ischemic injury and infections. The major signs and symptoms are abdominal pain, presence of palpable abdominal mass, nausea and vomiting, bowel changes, weight loss, small bowel obstruction, chylous ascites and peritoneal irritation signals. About of 10% of the patients are asymptomatic. The radiological study, especially computed tomography (CT) and magnetic resonance imaging (MRI) are essential components in the diagnostic evaluation. The ''greasy'' ring signal and the pseudocapsule tomographic findings are considered specific tumoral this pathology. The diagnosis is established by histopathologic study. There is no specific treatment for SM and should this be empirical and individualized. Although they are described cases of spontaneous remission, some authors have shown benefit with the empirical treatment using corticosteroids, colchicine, immunosuppressants, antibiotics, tamoxifen, alone or in combination. The surgical approach has a limited role and usually aimed at symptomatic relief. In most cases, the prognosis is favorable.