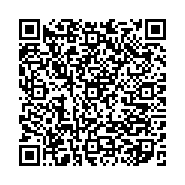 Spinal generated movement disorders are uncommon. An elderly gentleman presented with distressing jerks of both lower limbs which caused him much social embarrassment. He had received psychiatric treatment for these abnormal muscular spasms without relief. He had become depressed and withdrawn when he first presented to our outpatient department. A routine clinical examination followed by a long-term video EEG with simultaneous EMG clinched the diagnosis of a spinal segmental myoclonus. He underwent spinal decompression surgery with fixation followed by treatment with levetericetam and clonazepam which relieved his symptoms. Spinal generated movement disorders are uncommon and are often attributed to a psychiatric disorder in the absence of a better explanation. We take this opportunity to elaborate on the case details, investigations and the treatment of spinal myoclonus.