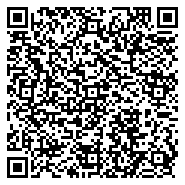 Aryl hydrocarbon receptor (AhR) plays a central role in mediating detoxification induced by chemicals. Interestingly, recent studies have demonstrated an exciting new role for AhR in the regulation of of inflammation and autoimmune diseases. Also, chronic inflammation is considered to be the underlying cause of most clinical disorders including autoimmune, cardiovascular, neurodegenerative diseases, obesity, as well as certain types of cancer. Thus, developing novel anti-inflammatory drugs can have major impact on health, worldwide. Numerous endogenous and plant derived products are AhR ligands. Resveratrol (RES; 3,5,4’-trihydroxystilbene), a nonflavonoid polyphenol found in mulberries, peanuts and grapes. Our laboratory has done pioneering studies identifying that RES activates AhR to exhibit anti-inflammatory properties. We have tested the effect of RES on a number of inflammatory and autoimmune diseases including multiple sclerosis, staphylococcal enterotoxin B-induced lung inflammation, vascular inflammation, colitis, and diabetic embryopathy. We have noted that RES triggers multiple pathways of immunomodulation to suppress inflammation including induction of apoptosis through upregulation of Fas and FasL in activated T cells, induction of myeloid-derived suppressor cells (MDSCs), regulation of SIRT 1 and NFkB pathways, as well as p53 and phosphorylated p53. Because the underlying inflammatory pathways that trigger autoimmune diseases constitute diverse elements such as effector Th1 and Th17 cells and cytokines, innate immunity, autoantibodies, FoxP3+regulatory T cells and MDSCs, from the therapeutic viewpoint, compounds such as RES that activate AhR are ideal because of their diverse modes of action. The aryl hydrocarbon receptor (AhR or AHR or ahr or ahR) may be a protein that in humans is encoded by the AHR gene. The aryl hydrocarbon receptor may be a transcription factor that regulates organic phenomenon. It had been originally thought to function primarily as a sensor of xenobiotic chemicals and also because the regulator of enzymes like cytochrome P450s that metabolize these chemicals. The foremost notable of those xenobiotic chemicals are aromatic (aryl) hydrocarbons from which the receptor derives its name. More recently, it's been discovered that AhR is activated (or deactivated) by variety of endogenous indole derivatives like kynurenine. Additionally to regulating metabolism enzymes, the AhR has roles in regulating immunity, somatic cell maintenance, and cellular differentiation. The aryl hydrocarbon receptor may be a member of the family of basic helix-loop-helix transcription factors. AHR binds several exogenous ligands like natural plant flavonoids, polyphenolics and indoles, also as synthetic polycyclic aromatic hydrocarbons and dioxin-like compounds. AhR may be a cytosolic transcription factor that's normally inactive, sure to several co-chaperones. Upon ligand binding to chemicals like 2, 3, 7, 8-tetrachlorodibenzo-p-dioxin (TCDD), the chaperones dissociate leading to AhR translocating into the nucleus and dimerizing with ARNT (AhR nuclear translocator), resulting in changes in gene transcription. The AhR protein contains several domains critical for function and is assessed as a member of the essential helix-loop-helix/Per-Arnt-Sim (bHLH/PAS) family of transcription factors. The bHLH motif is found within the N-terminal of the protein and may be a common entity during a sort of transcription factors. Members of the bHLH superfamily have two functionally distinctive and highly conserved domains. The primary is that the basic-region (b), which is involved within the binding of the transcription factor to DNA. The second is that the helix-loop-helix (HLH) region, which facilitates protein-protein interactions. Also contained with the AhR are two PAS domains, PAS-A and PAS-B, which are stretches of 200-350 amino acids that exhibit a high sequence homology to the protein domains that were originally found within the Drosophila genes period (Per) and single-minded (Sim) and in AhR’s dimerization partner the aryl hydrocarbon receptor nuclear translocator (ARNT). The PAS domains support specific secondary interactions with other PAS domain containing proteins, as is that the case with AhR and ARNT, in order that dimeric and heteromeric protein complexes can form. The ligand binding site of AhR is contained within the PAS-B domain and contains several conserved residues critical for ligand binding. Finally, a glutamine-rich (Q-rich) domain is found within the C-terminal region of the protein and is involved in co-activator recruitment and transactivation. AhR ligands are generally classified into two categories, synthetic or present. The primary ligands to be discovered were synthetic and members of the halogenated aromatic hydrocarbons (polychlorinated dibenzodioxins, dibenzofurans and biphenyls) and polycyclic aromatic hydrocarbons (3-methylcholanthrene, benzo[a]pyrene, benzanthracenes and benzoflavones). Research has focused on present compounds with the hope of identifying an endogenous ligand. Present compounds that are identified as ligands of Ahr include derivatives of tryptophan like indigo dye and indirubin, tetrapyrroles like bilirubin, the arachidonic acid metabolites lipoxin A4 and prostaglandin G modified LDL and a number of other dietary carotenoids. One assumption made within the look for an endogenous ligand is that the ligand are going to be a receptor agonist. However, work by Savouret et al. has shown this might not be the case since their findings demonstrate that 7-ketocholesterol competitively inhibits Ahr signal transduction. RA is an autoimmune disorder that causes chronic inflammation in joints and organs throughout the body. a reasonably common disease affecting 1.3 million people in America alone, RA includes symptoms that are painful and debilitating. The American Academy of Allergy Asthma & Immunology reports that signs of a possible immune deficiency in adults include: Having quite four ear infections in one year. Developing pneumonia twice during a one-year period. Affected by chronic sinusitis or quite three episodes of bacterial sinusitis during a year.