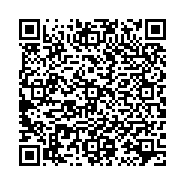 The Influence of Brain Lesion on Musical Masterpieces of Famous Composers

The changing of musical capabilities, after cerebrovascular or neurodegenerative lesions in neuropsychological literature, are referred, over all, to musicians affected by aphasia. Generally, authors examine the relationship between amusia and aphasia and the potential decays of musical general skills. Particularly uncommon is the investigation of pre-lesional versus post-lesional productions of music composers. The rare descriptions that we find in literature, tend to conclude that the postlesional productions maintain a good creativity level.

In the following paper a group of researchers - neurologists, musicians and specialists in music composition- are comparing pre-lesional masterpieces of one composer manifesting cerebro-degenerative disease (Maurice Ravel) and four composers suffering cerebrovascular lesion (Benjamin Britten, Alfred Schnittke, Vissarion Shebalin, Franco Donatoni) with their postlesional compositional productions, applying an objective methodology. Their conclusions are that the examined composers employ, in their post-lesional masterpieces, simplified structures, or simple classic models, or reminiscences, influences and citations referred to their previous experience or related to harmonic traditional forms, in a less elaborate structure, frequently fragmented, static and repetitive. The compositional contextual character doesn’t change and maintains, in some way, a “poetry", but the application modality becomes more "technical". The Authors suggest that, in order to be objective in her analysis and conclusions, neuro-aesthetic requires the application of well-defined methodologies and scientific procedures.