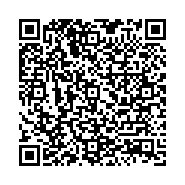 Translational Research in Radiotherapy of Pancreatic Adenocarcinoma: A Review

Cancer of the pancreas is one of the tumors with the worst prognosis. Radiation therapy has been proposed as an exclusive or adjuvant/neoadjuvant treatment. However, its effectiveness is limited by the low tumor radiosensitivity and by the frequent and early hematogenous metastasis. In order to improve the results of radiotherapy, various protocols of concurrent chemoradiation have been extensively tested. The clinical results have been disappointing and the role of concurrent radio-chemotherapy combination is widely debated.

More recently, a series of preclinical studies attempted to identify potential targets in pancreatic cancer to allow individualized treatments, to increase radiosensitivity and, more generally, to improve effectiveness of radiation therapy. In this context, EGFR, KRAS, p53, and ATDC have been studied as potential targets. While cetuximab, nelfinavir, recombinant adenovirus-p53 and cyclopamine were tested as potential targeted therapies.

Although most of published studies are preliminary (phase I or phase II), they produced some promising results and therefore larger phase III trial can be justified. It is possible, in the future, that the standard management of pancreatic carcinoma will be represented by multi-modality treatments combining conventional therapeutic strategies (chemotherapy, chemo-radiation) with novel targeted drugs.