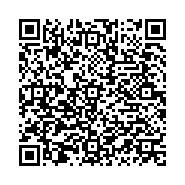 6-Year Retrospective Study of Hydatid Cyst in Ahvaz Hospitals from 2013-2019.

Hydrated cyst is a common parasitic disease between humans and animals. Hydrated cyst disease is the most widespread and serious human cestode infection in the world and Iran is located in the hyperemic region in terms of the prevalence of this disease.

Infection with the larval stage of the Echinococcus granulosus worm has been known for a long time. Hartmann isolated the adult worms from dog intestines for the first time in 1690 [1]. The parasite is abundant in most tropical and subtropical regions of the world, especially in areas with a close relationship between humans and dogs [2]. The disease has been reported in South America, Eastern and Southern Europe, the Mediterranean, South Australia, New Zealand, northern China, Central, and South Africa, as well as in North America [3, 4]. According to Manson Bahr (1961), 16.6% of the island's inhabitants were larval and 28% of dogs were infected with adult worms [5,6]. The distribution of hydatidosis worldwide is shown on the map (Figure 1). According to studies by the World Health Organization, one million people get hydrated cyst every hour, a disease found all over the world except the poles. In endemic areas, the annual incidence of the disease in humans is 50 per 100,000 people and the prevalence is 5-10% (6). Humans are infected by eating water, contaminated food and vegetables, and even touching or licking a human hand with an infected dog [7]. What should be considered about hydatidosis is, firstly: the clinical manifestations of the disease generally appear several years after the onset of infection, and secondly: most of the disorders resulting from the disease are related to the pressure resulting from the growth of cysts in the organ [8]. The primary treatment for hydatidosis is surgery and cyst (s) removal. In cases where surgery is not easily possible, the drug treatment of albendazole and mebendazole is used [9]. Cysts are usually diagnosed by imaging, CT SCAN, ultrasound, and serological tests [10]. Since the most significant guide and determinant of human infection in a region is the annual incidence of diagnosed or operated cases, and considering that in this region of our country so far a comprehensive and accurate study on the prevalence of facial disease, Therefore, the present retrospective research is to determine the prevalence of hydrated cyst in Ahvaz so that it can be helped to eradicate and control this disease with careful planning. Figure 1: The abundance of hydatid cysts in the world.

This study has been approved by the Medical Ethics Committee of Ahvaz Jundishapur University with the ethics code IR.AJUMS. REC.1400.206. Hydatidosis is one of the most important zoonotic diseases in Iran; it is estimated that it accounts for approximately 1% of surgeries performed in our country. In Iran, accurate statistics on the prevalence of infection in people are not yet available, but based on studies conducted on patients in hospitals, it is estimated that 1-1 / 12 out of every 100,000 people have hydatidosis. Infection of dogs in the provinces of Isfahan, Mazandaran, West Azerbaijan, and Ilam is between 63- 45% and in other regions of the country is on average 20% and in Sistan and Baluchestan is about 3.3%.

In the present retrospective study, referring to the pathology department of Ahvaz medical centers and reviewing the archived offices, the required information was extracted from patients who underwent surgery for hydrated cysts in Ahvaz hospitals between 2013-2019. These centers included: Shafa Hospital, Imam Khomeini Hospital, Razi Hospital, and private laboratories in Ahvaz. A researcher-made questionnaire including information related to the desired variables such as age, sex, location, occupation, organ involved, disease recurrence, positive serology, positive ultrasound for cyst, and positive CT scan for cyst was designed and completed. The validity and reliability of these forms were considered and examined. The results were then analyzed by SPSS ver.16 statistical software. Inclusion criteria: The study population included all patients hospitalized in the mentioned hospitals during the six years between2013-2019 and were treated with the final diagnosis of hydrated cyst. Cases that did not have a definitive diagnosis or a case other than hydrated cyst was reported were excluded from the study.

94 patients underwent surgery in Ahvaz hospitals between 2013- 2019 and were evaluated based on age, sex, ethnicity, number, and location of cysts, and occupation and finally evaluated using the SPSS statistical program. Out of 94 patients: 48 were female (51%), and 46 were male (49%). The number of cysts in men and women was not significant. Based on the age of the patients, the age variations ranged from 17 to 80 years of age, and the mean age was 47 years. The patients were divided into six age groups. The highest age group was 39 to 49 years. According to the Mann-Whitney test, the age distribution of patients with hydrated cysts is the same between men and women. In terms of ethnicity, patients were classified as Arab and Persian, but no significant difference was observed between ethnicity and disease. In terms of occupation and involvement of hydrated cyst: housewife, employee, farmer, butcher, and freelancer. Patients were classified with no significant difference. All patients were examined using ultrasound or CT scan, and in many cases, chest photographs and the primary methods for examining the disease were radiological methods, especially ultrasound. In the chi-square test, there is a statistically significant relationship between the positive results of radiological examination (solography, chest radiography and CT scan) with the patient's organ (P <0.001). Among these methods, the frequency of ultrasonography was the highest and the frequency of chest radiography was the lowest (Table 1). In terms of the number of cysts: 91.4% had one cyst, 7.5% had two cysts and 1.1% of all patients had three cysts. Patients were also examined for the cyst location: the most critical location of the cyst was in the liver tissue, and three patients had cysts in several organs. The relationship between the patient's age and the organ involved and the sex ratio of the patient and the organ involved by the Kruskal-Wallis method were not statistically significant (P = 0.08).

Table 1. Demographic information of patients undergoing hydatid cyst surgery in the period of 2013-2019 in Ahvaz hospitals.

Hydatidosis is a parasitic disease that is endemic in many developing and even developed countries in abundance between humans and domestic animals and dogs [11]. A 2010 retrospective study by Cook et al. Found that out of 1,200 deaths from hydatidosis between 1990 and 2010 in several countries, including Australia, New Zealand, Cyprus and the Falkland Islands, Disease control and prevention programs are the best way to prevent the development and spread of hydatidosis. Epidemiological surveys help determine the extent of infection in an area and the annual incidence of diagnosed or operated cases. In a retrospective study published in 2004 by Norah et al., A study of 4,850 surgeries performed in hospitals across the country between 1986 and 1990 found that the prevalence of the disease varied in different parts of Iran. The highest prevalence was 4.45 per 100,000 people in the whole region of Khorasan, of which 43.6% were patients living in rural areas and 56.4% in urban areas. Reported pulmonary cysts were 46.2% and liver type was 42% and 55% of patients had only one cyst. [12] No significant difference was observed between hydatidosis and gender in the present study; however, a significant difference was observed between hydrated cyst infection and age. The most affected age group was 39-49 years old and the liver was the most affected organ. The results of this study were similar to the study of Rouhani et al. Hydatidosis was found to be 51% of female and 49% of male patients, and the most affected age was 16-50 years. The liver had the highest incidence (48%), followed by the lungs (38%). [13] In another study by El Mansoura et al. In Morocco, the relationship between hydatidosis and age was significant. [14] In a ten-year study of hydrated cysts conducted by Shoaei et al. Between 003-2013, the age range of the subjects was 5-86 years, and the maximum age of involvement was 20- 40 years. Despite the high incidence of the disease in women, there was a significant difference. No relationship was observed between sex and hydatidosis. [15] In a 22-year study of hydrated cysts in Kermanshah conducted by Hamzavi et al., The prevalence of hydrated cysts was 1.41 per 100,000 people. [16] In a study of surgical cysts performed at Ayatollah Alleghany Hospital in Tehran between 1995 and 2004, Rouhani et al. reported that 56% of the 43 operated cysts were female and 44% were male. The highest infection rate was reported in the age group of 20- 39 years, and the most critical organ in the liver was 74%. [17] Zarghami et al.,

In their study conducted in 1990 on 359 cases of hydrated cyst surgery performed in Imam Khomeini Hospital in Tabriz, reported that the most affected organ was the liver with 43% and then the brain. [18] In this study, no significant relationship was observed between job and hydatid cyst. In a study conducted by Ghani et al. In 2012 in the northern provinces of our country, out of 62 patients with a mean age of 8-81 years, the highest rates of disease were in housewives (40.3%) and farmers (6.6), respectively. 22%), students (8.1%), ranchers (6.5%), and other cases (22.6%), in 71% of cases liver cysts and 16.1% of cases of hydatidosis were observed. [19] Moreover, bone cysts were observed in 2 cases (2.1%). According to analyses, the rate of bone cysts in humans is about 0.5-2.5% of cysts. Clinical and radiographic signs and CT scans of patients with bone hydatidosis are similar to those of tuberculosis. The most suitable way to diagnose bone hydatidosis is MRI which can show cystic spaces. Gramizadeh, in a retrospective study of 20 years in 2003 regarding the unusual manifestations of hydrated cysts in human samples, reported 463 cases of unusual cysts in organs such as the central nervous system (brain, spinal cord), musculoskeletal system, heart, Kidney, Thyroid, and even salivary glands.

In the end, it should be noted that hydrated cyst disease is native to our region and is still a serious health problem and causes a lot of material and spiritual damage, and various organizations in the country, led by the Ministry of Health and Education Medicine as well as the veterinary organization of the whole country. Furthermore, many human and material resources are spent to control and treat hydrated cyst disease in humans and livestock.

The authors declare that there are no conflicts of interest regarding the publication of this manuscript.