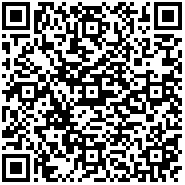 A brief review on peptide toxins from Cone snail (CONOTOXINS)

Cone snails are marine gastropods serving as a source for the production of various bio-active compounds. These bioactive compounds are used by pharmaceutical industries for developing drug formulations with less toxic effects. Cone snail peptides are of significant importance, as these peptides are exhibiting large chemical diversity and potency towards targeting specific membrane receptors. Conopeptides are venom peptides used by cone snails for prey capturing and defense. These peptides are capable of specifically modifying various ion channel transporters and membrane receptors. Conopeptides contains about 60-80 amino acids and is mostly studied at mRNA and protein level. Conopeptide synthesis proceeds in such a way, that the signal and pro-peptides are cleaved by proteolysis yielding the final matured peptide. These final matured peptides have small structural units, capable of modifying specific ion channels of the mammalian nervous system. Conopeptides have high potential towards ion channels, making them as an ideal drug lead

Conopeptides are synthesized as long peptide precursors containing a N-terminal signal peptide (~ 20 AA) and a propeptide (20–30 AA) sequence [2]. These signal peptide sequences target the conopeptide secretion, while the pro-peptide assist in proper folding. Both the signal and the pro-peptide are further cleaved by proteolysis, yielding the final matured peptide [3]. Signal sequences are conserved, but the mature toxin sequences, at the C-terminal are highly divergent. Final matured peptides are capable of having high frequency towards post-translational modifications. Due to its high potency towards ion channels, these peptides gain more attention in the field of neuropharmacology as drug leads. Conopeptides are mostly studied at the mRNA and peptide level, but only a little is known about their gene structure. Mature peptides of the O1-superfamily are each coded in a different exon separated by long introns. Each region of the pre-pro-peptide sequences were diverged at very different rates. Signal sequences are highly conserved, even at the nucleotide level within the superfamily (almost no synonymous substitutions), but the mature peptide region had mutation rate that is more than ten times higher [4].

For most conopeptide superfamilies (I1, M, O2, O3, P, S, T), gene structure is similar to that of O1 superfamily. First exon has coding sequences for 5’ untranslated region (UTR), followed by signal peptides, and also few codons of pro-peptide. Second exon codes for pro-peptide and the third exon for mature peptide and 3’ UTR. These three exons are separated by introns that are more than three kilo bases (kb) long. I 2- superfamily conopeptide genes also have three exons and two introns; however, the order of their functional part is quite different. In this case, the propeptide comes after the mature peptide in the last exon and is termed a post-peptide [5].

Intron sequences are conserved within superfamilies among different species, just like the signal peptide sequences and this is known as conopeptide diversity. Thousands of peptides with different masses were detected in the cone snail venom using modern ultra-sensitive mass spectrometry technologies [6].

Each cone snail species expresses roughly one hundred to several hundred conopeptide genes. These conopeptide genes are thought to be under diversifying selection. Alternative splicing have been detected for at least one conopeptide. Main mechanism for increasing the variability of conopeptides appears to be the post-translational modification. Maturation process of conopeptides includes cleavage of both the signal and propeptide along with various other processers such as the formation of disulfide bridges, C-terminal amidation, and hydroxylation of proline at its C-4 site [7]. To date, 16 different naturally occurring post-translational modifications have been described for conopeptides. Cleavage of the N-terminal pro-peptide is not sitespecific and amino acids can also be cleaved from the C-terminus. Both alternative post-translational modifications and cleavage of the pre-pro-peptide are reported to be observed. For instance, venom peptide from Conus marmoreus contains an average of 20 different and a maximum of 72 unique masses per precursor sequence.

Con-ikot-ikot was identified from the venom of the cone snail, C. Striatus. It is a unique conotoxin eliciting effects on the alpha-amino-3-hydroxyl-5-methyl-4-isoxazole propionic acid receptors, thereby inhibiting channel desensitisation. This conotoxin precursor encoded a large number of conotoxins having around 86 amino acid residues. This conopeptide exists as covalent homodimer with three inter-subunit disulphides. This homodimeric peptide toxin fills the gap in between the amino terminal- and ligand binding domains of the AMPA receptor. This proves the insight of this peptide into receptor desensitization and paves the way for the development of new therapeutic agent [8].

Con-ikot-ikot was isolated from Conus striatus. It has 86 amino acid residues with an average mass of 9432.69. The first 27 amino-acids have been sequenced by Edman degradation. X-ray crystallographic data indicates that it acts as an dimeric complex. Agonist is required for toxin-receptor binding. Toxin spans the receptor gating ring. Conus striatus toxins acts as a positive allosteric modulator and as orthosteric agonists [9]. Analysis of con-ikot-ikot to hippocampal slices caused rapid increase in resting AMPAR-mediated current leading to neuronal death. Conotoxin p21a, has a unique 10cystein, 5disulfide and does not form a dimer

Conantokins were isolated from the venom of the pisivorous cone snail and has 18 amino acid residues with an average mass of about 2264. Conantokin-G is active against the NMDA glutamate receptors, and acts as an NR2B-selective competitive antagonist. Conantokin G (Con G) acts as an antagonist to N-methyl-d-aspartate (NMDA) receptors. GVIA is a ω-conotoxin, specific inhibitor of Cav 2.2, a voltage-gated Calcium channel. Conantokin-G and conantokin-T are naturally occurring peptide components. Con-G acts as a neuroprotective agent, with an excellent therapeutic potential to combat ischemic/excitatory brain injury.

Novel conopeptide, conanotokin-L was isolated from the venom of Conus lynceus. This peptide has 20 amino acid residues. Conantokin belonging to B1-Superfamily has an average mass of about 2207.26. Conantokin-L is active against the NMDA glutamate receptors. C-terminal sequences of conantokin-R and conantokin-L are the main components responsible for anticonvulsant activity.

Conantokins are 21-amino acid residues, capable of inducing sleep-like symptoms in young mice. This peptide was purified and its amino acid sequence was determined using chemical synthesis. Conantokin-T causes inhibition of N-methyl-Daspartate (NMDA) receptor. Two cysteine-rich antibacterial peptides such as, turgencin A and turgencin B were isolated from the colonial ascidian, Synoicum turgens. Turgencin AMox1 peptide with one oxidized methionine residue inhibited the growth of melanoma cancer cell line [10]. These natural peptides isolated from marine tunicates could have potential to act as promising drug leads.

Cone snails synthesize various biological venom components. These biological components are of significant interest to the pharmaceutical industries, to serve as analgesics and antiinflammatories. Cone snail venom holds up thousands of different cono-peptides playing, a significant role in defending and prey capturing. Different families of these conopeptides possess specific properties towards the sodium channels and the nicotinic acetylcoline receptors, either blocking or activating them. Conopeptide synthesis takes place with the pre-pro peptide acting as the substrate, catalyzing the formation of mature peptide by proteolysis. These matured peptides have small structural units, which are known to modify ion channels. Most of these venom peptides have cysteine residues, capable of blocking ion channels. However, the properties of conopeptides, in terms of their flexibility and specificity towards ion channels, make them an ideal souce for pharmaceutical industries as drug leads. All conopeptides mentioned have significant activity and specificity towards a variety of ion channels, inhibiting or increasing the efficiency of ion channels. Further, some of these conopeptides having good binding efficiency and being lipophilic have entered clinical trials. These host defense peptides, on the other hand serve as suitable drug molecules for curing Alzheimer, Parkinson and Epilepsy.