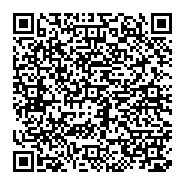 Copyright: © 2017 Mewara BC, et al. This is an open-access article distributed under the terms of the Creative Commons Attribution License, which permits unrestricted use, distribution, and reproduction in any medium, provided the original author and source are credited.

Methods: It is descriptive, retro-prospective study of 100 (hundred) cases of perforation peritonitis seen and treated over a period of two years.

Conclusion: In contrast to western literature, where lower gastrointestinal tract perforation, upper gastrointestinal tract perforation constitute the majority of cases in India. The high rates of mortality among these who presented late divert attention to the fact early recognition of symptoms and referral of patients is very important in reducing mortality and morbidity.

Perforation is the most disastrous complication of peptic ulcer andinspite of modern management it is still life threatening catastrophe (Hugh TB, 1990). Gastrointestinal (GI) tract perforations can occur due to various causes, and most of these perforations are emergency conditions, that require early recognition and timely surgical treatment [1]. The mainstay of treatment for bowel perforation is repair of perforation, surgically, Endoscopic, Laparoscopic and laparoscopic assisted procedures are now being increasingly performed instead of conventional laparotomy.

Perforation of a duodenal ulcer allows egress of gastric and duodenal contents into the peritoneal cavity with a resulting initial chemical peritonitis. If continuing leakage of gastro duodenal contents, bacterial contamination of the peritoneal cavity can occur [2,3]. Peritonitis due to perforation of gastro intestinal hollow viscus is the common surgical emergency in India and the spectrum of disease is different from that found in the western world. The advent of proton pump inhibitors and helicobacter pylori eradications in the management of chronic peptic ulcer disease has reduced the operative treatment of this condition to its complications. But yet perforated duodenal ulcer remains a major life threatening complication of chronic ulcer peptic disease. Despite advances in surgical techniques, antimicrobial therapy and intensive care support, management of peritonitis continues to be highly demanding, difficult and complex [3].

The patients coming to our hospital are from rural areas and low socio-economic status and for their tiredness they are abusing the painkiller (hari panni ki goli) with their empty stomach usually. Out of 100 cases 69 patients have history of the using painkiller within 15 days of perforation for any reason and usually present late to the hospital and thus leading to higher morbidity and mortality [4]. 83 patients out of 100 patients comes to this institute with low serum protein (<6 gm/dl).

This study was carried out in Department of Surgery of Jhalawar Hospital and Medical College, Jhalawar, the rural belt in the southern East Rajasthan. The education of population of this territory is below average, and the peoples are very unaware about their health. Most of them were abusing the painkiller (hari panni ki goli) with their empty stomach. Out of 100 cases 79 patients have history of the using painkiller within 15 days of perforation for any reason.

Here we do the descriptive epidemiological, prospective study of 100 patients of perforation peritonitis who were admitted in the Surgery Department of Jhalawar Hospital and Medical College, Jhalawar over a period of 2 years (April 2014 to March 2016). All patients of perforation peritonitis were operated and the medical report of patients were completed all patients were interviewed by the study investigator and operative data was taken from patients record [4].

Information was documented under the following headings:

The mean age of presentation was 40.29 years. The maximum number of patients of gastrointestinal perforation were in the age group of 31-40 years (23 patients, 23%) followed by in the age group of 21-30 years (20 patients, 20%). There is shifting of age group of perforation one decade earlier (from 41-50 to 31- 40), this may be because of use of non-steroid anti-inflammatory drugs (NSAID), because 79% of patients having the history of the using NASAIDs within 15 days of perforation or before. There were 14 patients (14%) in the age group of less than 20 years and only 4 patients (4%) were in the age group of more than 70 years. Male outnumbered female. There are 89 males (89%) and as compared to 11 females (11%) M: F ratio was 8.1:1. Most of patients belong to the low socio-economic class (67%) while its incidence in the effluent class was very low (3%). Out of 100 patients only 34 patients had presented within 24 hours of onset of symptoms and the 66% patients had presented after 24 hours of onset of symptoms. Peptic (Gastro duodenal) perforations (81%) was the commonest, which was followed by small bowl perforation (13%) (jejuna 4, ileal 9), appendicular (5%), and one case of ceacal perforation (Table 1) pain was the most common complain present in all (100%) patients, followed by vomiting (74%), abdominal distension (64%), fever is present only in 23%, while constipation was present in one fourth of perforations (Table 2).

Out of 100 patients, 7 patients (7%) died in the post-operative period. All of these 7 patients had presented late, after the 48 hours of the onset of symptoms with poor general condition and preoperative shock, anemia, and uremia. None of them was belongs from effluent class.

The 9 patients, out of 14 patients in whom complications were noticed, were presented late after 48 hours of onset of symptoms. Only 17% patients have the serum protein level >6 gm/dl (Table 4).

This study was intended to evaluate the spectrum of gastrointestinal perforation peritonitis in the Jhalawar Hospital and Medical College Jhalawar, the rural belt in the southern East Rajasthan. In our study we found that among the patients presenting in the Jhalawar Hospital and Medical College Jhalawar with gastrointestinal perforation peritonitis, majority of patients were young males in the age group of 21-40 years, the youngest one was 10 years old which was jejunal. Most of the patients presented late, usually more than 24 hours of onset of symptoms, to the hospital. The commonest site of perforation was peptic (gastro duodenal) 81% [4-6], followed by small bowel (jejunum and ilium) 13%. Other sites i.e. appendix, colon, are less common site of perforation.

The results of our study are comparable with other published series in terms of demo graphy [4,5,7]. Here is shifting the age decades younger (from 41-50 to 31-40 years) in the present study. Pain is the most predominant feature and is present in almost all the patients [8]. In the present study all the patients had pain abdomen (100%), followed by vomiting (74%) and abdominal distention (64%). The constipation (25%) was present in 1/4th of all patients. Similar observations were made by Ghooi and Panjwanial [8] and Desa et al. [9] in their studies. Most of the patients (64%) presented late, usually more than 24 hours of onset of symptoms, to the hospital. Though Buddhraj et al. [10], found wound infection as commonest complication followed by faecal fistula. In this study the wound infection (11%) is second commonest complication after fever (14%). Complications usually occur in perforation with small bowel rather than peptic and also with low serum protein.

We had the study of 100 cases of perforation peritonitis in the Jhalawar Hospital and Medical College Jhalawar, the tribal belt in the southern East Rajasthan. The education of population of this territory is below average, and the peoples are very unaware about their health. Most of the people remain empty stomach and doing hard work and for their tiredness they are abusing the painkiller (hari panni ki goli) with their empty stomach. Out of 100 cases 69 patients have history the using painkiller within 15 days of perforation for any reason.