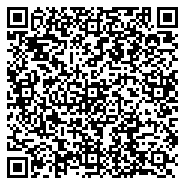 Aims and Objectives: The aim of this study is to compare Laparoscopic Retroperitoneal Pyelolithotomy (LRP) and Percutaneous Nephrolithotomy (PCNL) in the management of large (>2 cm) solitary stones of renal pelvis.

Materials and Methods: This was a prospective randomized study in which patients with solitary renal pelvic stones larger than 2 cm were randomized in to two groups, LRP Group and (PCNL) Group. The characteristics which were compared between the two groups include operative time, intraoperative complications; postoperative pain assessed by visual analogue scale (VAS) score and analgesic requirement, maximum stone clearance, conversion to open pyelolithotomy, postoperative complications and hospital stay.

The life time prevalence of kidney stone disease is estimated at 1%-15%, with the probability of having a stone varying according to age, gender, race and geographic location [1]. The primary goal of surgical stone management is to achieve maximum stone clearance with minimal morbidity to patient. Various surgical treatment options available include:

The ideal procedure to deal with large renal stones would be the one that achieve complete stone free status with minimal morbidity and with the least number of procedures. The traditional standard procedure was open nephrolithotomy, which evolved into PCNL or Retrograde Intrarenal Surgery and Laparoscopic Pyelolithotomy (LPL) [6].

With the recent development of technique in laparoscopic surgery, Laparoscopic Pyelolithotomy (LPL) has been frequently considered as an effective procedure in the management of large renal stones. There are some advantages to LPL, the first and most obvious advantage is that most of the stones can be removed integrally, ability to minimize bleeding, lessen pain, and lower morbidity. However, despite the potential advantages of LPL, its usage is rare [7]. Percutaneous Nephrolithotomy (PCNL) is effective for large renal stones. It is minimally invasive procedure with higher Stone-free Rate (SFR), but there are still serious complications such as bleeding and postoperative sepsis [8]. Size of the stone is directly correlating with the overall incidence of complications after PCNL [9].

The present study has been undertaken to compare the two minimally invasive surgical procedures, laparoscopic Pyelolithotomy and percutaneous nephrolithotomy for the treatment of large (>2 cm) stones of renal pelvis and to evaluate the merits and demerits of each procedure.

This was a prospective randomized study between February 2012 and November 2018. Patients with age more than 15 years, size of calculus >2 cm, located within renal pelvis were included in the study. Patients with uncorrected coagulopathy, pregnant female patients, extensive prior abdominal and retroperitoneal surgeries, PUJ obstruction with secondary calculi and patients with ureteric stricture were excluded from the study. The patients qualifying for the study were randomly subjected to LRP and PCNL by simple randomization method and the results were analyzed statistically after applying appropriate tests to each result by SPSS software. The following characteristics were compared between the LRP and PCNL groups.

As with any technology-driven field, both laparoscopic surgery and endourology have made tremendous progress in recent years. The surgical treatment of urinary stone disease has evolved from primarily an open route to the minimally invasive methods like ESWL, Ureteroscopy, PCNL and RIRS. These new and minimally invasive modalities have markedly decreased the morbidity associated with the classical open surgeries In the present study which consisted of 120 patients (60 patients in LRP group and 60 patients in PCNL group) the overwhelming majority of the patients were in their reproductive age group (20- 40 years). There were more males than females in the LRP group whereas converse was true in case of PCNL group. However the most common age group was 20-40 years in both the groups.

We performed our procedures on renal stones that were larger than 2 cm and located in renal pelvis. The mean stone size was 3.08 cm in laparoscopic group where as it was 3.35 cm in PCNL group. The difference between the two groups was stastiscally not significant (p=0.07). Apul et al. [11] performed their comparative study in which mean stone size in LRP and PCNL group were 3.6 cm and 4.2 cm respectively. Alireza et al. [12] conducted their comparative study with mean stone size in laparoscopic group and PCNL group was 3.53 ± 0.733 and 3.66 ± 0.07 cm respectively.

In our study a total of 12 (20%), four major and eight minor, intra-op complications occurred in the LRP group. Four patients had bleeding that could not be controlled laparoscopically and were converted to open, four patients had migration of stones into the calyx that were not accessible laparoscopically and required conversion to open, peritoneal breach occurred in four patients where a veress needle was used to let the gas out of peritoneal cavity and the rent was closed primarily. In PCNL group we had six complications (10%). One patient had a pleural breach that required intra-costal tube drainage and two patients had bleeding that required blood transfusion. The difference between the two groups was stastiscally not significant (p>0.5). Li et al. [16] reported a major complication rate of 5.3% in standard PCNL. Syed et al. [17] review the records of 671 patients who had undergone PCNL and reported that complications occurred in 203 (30.3%) patients, renal parenchymal injury in 103 (15.4%), perioperative bleeding in 42 (6.3%), late bleeding in 6 (0.9%) renal collecting duct injury in 35 (5.2%), fever in 7 (1% ) colon perforation in 2 (0.3%) major vessel injury in 3 (0.4%) pneumothorax in 3 (0.4%) and hemothorax in 2 (0.3%) subjects. Mortality occurred in one patient with colonic perforation (0.15%).

There were a total of 22 complications in the postoperative period, 14 (23.33%) in the Laparoscopic and 8 (13.34%) in the PCNL group. Four patients in the Laparoscopic group had prolonged urinary leak that responded to conservative management, six had wound infection that responded to antibiotics, two had prolonged ileus and two had surgical emphysema. In PCNL group there were eight complications, two patient had bleeding that required blood transfusion and responded to conservative treatment, two had stent migration into the bladder with urinary retention, two had wound infection that responded to antibiotics and local wound care, and two had perinephric collection that required catheter drainage. The difference was stastiscally not significant. Maria et al. [13] reported post-operative complication rate of 12% (2/16) and 18% (3/16) in Laparoscopic and PCNL group respectively. In Laparoscopic group it was the urinary leak in 2 patients and in PCNL group it was bleeding in 3 patients. Syed et al. [17] reported in their study of 671 patients who had undergone PCNL at their center, late bleeding in 6 (0.9%), fever in 7 (1%).

There is no conflict of interest.