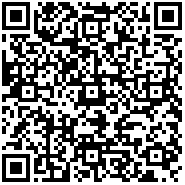 A Natural Remedy that Reduces Symptoms of Menopause

Menopause is a natural biological process that occurs twelve months after a woman’s last menstrual cycle. Consequently, women are no longer fertile after menopause. While the timing varies, the average age of women experiencing menopause is 51 [1,2]. Menopausal symptoms include hot flashes (sudden feelings of heat in the upper part of the body), irregular periods, sleep problems, weight gain, vaginal dryness, and mood changes [1,2]. Menopause 6 is a novel herbal remedy that has shown the ability to reduce these and other symptoms of menopause.

In addition, Menopause 6 exhibited significant effects in adjusting female sexual hormones and also dysfunctional immune system besides its effects on some psychological disorders. Pars Bioscience is pleased to be the first to make this product commercially available.

Menopause is most commonly caused by a natural decline of estrogen and progesterone, the two female reproductive hormones that regulate menstruation [2]. As these hormone levels decline, a woman’s menstrual periods eventually become more irregular until menopause. It is not surprising, then, that most menopause treatments focus on increasing estrogen and progesterone levels. Hormone therapy is the most common and effective treatment for hot flashes associated with menopause. However, hormone therapy has been shown to increase the risk of breast cancer and blood clots. Forms of alternative medicine, such as herbal supplements, acupuncture, and yoga, have also been used to treat menopausal symptoms [1,2]. While not regulated by the FDA, herbal dietary supplements are among the most common complementary treatments for menopause. Menopause 6 has been clinically shown to reduce and adjust menopausal symptoms by regulating female sex hormones [3-6], balancing the levels of these two hormones that may be due to dysfunctional immune system [7-10] (certain allergies, autoimmune thyroid disorder and antibodies to hormone production) and other factors such as psychological disorders and stress. As a result, Menopause 6 is a promising new therapy for women struggling with hot flashes, mood swings, or other symptoms of menopause (Figure 1). 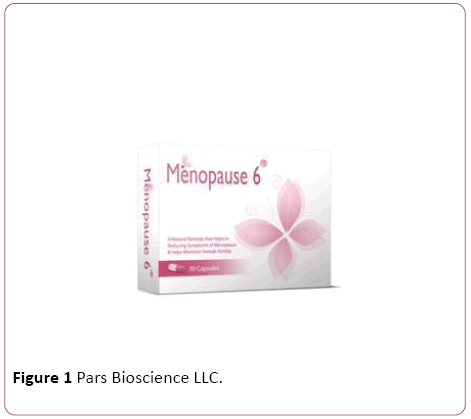 Menopause 6 a natural remedy that may help in reducing symptoms of menopause by adjusting estrogen and progesterone improper levels, and help maintaining female fertility.

Menopause 6 is a natural herbal remedy that consists of homogenous mixture of six Pharmacopoieal herbs in different proportions. These are:

These carefully chosen herbs contain phytoestrogens and other compounds that have beneficial therapeutic potentials in maintaining women’s fertility 3-6 and reducing menopause systems as well as adjusting other factors such as those related to psychological reasons and stress [7-11]. It showed distinctive effectiveness as observed by clinicians who used it on many cases of women aged between 40-60 years during the last five years. In addition, it helps in adjusting female sex hormones during menstrual cycle.

• Increases the level of estrogen and progesterone hormones in the blood serum.

• Stimulates the secretion of "Interleukin 2 (IL 2)," which is known to balance the immune system.

• Regulates the relationship between the immune system and the female sexual hormones.

Menopause 6 has distinctive effect as observed through clinical and laboratory studies performed. Several pharmacological tests were carried out to study the effect of this combination formula. Both acute and sub-acute toxicity (8 weeks) studies were carried out in experimental animals accompanied by studying the CBC, liver and kidney profile were conducted to study the toxic effect of this formula.

On the other hand, more than 435 female individuals (aged 35-59) were enrolled in this study; 351 suffering from ovulation disorders; 62 suffering from dysfunctional immune system and 22 suffering from psychological reasons and some other factors. The results of this study showed that Menopause 6 has the following effects:

• Effects in female individuals with psychological disorders and stress Immune boosting. Its effect is similar to those of the female sexual hormones estrogen and progesterone. Therefore, it can be used as a natural supplement in females aged 4060 to help reduce the symptoms of menopause and maintain female fertility.

Side effects: None reported so far.

Contraindications: None reported so far.

Recommendation: It is advised that Menopause 6 be taken regularly by women aged 40 and over.