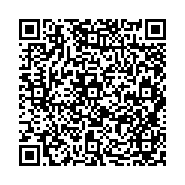 The diagnosis is made by characteristic combination of clinical signs, brain magnetic resonance imaging results and the presence of pathogenic biallelic mutations in specific genes: POLR3A, POLR3B, POLR3C which encode the RNA polymerase III enzyme subunits.

We present the case of a 32-year-old young man who presented with spastic ataxia due to a new rare mutation in the POLR3A gene, splicing variant c.3892-5C> T.

POLR3-related leukodystrophy is a hypomyelinating leukodystrophy, an inherited autosomal recessive disease, its diagnosis is based on the combination of clinical signs, characteristics specific to brain MRI and the presence of bi-allelic pathogenic variants in the genes encoding polymerase III (POLR3A, POLR3B or POLR3C, ...) (1,2).

It usually starts in early childhood but cases of late onset exist (1,2) (as in our observation). The phenotype is characterized by progressive spastic ataxia of adolescence with frequent occurrence of tremors, damage to the central sensory pathways and dental problems (hypodontia, periodontal disease) (3).

Autosomal recessive mutations in POLR3A are a common cause of hereditary spastic ataxia (3).

Polymerase III is responsible for the transcription of untranslated RNAs and the deregulation of tRNA production is at the origin of the phenotype (loss of Pol III function) (3).

A young man (C,M,B), 32years old, the 2nd of a family of 07, from a 2nd degree consanguineous couple, former plumber, ATCD of an unexplained fever at the age of 16 but without family ATCDS or similar cases in siblings.

Since the age of 20, progressive onset of muscle weakness in the left lower limb associated with tingling-type paresthesias, then extension of the same disorders to the contralateral lower limb with the appearance of a static disorder at the end of one year of evolution causing in the patient a gait disorder with an imbalance and frequent falls, sometimes traumatic.

The patient is confined to the wheelchair after 05 years of evolution, ie at the age of 25 years.

The clinical picture worsened further over time, with extension of the disorders to the upper limbs, the onset of dysmetria and an attitude and action tremor associated with dystonic attitudes of the limbs, hands, fingers and neck, making everyday gestures almost impossible (eg; eating or drinking, undressing or dressing, washing, etc.).

A language disorder like dysarthria has progressed according to its parents since the onset of the disorder. Currently, it has become very important, even an unintelligible language with hypophonia and dysphagia.

Elsewhere, the patient presents with vesico-sphincteric disorders and a decrease in vertical eye mobility.

The neurological examination found a pyramidal syndrome in the 04 limbs made of a significant spastic hypertonia, an impossible walk without help, bilateral mowing with a scissor walk on the tiptoes with bilateral help, exaggerated osteotendinous reflexes, Babinski's sign bilateral, bilateral foot clonus. A statokinetic cerebellar syndrome makes standing impossible, dysmetria of the upper limbs. Dystonia of the neck, and upper limbs. Eye tracking is impossible associated with psychic slowing down.

The somatic examination is unremarkable; no xanthoma, normal implantation of teeth (Figure 3), no polytrichia, no facial dysmorphia and cadiopulmonary auscultation without abnormality.

Figure 2: Brain MRI without and with injection of the contrast product.

A, B and C: Flair axial sections showing an extensive bilateral and symmetrical hypersignal of the supratentorial white matter affecting the U-shaped fibers (A, B) and subtentorial affecting the cerebellum and superior cerebellar peduncle (C)

The diagnosis of leukodystrophy in adults, of autosomal recessive transmission without neuropathy was made in our patient.

Genetic study revealed the presence of a rare new mutation in the POLR3A gene in the homozygous state, splicing variant c.3892-5C> T (Figure 2).

Figure3: Absence of dentition abnormalities in the patient with POLR3A-related leukodystrophy

Multidisciplinary management has been proposed for the patient, namely functional rehabilitation with injections of botulinum toxin and Baclofen for spasticity, speech therapy for dysarthria. A treatment based on Fampyra has been proposed but not available in Algeria.

The POLR3A mutation is the most common cause of hereditary spastic paraplegias and cerebellar ataxias. Thus, several mutations are described in the literature and the most important is the variant mutation c.1909 + 22G> A which is characterized in addition on cerebral MRI by a hypersignal of the superior cerebellar peduncle explaining the ataxia also present in our case. Teething and hormonal disorders can be seen in some POLR3A mutations but are absent with this new c.3892-5C> T mutation. Other symptoms can include dysphagia, cognitive impairment, dystonia and eye disorders.

RNA polymerase III is a nuclear enzyme essential for the transcription of genes, including tRNAs and many non-coding RNAs. The POLR3A and POLR3B genes encode the two largest subunits of the RNA polymerase III enzyme complex and POLR1C encodes a smaller but vital subunit of this enzyme complex. Mutations in these genes either alter the proper assembly of the RNA polymerase III enzyme, or alter its ability to bind to DNA, resulting in an alteration of myelin and other structures of the body (dentition, gonads ) (4-5-6-7-8-9-10).

A certain percentage of leukodystrophy remains without genetic evidence (30%) (9). The attention is now increasingly focused on analyzing introns that may hide the underlying genetic abnormality.

The clinical features and newly described mutations of the patients provide useful information for further exploration of the genotype-phenotype correlations of POLR3-related leukodystrophy.