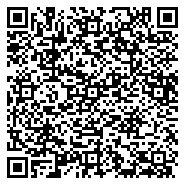 Upper cervical spinal cord infarction in the region supplied by the posterior spinal artery (PSA) is extremely rare. One of the causes of spinal cord infarction is vertebral artery (VA) dissection, which occurs headache or neck pain at a high rate [1-9]. We herein report a patient with upper cervical PSA syndrome without VA dissection. He suddenly developed the worst occipital headache of his life, followed by ipsilateral occipital neuralgia (ON).

A 78-year-old man with hypertension, diabetes mellitus, and dyslipidemia, suddenly developed the most severe throbbing pain that he had ever experienced in the right occipital region with vomiting. An abnormal sensation of the right upper limb occurred simultaneously. He was transported to our hospital by ambulance.

On examination, he was initially hypertensive, at 174/86 mmHg. He presented with neither cranial nerve abnormality nor muscle weakness; however, we observed severe disturbance of deep sensation in the right upper limb with sensory ataxia. Tenderness was observed in the upper cervical vertebra despite being negative for meningeal signs. Hyperglycemia (289 mg/dL) with high HbA1c levels (9.3%, NGSP) and hyperlipidemia (TG 175 mg/ dL, LDL 158 mg/dL) were observed. Cerebrospinal fluid revealed neither erythrocytes nor pleocytosis but showed high protein levels (71.2 mg/dL). The opening pressure was 200 mm H2O. T2- weighted and FLAIR MR imaging of the brain demonstrated a high-intensity area in a right dorsal lesion of the cervical cord at the C2 level [10], which was supplied by the right PSA (Figure 1). 3D-CT angiography revealed severe stenosis of the right vertebral artery (VA) without a string sign or double lumen. No aneurysm was detected (Figure 2). The right-sided N20 was poorly evoked among somatosensory evoked potentials. The severe occipital headache was improved with 400 mg of acetaminophen; however, a sharp and jabbing pain in the right greater occipital nerve region developed, followed by hypesthesia and hypalgesia, which was consistent with greater ON. A dose of 100 mg of carbamazepine daily showed good efficacy against ON. Sensory disturbance improved gradually, and he was discharged on the 16th day after admission.

Spinal cord infarction, especially in the territory of the PSA, is exceedingly rare. PSA syndrome due to spinal cord infarction is characterized by acute or sudden onset of pain, loss of deep sensation, and bladder-bowel disturbances. VA dissection or occlusion is considered to play an important role in the development of PSA syndrome in the cervical cord [6], and VA dissection could lead to the sudden onset of occipital or neck pain, which is important knowledge for emergency physicians because it might be misdiagnosed as other critical diseases such as subarachnoid hemorrhage.

A characteristic of this patient is that he presented with PSA syndrome with the worst headache of his life despite not presenting with VA dissection. The pathomechanism of pain due to an intramedullary lesion has not been elucidated; however, up-regulation of neuronal activity with an increase of excitatory glutaminergic activity or a change in voltage-sensitive Na+ channels has been suggested [11]. Furthermore, a pathological lesion in the root entry zone, which is an initial pain-processing center in the central nervous system [12], might have some associations with deafferentation pain by blockade of an afferent pathway.

Another characteristic of this patient is that ON followed a severe occipital headache. ON is defined as a unilateral or bilateral paroxysmal, shooting or stabbing pain in the posterior part of the scalp, involving the distributions of the greater, lesser, and/or third occipital nerves [13]. Although contracted cervical muscles and cervical spondylosis are often implicated, some neurological disorders could also cause ON [14-19]. The ON in this patient may have been caused by an intramedullary lesion, as in previous cases [15-17,19]. Therefore, the exclusion of an upper cervical cord lesion in patients with ON might be recommended.