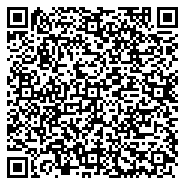 Mucinous neoplasms of the appendix are rare epithelial tumors. Their pathohistological assessment and nomenclature is undergoing development, which is reflected in the proposed classifications. The treatment of this pathology is individualized. Appendectomy is usually performed for histological analysis, and extension of the resection depends on the histological result. The combination with other pathology may aggravate the prognosis. We observed such a clinical case of low-grade appendiceal mucinous neoplasm (LAMN), which developed against the background of chronic ulcero-hemorrhagic colitis in a young patient with a family cancer history.

Primary neoplasms of the appendix are found in up to 2% of surgically removed and histologically examined specimens [1]. Mucinous neoplasms are rare and represent a heterogeneous group of epithelial tumors. These include formations representing themselves as a cystic dilatation of the appendix due to the accumulation of mucinous substances known as appendicular mucoceles to pseudomyxoma peritonei - diffuse intraabdominal gelatinous collections, most commonly associated with perforation of the appendix [1]. Rokitansky, in 1842, first described mucocele of the appendix [2], and Fraenkel in 1901 reported pseudomyxoma of peritonei in a patient with a rupture of the cystic formation of the appendix [3]. Clinical reports are then usually due to accidental detection in asymptomatic patients. There are controversies regarding the pathological classification and nomenclature of these mucinous neoplasms.

We observed a rare case of mucinous neoplasm of the appendix classified as LAMN on the background of long-term chronic ulcerohemorrhagic colitis. It concerns a 46-year-old woman with initials DBP, history of disease 13027/2019, who is admitted to the Clinic of General and Liver-Pancreatic Surgery of the University Hospital "Alexandrovska" - Sofia, with complaints of more frequent moderate, periodic pain in the right lower quadrant of about a year. For 10 years there has been established and treated ulcerohemorrhagic colitis with exacerbations leading to anemic syndrome. At the time of admission, the laboratory parameters are within the reference range. Tumor markers - CA 19-9: 8, 6 and CEA: 1.3. Histological assessment of fibrocolonoscopy biopsy material (Ke548 I-II) provided data on chronic ulcerohemorrhagic colitis with histological activity. The ultrasound examination of abdominal organs (21.05.2019) revealed a cystic formation in the right ileocecal region with an oval shape and dimensions 6/3 cm with a tubular structure inside (Figure 1). The contrast-enhanced CT scan (Figure 2) revealed mucinous cystic formation appearing as a low-density, elongated mass dorsal to the cecum.

The patient was operated (operation number 576/22.05.2019) with unclear clinical data for chronic exacerbating appendicitis, possible periapendicular abscess, ovarian cyst in a differential diagnostic plan. Intraoperatively, a cystic formation of the appendix was found, involving the distal ¾ of its length with dimensions of 6/3 cm (Figure 3), a small cyst on the right ovary and no pathological finding on the peritoneum in the area.

An appendectomy was performed and the material was sent for rapid histological examination. The result Be 1486/2019 was highly-differentiated mucinous neoplasm of appendix (LAMN) with focal infiltration in peritumoral fibrous tissue without infiltration in the muscle layer of the wall. The resection line to the caecum was without infiltration of the tumor process (Figures 4 and 5).

A right hemicolectomy was performed in view of the long-term chronic ulcerohemorrhagic colitis against the background of which the described pathological process is developing. Smooth postoperative period.

The patient was followed up to 1 year after surgery with control examinations at 6 and 12 months and was asymptomatic, without exacerbations of chronic ulcerohemorrhagic colitis and anemic syndrome. At 12 months she had gained 1.5 kg of weight. Imaging methods of examination at 6 (Ultrasound) and 12 (Computed tomography) months showed no evidence of local recurrence.

The primary neoplasms of the appendix are epithelial, mesenchymal tumors, and lymphomas. Mucinous neoplasms are in the group of epithelial neoplasms. They are characterized as tumors associated with adenomatous neoplastic growth. A number of classifications have been proposed, focusing on clinicopathological studies and analysis of predictive factors regarding the recurrence of the process [4]. Carr N. and Sobin L. (2010) propose a classification adopted by the WHO, where mucinous neoplasms are in three main categories - mucinous adenoma, mucinous neoplasms of the appendix (Lowgrade appendiceal mucinous neoplasms - LAMN), appendix adenocarcinoma [5]. Later (2016) has been reached consensus statement, according to which LAMN (low-grade appendiceal mucinous neoplasms) is a term for describing a true neoplasm of appendix with dysplastic epithelium, which produces abundant mucin without obvious epithelial infiltrative invasion of appendix wall, limited a by muscularis propria. A new term "High-grade appendicular mucinous neoplasm" (HAMN) has been proposed for lesions without infiltrative invasion but with high-grade cytological atopy. LAMN and HAMN differ in the degree of epithelial dysplasia [1]. Appendicular mucinous neoplasms (LAMN and HAMN) of uncertain malignant potential are classified into those of low and high risk for relapse [4,6]. They, like mucinous adenocarcinomas, are associated with a low to high probability of developing pseudomyxoma peritonei, which has a high mortality rate [6]. Mucinous adenomas as neoplasms of the colon, especially at sizes larger than 2.0 cm, have been considered by some authors as premalignant lesions [7].

It is generally believed that surgical treatment of mucinous neoplasms of the appendix is indicated due to the absence of reliable criteria for excluding malignancy and the risk of rupture with the development of pseudomyxoma peritonei [3,8]. The question is to what extent. LAMN is most often found incidental intraoperatively – 0.3% of appendicular specimens and in a small size below 2 cm. The prevailing opinion is that appendectomy is sufficient [4]. It is recommended that it be combined with extensive resection of the mesoapendix to assess lymph node involvement [3,7]. Other authors recommend extended resection in the ileocecal segment to the right hemicolectomy in LAMN with malignant submucosal infiltration, involvement of the resection line of the caecum by the neoplastic process, in the presence of lymphatic metastases and size over 2.0 cm [9]. The degree of cellular undifferentiation and increased mitotic activity are important [9]. Surgical treatment of cases of peritoneal mucinous spill is also controversial. The literature shows a significant prognostic difference in acellular and cellular mucin [10]. The treatment with appendectomy alone and even right hemicolectomy is followed by a high probability of intraperitoneal disease progression. Adjuvant chemotherapy is recommended in certain high-risk patients [9]. Neoadjuvant or intraperitoneal hyperthermic chemotherapy has been reported in combination with cytoreductive surgery in cases of mucinous peritoneal carcinomatosis [8].

In the clinical case presented by us, the decision to perform a right hemicolectomy was dictated by the combination of-

• Mucinous neoplasm of the appendix with unclear malignant potential and large size 6/3 cm.

We consider the case interesting due to the rare combination of the described negative factors with the potential for the development of malignancy in a young patient. Clinical case, that had to be resolved intraoperatively. The Oncology Committee at the University Hospital Alexandrovska recommended a five-year follow-up at an oncology dispensary.

Appendicular mucinous neoplasms are a group of tumors with differences in their nature and developmental perspective, but with an increasing frequency of identification. Their treatment is based on accurate histological evaluation, stage and classification of LAMN and varies in different clinical cases from appendectomy, cytoreductive surgery to right hemicolectomy. Chemotherapy is given under strict indications and can be pre-, intra- and postoperative. The combination with chronic ulcerohemorrhagic colitis is adverse from the point of view of the prospect of malignancy.