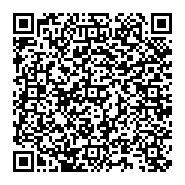 A Rare Presentation of Community-acquired Pneumonia Caused by Corynebacterium pseudodiptheriticum: A Case Report.

Background: Â As a normal flora in the upper respiratory tract, Corynebacterium (C.) pseudodiptheriticum is not oftenÂ considered as the causative bacterium for community-acquired pneumonia.

Findings: In this case report, a patient with bronchiectasis was initially suspected as being infected with MycobacteriumÂ avium. When antibiotic treatment was not successful, bronchial alveolar lavage was obtained for microbiological culturing. Once C. pseudodiptheriticum was recovered from this less-frequently requested respiratory sample, its antibioticÂ susceptibility profile was obtained to allow appropriate antimicrobial intervention to arrest the infection. The patientÂ experienced full recovery.

Corynebacterium species are ubiquitous and capable of residing in different ecological niches. In healthcare settings, they are found as commensals of the skin and mucous membranes which often appear as contaminants in clinical specimens [1]. C. pseudodiptheriticum, in particular, is a member of the oropharyngeal flora and it can potentially cause infection in the respiratory system [2,3]. In fact, published cases indicate this organism is capable of infecting immune-deficient as well as immune-competent patients [1,4].

Among the many etiological agents causing nosocomial pneumonia or community- acquired pneumonia, C. pseudodiptheriticum is usually not considered as one of the causative pathogens in spite of clinical evidence indicating this bacterium has been involved in upper and lower respiratory infections of sizable proportions [3,5]. Furthermore, several reports concluded that C. pseudodiptheriticum was responsible for causing pneumonia in HIV-infected patients [4,6].

In this paper, we present a case of pneumonia resulting from C. pseudodiptheriticum infection. Initial diagnostic studies did not identify this causative agent. It was recovered from bronchial alveolar lavage samples after unsuccessful initial treatment.

A 69 year old Caucasian woman with a history of asthma, chronic and intermittently productive cough for over two years presented to her primary care physician for a routine visit for her Diabetes Mellitus management. At that time, she did have a productive cough which became progressively worse over the course of the month prior to this clinic visit. At that time, a CT scan of the chest was ordered as routine follow-up for some lung nodules seen at a prior hospitalization earlier that year. While the nodules were unchanged, patchy airspace disease involving the left lower lobe was noted.

As a result of the patient’s persistent cough, several sputum samples were obtained for culture. One of her many samples grew Mycobacterium avium intracellulare (MAI). Since the patient’s clinical presentation and imaging reports were suggestive of a lung infection, she was treated for MAI. Subsequently, the patient was prescribed Biaxin, ethambutol and rifampin. Unfortunately, the patient did not tolerate these medications well and her symptoms were not improving after four weeks of therapy. Given these findings, she was referred to an Infectious Disease specialist for further evaluation and management.

The initial assessment indicated the patient was likely colonized with MAI. A high resolution CT scan was obtained. This study showed evidence of bronchiectasis involving the basal segments of both lobes as well as an area in the lingular region of the left upper lobe. The patient was referred to a Pulmonologist for a bronchoscopy.

Bronchial alveolar lavage samples from both lungs were cultured by plating on blood agar, EMB and chocolate agar. Gram positive rods in the form of diptheroids were noted, and 24,000 colony forming units (cfu) of Corynebacterium species appeared on media plates. Subsequently, these colonies were identified as C. pseudodiptheriticum by Vitek 2 ANC card (BioMérieux, Inc., Durham NC). Fungal cultures were negative after two weeks of incubation, and no acid fast bacilli were detected in multiple lung lavage and sputum specimens (14 in total). Incidentally, Stenotrophomonas maltophilia showed up as a minor population (cfu less than 1/10th of C. pseudodiptheriticum).

C. pseudodiptheriticum was subjected to disk-diffusion testing according to published CLSI (Clinical and Laboratory Standards Institute, formerly NCCLS) guidelines to determine its antibiotic susceptibility profile. The bacterium was susceptible to amoxicillin/ clavulanate, cephalothin, ciprofloxacin, gentamicin, levofloxacin, penicillin, trimethoprim/sulfamethoxazole and vancomycin; on the other hand, it was resistant to clindamycin and erythromycin.

Empirically, the patient was placed on a 10 day course of Levaquin pending susceptibility results for the Corynebacterium isolate. Stenotrophomonas maltophilia was not treated due to its low number and very small colony formation seen from culturing of the bronchial lavage samples. The patient was followed up a few days later with significant clinical improvement. At that time, the patient’s susceptibility data was available. Since the bacterial isolate was susceptible to Levaquin, this antibiotic was continued for another 4 days for a total of 14-day therapy. Following the treatment course, the patient did quite well with resolution of her purulent sputum producing cough.

As a non-fermenting species of Corynebacterium, C. pseudodiptheriticum is part of the normal oropharyngeal flora and it has been documented to cause respiratory tract infections and endocarditis [1-3]. Unlike C. diptheriae, this organism is often neglected during routine clinical microbiology laboratory analysis. Nevertheless, it has been reported in cases of prosthetic infections, soft tissue wounds, keratitis, conjunctivitis, and joint infections [1,7]. In addition to recovering from respiratory tract specimens, C. pseudodiptheriticum isolates have been associated with infections in the urinary system as well as intravenous sites from patients of different age groups and immunologic status [8].

C. pseudodiptheriticum is among the many pathogens responsible for causing pneumonia [5]. Concerns have been raised for its role in immunocompromised patients, especially those with HIV infections [4,6]. There is evidence indicating this bacterium can potentially infect immunocompetent individuals as well [1]. Although not as prevalent as some other respiratory pathogens in causing community-acquired pneumonia (CAP), the number of CAP incidences with C. pseudodiptheriticum was significant enough to raise concerns in the medical community [9].

This report describes a case of CAP that was acquired prior to a routine doctor visit. The clinical features associated with bronchiectasis were first thought to be caused by MAI. When the patient did not respond to medications and her symptoms were not subsiding, a decision was made to obtain bronchial alveolar lavage. C. pseudodiptheriticum was cultured and identified from this non-routine respiratory specimen. Its antibiotic susceptibility profile, specifically the resistance to erythromycin and clindamycin, agreed with other reports [10]. Administering appropriate antimicrobial intervention to the patient allowed successful arresting of her infection.

While C. pseudodiptheriticum is a rare organism causing CAP, this bacterium can produce a myriad of infections in an immunocompromised host. The patient presented in this report did have a history of bronchiectasis, rheumatoid arthritis and Diabetes Mellitus. Nevertheless, this case report does not minimize the importance of recognizing MAI as a commensal organism in someone with pre-existing bronchiectasis. It can potentially cause severe lung infections in the right clinical setting resulting in prolonged therapy for the patient. The validity of this case speaks to the importance of establishing proper diagnosis of MAI before committing patients to prolonged therapy. Clinical diagnosis may include obtaining more invasive respiratory samples, such as bronchoscopy, especially in situations where lung disease is suspected. Fortunately, our patient was able to undergo bronchoscopy, and all of her cultures were negative for acid fast bacilli. Once a definitive diagnosis was made, the patient was promptly started on antimicrobial therapy and responded favorably.

In conclusion, as a commensal and an opportunistic pathogen, C. pseudodiptheriticum should not be overlooked. Despite its infrequent causative involvement with pneumonia, this bacterium can potentially infect individuals regardless of their immunologic status.

The authors would like to acknowledge Jennifer Clevinger, Clinical Microbiology Senior Technologist at Rockingham Memorial Hospital, for microbiological testing and data.