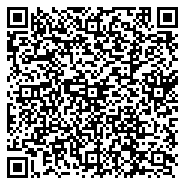 Objective: Intra-abdominal organs are highly suspected to be injured in multi traumatic patients and their diagnosis consider challenging. The most common organs effected are the spleen the liver and the mesentery in addition to the hollow viscus injuries that must be discovered early. In Females traumatic rupture of ovarian teratoma is unusual and mostly unexpected to be the cause of peritonitis. Diagnostic laparoscopy is a wide spreading minimal invasive technic that widely used in the diagnosis of intra-abdominal trauma, it decreases the rate of negative laparotomies, and it can be a therapeutic procedure in selective cases.
Case Representation: We reported one of the rare presentations of rupture mature cystic teratoma in 45 years old female with multiple trauma, she arrived in unstable condition and becomes stable after short time of resuscitation. During observation, she developed signs and symptoms of acute peritonitis gave a high suspicion of hollow viscus perforation. Patient underwent diagnostic laparoscopy that revealed an unexpected isolated rupture right ovarian teratom that had excised laparoscopically, although subsequently patient developed serious fatal complications and died.
Discussion: This case mostly differs from the other reported cases of rupture mature cystic teratoma. It is reported in female at late reproductive life, she had multiple complex injuries and she diagnosed and treated by minimal invasive intervention.
Conclusion: Laparoscopic intervention is advisable in multi-trauma patient who is clinically suspecting intra-abdominal injuries without serious indication for aggressive laparotomy regardless to the expected major complications of trauma.

The majority of worldwide fatalities in people under the age of 38 years are caused by trauma. Blunt mechanisms account for 78.9 to 95.6% of injuries, with the abdomen being affected in 6.0 to 14.9% of all traumatic injuries [1].

The worldwide acceptance of use of laparoscopy with its reduction in negative non therapeutic laparotomy in 63% of patients from going into full laparotomy. The approach to diagnostic laparoscopy (DL) is an evolving technique for evaluation of abdominal trauma with sensitivity and specificity was 94%, 98% respectively [2-4].

Ovarian teratoma (also called dermoid cyst) is a cystic lesion of the ovaries common and generally benign in nature. Usually occur more in early reproductive age and mostly not recur after excision [5-7]. Isolated traumatic rupture of ovarian mature cystic teratoma (MCT) in female is unusual and mostly unexpected to be the cause of peritonitis in trauma patients, although it should have considered with priority.

Rupture teratoma can be either spontaneous that is not common (1-2%) because it usually has a thick capsule, or traumatic rupture that is frequent and occur during pregnancy, delivery, iatrogenesis, or trauma [8].

Up to our knowledge the reported cases of isolated rupture of ovarian (MCT) due to (BAT) are very few cases (3 cases) and in the literatures we didn’t achieved reported cases of rupture (MCT) in multi traumatic injured adult female at late reproductive age, that treated laparoscopically.

A 45 years old multipara female patient referred to our emergency department about 4 hours’ after exposed to traffic road accident. She was unconscious with GCS: 7, pallor dyspneic, her BP 80/40 mmHg, Pulse rate 100/m, with decrease breathing sound in the right Side of the chest. The abdomen was soft not distended. Both eyelids were edematous. She had right Subconjunctival hemorrhage and her pupils were slightly dilated with sluggish reaction to the light. After good resuscitation her condition gradually improved (BP 120/70 mmHg, PR 80/m., RR 35/m, O2 saturation: 90% and GCS: 15).

The patient was a known case of AHT and DM and under irregular therapy (history was taken by relatives).

Blood laboratory findings were not significant except for hemoglobin was 8.8 g/dl. Blood sugar about 160 mg/dl. Urea and creatinine were within normal range.

Right intercostal drainage (ICD) done as an emergency interaction. After 8 hours of close observation patient started complaining of insidious lower abdominal pain that increased gradually in intensity and by the time became diffuse on all over the abdomen, on examination the abdomen was firm with diffuse tenderness and rebound tenderness was positive. A suggestion of intra-abdominal injury and hallow viscos perforation was highly suspected.

We decided to interfere with the minimally invasive diagnostic laparoscopy under general anesthesia to rule out intra-abdominal surgical emergency.

Approached diagnostic laparoscopy made through supra umbilical closed method abdominal insufflation by the use of verse needle. The intra-abdominal gas pressure kept between 10-12 mmHg. A supra umbilical port (10 mm) inserted first. A zero angle camera scope was introduced into the abdominal cavity. Two additional ports one (10 mm) at the suprapubic region and the other (5 mm) at the left Para median at the umbilicus line (palmer point) subsequently inserted as demanded.

Diagnostic Laparoscopy revealed a non-significant hematoma of the Right upper lateral abdominal wall. Small size hematoma in the liver at the site of its attachment with falcifarom ligament. Right ovarian teratoma rupture with moderate amount of yellowish oily sebaceous material collected in the abdominal cavity. Teratoma content was confined to the ovarian cyst and protruded through a big right ovarian tear (Figure 1a and 1b). Suction and removal of all the intra-abdominal fluid and depressed material, excision and complete extraction of the right ovary with its contents (Figure 2). Irrigation by copious saline with suction, and a number (18 F) rubber drain at the right lower site to the pelvic cavity insertion were done by laparoscopic. The Procedure went smoothly and had finished within 30 minutes (Figure 3). Patient transfer to the surgical (ICU) after extubation with stable vital signs. After couple days of good recovery and improvement of general condition, she started complaining of severe chest infection and her condition progressively deteriorated (dyspnea and high temperature with rabid decrees of oxygen saturation and disturbance of consciousness), subsequently she developed renal impairment cardiac arrest and she died at the eighth day.

Management of critically injured patients is usually complicated and challenging. However, delayed diagnosis of coexisting injuries that are less severe or occult might still occur, despite a standard thorough approach coupled with advances in image intervention [9].

Beside the clinical and the precise physical examination, the focus Abdominal Sonography for trauma (FAST) and Computerized Tomography (CT) scan for quick assessment still not enough informative for the source of intra-abdominal collection, hallow viscus, and mesenteric injuries. Oversensitivity of the Diagnostic peritoneal lavage has proven to be a problem. Positive lavage commonly results in nontherapeutic laparotomy due to nonbleeding minor liver and spleen lacerations [10].

Despite the availability of different diagnostic modalities, the number of non-therapeutic laparotomies remains high. The use of mini-invasive techniques opens up new possibilities, which can lead to diagnostics and treatment optimization of patients after severe abdominal trauma [11].

The progressive development in the laparoscopic technology, the good experience of the general and laparoscopic surgeons, and many recent studies are encouraging the use of diagnostic and therapeutic laparoscopy that being widely accepted in the field of abdominal trauma.

Many authors are advising that diagnostic laparoscopy (DL) is not indicated in hemodynamically unstable trauma patients and the reason is that bleeding identification and control cannot be performed rapidly by laparoscopic means and this is logic, but it had proven that the majority of intra-abdominal solid organs bleeding in (BAT) is stopped after proper resuscitation before or during operation and laparotomies could be negatives in these cases [12]. Hollow viscus perforation is another complication of (BAT) and usually subtle and can be fatal if not diagnosed early; (DL) can determine the site of perforation of intra-abdominal organs and defines the degree of spillage and contamination.

Increased intracranial pressure and hypoxia during (DL) must be considered, because of elevated level of Carbone dioxide concentration in the blood (hypercarbia) due to CO2 insufflation of the abdominal cavity and the change of patient’s position during the procedure that increases the venous pressure in the lower part of the body, or diaphragmatic compression and venous return over load. Still there is no clear or strong proven contraindications to the use of (DL) in the field of abdominal trauma and most of these expected complications should be taken in consideration seriously. The collaboration between the alert anesthesiologist and the experienced surgeon is very important. The improvement in oxygenation and relief of hypercarbia can achieve by positive-pressure ventilation, increasing the ventilation rate, and reducing laparoscopic insufflation pressure and the flow of carbon dioxide [13]. Shortening the time of the operation, and the turn to the laparoscopic assisted or conversion to the open surgical intervention (if recorded any difficulties or instability during the procedure) are a principle measurements and must be the first alternative choice to keep patients safe.

According to the resent literature review and the case reported by Avital Yohann et al, that accepted and published on 22 May 2017 there are only two reported cases - beside his case- of traumatic rupture of MCT and they were of females of reproductive age who were involved in motor vehicle collisions [6]. In the first case, laparotomy was done because the patient became hypotensive shortly after arrival at the ED. A CT scan performed upon arrival had demonstrated ruptured MCT. In the second, the patient presented with signs and symptoms consistent with acute abdomen and had a positive FAST exam. The ruptured MCT was discovered intra-operatively. In both of these cases, the patients underwent open laparotomies and recovered fully.

The third case (according to the author) is the first case of ruptured MCT treated via a minimally invasive procedure, as well as the first reported case in a child, and this patient appears to be unique in that she presented with neither acute peritonitis nor hemodynamic compromise and no other associated injuries. This case had diagnosed as rupture MCT before intervention.

The entire above reported cases initially presented in a similar fashion: they were hemo dynamically stable, had no serious associated injuries and the patients recovered fully and discharged home in good condition.

We consider our case is the first reported rupture MCT removed laparoscopically in adult female and it differs from the above-mentioned reported cases by that the patient age was 45 years old, multi traumatic (chest and head injuries), presented in unstable condition and unconscious and after good resuscitation her consciousness level improved and becomes hemodynamically stable. In spite the severity of the trauma the only laparoscopic finding was un expected Isolated rupture right ovarian teratoma and the effected ovary removed smoothly during short time. Although our patient had good post-operative recovery and temporary improvement during the first three days, unfortunately she deteriorated and developed a serious chest infection and renal impairment; at the end we lost the patient.

In Multi-trauma patients’ serious complications should be expected, and the morbidity and mortality are high despite the minority of intra-abdominal injuries either in laparoscopic intervention or in open surgical intervention. The minimal invasive surgery is a suitable procedure for non-serious intraabdominal injuries such MCT; it can substantially reduce the additional surgical aggression. It has both diagnostic and therapeutic potential and, when negative it may reduce the number of unnecessary laparotomies and the prediction is high for open an access in the future to replaces laparotomies in treating many major intra-abdominal injuries.

Trauma surgeons should be familiar with ovarian abnormalities as female trauma patients may present with pre-existing disease during their traumatic event.