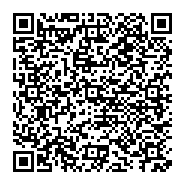 Metastatic ovarian carcinoma to the breast has been documented in 110 cases with an incidence of <1%. Infrequently this can mimic inflammatory breast carcinoma making differentiation between breast and ovarian cancer challenging. Immunohistochemistry (IHC) markers like paired box gene 8 (PAX8) positivity, Wilms’ tumor 1 (WT1) positivity, and gross cystic disease fluid protein 15 (GCDFP-15) negativity, however, can allow for diagnostic certainty. With only seven other cases of metastatic ovarian carcinoma mimicking inflammatory breast cancer, this case is an exceptional and unique find. The patient in this study presented with three months of left breast edema and erythema. Skin biopsies were performed to assess for inflammatory breast cancer. With her recent diagnosis of metastatic ovarian cancer to the breast, metastatic disease was high on the differential. The histopathology results and immunohistochemistry had confirmed the diagnosis

Based on statistics from the National Cancer Institute, the lifetime risk of ovarian cancer is approximately 1.3%. By the time ovarian cancer is diagnosed, 60% of women have evidence of metastasis [1]. While the most common sites of metastasis are bowel, peritoneum, and omentum, metastasis to the breast occurs in 0.03-0.6% of cases. Even rarer is metastatic ovarian cancer presenting as inflammatory breast cancer with only seven other cases identified in the literature [2]. This report presents the eighth case of its kind.

A 73-year-old woman presented to the office in March 2017 complaining of three months of redness, swelling and itchiness of the left breast. In October 2016, her mammogram and ultrasound were significant for 1.1 cm and 1.7 cm nodules in the left breast at the 3:00 and 4:00 positions, respectively, along with a 2.3 cm lymph node in the left axilla (Figure 1). Ultrasound guided biopsies of the two sites in the left breast as well as a fine needle aspiration biopsy of the left axillary lymph node revealed metastatic high grade serous carcinoma of ovarian origin. IHC had shown PAX8 and WT1 positivity with GCDFP-15 negativity. A follow up breast MRI in March 2017 had identified conglomerate masses spanning 11.8 × 6.0 × 8.2 cm in the left breast (Figure 2). Given the lack of response to a month of antibiotics for suspected mastitis, she was referred to the breast clinic for a skin biopsy to rule out inflammatory breast cancer. Her past medical/surgical history was significant for a gastroesophageal reflux disease and a history of ovarian cancer with total abdominal hysterectomy, bilateral salpingooophorectomy, and omentectomy in 2011. There was a family history of breast cancer in her daughter at age 49. Breast cancer susceptibility gene (BRCA) testing was found to be negative. Physical examination revealed a swollen, tender, and erythematous left breast with thickened skin and edema. An approximately 12 cm palpable mass was noted in the lateral breast with extension medially towards the nipple, which was partially retracted. Punch biopsies were performed of two areas in the left breast which showed poorly differentiated invasive adenocarcinoma infiltrating the dermis (Figure 3) and involving dermal lymphatic’s with PAX8 and WT1 positivity (Figures 4 and 5) and estrogen receptor (ER) and progesterone receptor (PR) negativity on IHC. This was consistent with ovarian cancer metastatic to the breast mimicking inflammatory breast cancer, clinically. Ovarian cancer metastasis occurs by hematogenous or lymphatic spread [3]. While its spread is primarily transperitoneal, advanced cases can spread to the liver, lung, and pleura [2]. Metastatic disease can also present in the breast and should be on the list of differential diagnoses, especially with an ovarian cancer history [3]. According to Tempfer et al. [4] a PubMed search revealed 110 total cases of metastatic ovarian cancer to the breast in February 2015 [4]. Overall, extramammary cancers metastasizing to the breast has an incidence of 0.1-1.3% [3].

DeLair et al. [5] had evaluated a group of 85 patients with nonmammary metastases to the breast and found that the most common type of tumor was carcinoma with the most common subtype being serous ovarian carcinoma. Melanoma and sarcoma were the second and third most common, respectively. The features of breast cancer and ovarian metastasis tend to have overlapping IHC and morphology making the diagnosis difficult. However, certain markers like PAX8 were shown to be positive in ovarian carcinoma and negative in breast carcinoma. WT1, another marker, is positive in 85% of ovarian carcinomas with rare positivity (2.1%) in breast cancer [5]. GCDFP-15 is a marker for breast differentiation that is 69% sensitive and 97% specific [2].

The mainstay of treatment for metastatic ovarian cancer to the breast is chemotherapy. Surgery should not be considered for initial treatment [3]. Palliative surgery with mastectomy may be considered for those unresponsive to chemotherapy. Overall prognosis is poor with times ranging from 13 days to 3.5 years. One year survival is approximately 40%. An even worse prognosis is conferred with inflammatory breast metastasis with times ranging from 3 to 18 months [7].

Metastatic ovarian cancer presenting as inflammatory breast cancer is a unique and infrequent diagnosis. It carries a grave prognosis, and therefore should be recognized as a differential in patients with history of ovarian cancer. Given the similarities between breast and ovarian cancer morphology, certain markers (PAX8, WT1, and GCDFP-15) assist in making a distinct diagnosis. Treatment focuses around systemic therapy with surgery only considered for palliative reasons.

The authors have declared no conflicts of interest.