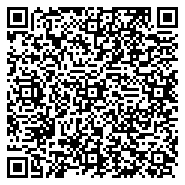 Citation: Manga A (2021) A Study of How Hydrotherapy Affects the Brain and Its Effectiveness on Children with Varying Levels of Autism Spectrum Disorder. J Neurol Neurosci Vol.12 No.8:383.

The goal of this research is to test which parts of the brain hydrotherapy triggers and the behaviours linked to each part of the brain. There has been extensive research on potential drugs that can benefit Autism, including Risperidone and Balovaptan, as well as music therapy. Hydrotherapy is a fairly novel therapy idea, and there has been some research conducted on the effectiveness of this therapy without accounting for the functionality of the child. Therefore, this research aims to determine which parts of the brain will receive blood flow, measured by fMRI, following hydrotherapy and which level of Autism Spectrum Disorder (Autistic Disorder, Asperger’s Syndrome and Pervasive Developmental Disorder) will experience the greatest benefits.

Autism Spectrum Disorder is a developmental disorder, affecting about 1 in 54 children [1]. It is characterized by trouble in a social setting, communication, restricted or repetitive behaviours, and irritability, and although the exact causes of these symptoms are unknown, research shows that both environmental and genetic factors play a role. There are three subsets of autism spectrum disorder depending on the functionality and severity of the symptoms. The three subsets from highest to lowest severity of symptoms are Autistic Disorder, Asperger’s Syndrome and Pervasive Developmental Disorder

Symptoms of Autistic Disorder include language delays, communication issues, unusual behaviour and interests. They also experience sensory overload, show echolalia, the repetition of words and phrases and may have over focused interests. This level of severity requires substantial support and treatment. Asperger’s Disorder shares similar characteristics to Autistic Disorder, in the sense that they both are characterized by not being able to read social cues, but is much less severe in comparison. Symptoms include artistic interest, poor social skills, speech differences, delayed motor development, persistence and detail orientation. Lastly, Pervasive Developmental Disorder is the highest functioning and only shares a few symptoms of Autistic Disorder and Asperger’s Syndrome. Individuals with Pervasive Developmental Disorder have slight social and communication issues, with symptoms including trouble understanding language, dealing with emotion, and trouble adapting to changes in lifestyle [2].

Research done on hydrotherapy showed benefits in musculoskeletal and neuromuscular rehabilitation for over 100 years. It is beneficial, as the warmth of the water eases pain in joints, supports one’s body weight, increases the range of movement of joints, and provides resistance to moving joints, increasing muscle strength. Over the years, the Halliwick Concept got developed and served as the basis for the growing disabilities, including Autism Spectrum Disorder.

The Halliwick Concept is a ten point programme consisting of mental adjustment, achieved through breath control and reaction to certain activities in the water; disengagement, as the instructor starts giving verbal instructions; transversal rotation control, standing in water or leaning and blowing bubbles; sagittal rotation control, walking sideways in water; longitudinal rotation control, turning or lying on back and rolling over; combined rotation control, combining the previously mentioned activities at once; up thrust, helping the swimmer realize they will not sink in water; balance in stillness, floating on the back, and turbulent gliding; floating through water, and lastly, simple swimming [3].

This ten point programme can be modified by the instructor depending on the individual’s fear and capabilities.

Research conducted on children with ASD shows that there have been improvements in muscular strength, endurance, and motor skills following hydrotherapy. Even self-confidence and social performance were seen to significantly improve, as children were interacting with each other while listening to the teacher's verbal instructions. Moreover, Bumin found a decrease in stereotypical movements after an 8 week Halliwick-based hydrotherapy in a child with stage III Rett syndrome. The same improvement of repetitive behaviours was shown in children with Autism Spectrum Disorder by Yilmaz who found that over a ten week period, the duration of swinging was 7 minutes and 5 minutes, respectively, 2 minutes and 0 minutes, and the duration of delayed echolalia was 4 minutes and 2 minutes, respectively. Lastly, there was significant improvement in aggressive and irritable behaviour, an improvement that was shown during a 10 week follow up assessment [4]. Studies have not so far been conducted taking into consideration race, age, gender, or functionality of Autism.

If the severity of Autism increases, then hydrotherapy treatment will lead to greater change in the child’s social skills, coordination, and behaviour because of the increased brain activity. Children with autistic disorder exhibit the highest number and severity of symptoms, including sensory overload and echolalia on top of their irritable and repetitive behaviour and social issues. Hydrotherapy has been proven to delay echolalia and other repetitive behaviours, increase social functioning through the Peds-QL score, and reduce aggressive behaviour. Therefore, by the end of the therapy, children with Autistic Disorder will exhibit the most growth, followed by Asperger’s Syndrome, and Pervasive Developmental Disorder, in order from lowest to highest functionality.

The experiment will be a double blind experiment, consisting of 15 children, ages between 13 and 18 years old. Five children are each diagnosed with Autistic Disorder, Asperger’s Syndrome, and Pervasive Developmental Disorder, and ethnicity and gender were not taken into consideration. The children will undergo a Halliwick-based hydrotherapy, consisting of an hour long session, three times a week for ten weeks. To measure the children’s improvement and the corresponding brain activity, a number of questionnaires will be provided on top of fMRI studies. A resting state –functional MRI will take the base reading prior to the hydrotherapy session, and then will be provided at the end of the ten weeks to check for changes in neural activity corresponding to the changed behaviours. When neurons activate, they attain more energy through the hemodynamic response, increasing regional cerebral blood flow and increase in oxygen supply. The changes BOLD signal detects changes in deoxyhemoglobin drive changes in blood flow and oxygenation. Specifically, the functional connectivity density analysis can be used to calculate the correlation of the BOLD time-series between the voxels in the brain, calculating short and long range functional connectivity density maps. The ALF and fractional-ALF also can be used to measure the total BOLD signal within low frequency ranges, as together they have long-term reliability [5].

Similarly the Paediatric Quality of Life Inventory (PedsQL), a 23- item generic health status instrument that assesses physical functioning, emotional functioning, psychosocial functioning, social functioning, and school functioning [6]. Essentially the questions are judged from a five point likert scale where 0 is never and 4 are almost always. These items are reversed and transformed on a 0 to 100 scale, so that 0=100, 1=75, 2=50, 3=25 and 4=0. To find the total scale score, the mean of the subscores are found and a higher number is better. Questions are phrased on the frequency of issues presented during the course of ten weeks and can be interpreted subjectively. For instance, physical functioning may be interpreted by how well the child was able to float in water or turn in water, while social functioning may be seen by how well the child was able to interact with the instructor and his/her peers. This questionnaire will be provided before the hydrotherapy and following it as well.

The independent variable is the severity of Autism, divided into Pervasive Developmental Disorder, Asperger’s Syndrome, and Autistic Disorder. The dependent variable is the percent increase in reduction of symptoms, and the outcome will be considered significant if the 2*Standard Error bars do not overlap. A few constants include the type of therapy, time of therapy, time fMRI and questionnaire is provided and general age range. Each individual is their own control, as each one’s functionality and experience varies. They will be told not to partake in any rehabilitation or therapies five weeks prior to hydrotherapy to make sure the first fMRI taken is their baseline.

The results predict that the least functioning individuals with Autistic Disorder will experience the greatest improvement and demonstrate the most changes in the brain, followed by Asperger’s Syndrome, and then Pervasive Developmental Disorder. The changes in the brain, as shown by the fMRI scan, will include increased connectivity between neurons and have more arousal in the left hemisphere in the brain, which is correlated with cognition and brain organization. Individuals with Autistic Disorder tend to have more symmetrical brains which explains the reduced language lateralization, so after hydrotherapy, there may be slight changes, resulting in asymmetry towards the left. There may be more long range connectivities measured, which can correlate with better social interactions and motor skills, demonstrated by the functional connectivity density model. More specifically, there may be more blood flow received by the cerebellum which plays a role in social interactions and balance as well as to the primary motor cortex in the frontal lobe which can help fine tune motor skills. Lastly, there may be less neural activation in the frontal-striatal region of the brain involved in regulating attention, inhibition, impulse control, and processing rewards and feedback. This reduced activation can be correlated with less irritability and hostile behaviour.

This study is extremely important in finding an effective treatment for Autism Spectrum Disorder, as there is no cure for Autism yet.

Taking drugs such as risperidone and aripiprazole may be efficient at reducing hostility and only certain symptoms. They have been criticized for being widely used, as they are only a short term fix and are not as meaningful as natural or therapeutic therapies. Medication is typically a last resort, and natural remedies must be found to help reduce severity of symptoms in individuals with autism. There has been very limited research done on hydrotherapy, but the research that has been done shows significant improvements in behaviour, communication and motor skills, all the reasons why it should be delved into deeper. By using more physical based studies, such as fMRI and taking into account the functionality, the research can narrow down the root causes of behavioural changes. Hydrotherapy has been used for individual’s muscular dystrophy, cerebral palsy, cystic fibrosis, spine bifida and should be extended to Autism Spectrum Disorder, as it is a natural, cheap, and effective way to alleviate symptoms (Figure 1).