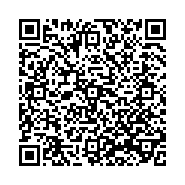 A Unique Case of Synchronous Extramedullary Spinal Masses ÃÆÃÂ¢ÃâÃ¢âÂ¬ÃâÃ¢â¬Å Is Surgery an Answer?

Multiple spinal tumors are known to occur in association with phacomatosis like neurofibromatosis. Rarely, sporadic occurrences have been described in the absence of a clear underlying pathogenesis. The majority of intradural extramedullary spinal tumors are meningiomas or nerve sheath tumors like schwannoma and neurofibroma. Ependymomas, which are the most common intramedullary spinal tumors in adults, can also occur in the extramedullary intradural space and impose a diagnostic challenge. Only a few such cases have been described in the literature. We report the first sporadic occurrence of an intradural extramedullary ependymoma synchronously presenting with a different neoplasm, a schwannoma. A 43-year-old woman presented to the authors’ institution with lumbosacral pain and neurological deficits lasting a decade. On magnetic resonance imaging, she was found to have two stable, contrast-enhancing intradural extramedullary spinal lesions in the L2-3 and L4-5 vertebral areas. She subsequently underwent L2-L5 laminectomy with total resection of the former lesion and subtotal resection of the later lesion. Histological and immunohistochemical analysis revealed two distinct tumors: a cellular ependymoma and a schwannoma at the two respective locations. Ependymomas are low grade, slowly growing tumors that mimic other, benign tumors clinically as well as radiologically. However, the management of these tumors differs since ependymomas have a potential for recurrence and metastasis. The underlying etiology and pathogenesis of these tumors is not clearly established. However, an association with an underlying phacomatosis needs to be considered. Our purpose is to create awareness that an intradural extramedullary ependymoma can coexist with other spinal tumors and should be included in the differential diagnosis of a multifocal spinal lesion presentation. Owing to difficulties in differentiating these closely mimicking spinal tumors clinically and radiologically, early identification with surgical resection, when possible, might be a recommended strategy

Primary spinal cord tumors account for 2%-4% of all primary tumors of the central nervous system [1]. These are anatomically classified into extradural (55%) and intradural (45%) lesions, and further classified into extramedullary (5%) and intramedullary (40%) within the intradural compartment; intradural extramedullary (IDEM) and intramedullary (IDIM) respectively [2]. Meningiomas and nerve sheath tumors predominately constitute IDEMs. About 65% of the latter are schwannomas, which usually arise from the Schwann cells of dorsal nerve roots in the 4th to 6th decade of life [3]. Although a majority are sporadic, 2% of spinal schwannomas occur with neurofibromatosis (NF2) and schwannomatosis [4]. These are commonly multiple and are associated with other coexisting spinal tumors, such as meningiomas and occasionally spinal ependymomas.

Ependymomas, first described by Bailey in 1924, are the most common intramedullary spinal glial tumors in adults; developing from ependymal cells in the ventricle, choroid plexus, central canal of the spinal cord and the filum terminale. Histologically and pathologically, these are classified into cellular (WHO grade II and III) and myxopapillary (WHO grade I). They are mostly benign (low grades I and II), but malignant (WHO grade III–anaplastic) subtypes also occur. The more common cellular or classic variant typically arises in the cervical and thoracic cord while myxopapillary variant arises exclusively at the conus medullaris [5].

Ependymomas are exceedingly rare in the IDEM location and very few cases have been reported in literature since the first case in 1951 by Cooper et al. [2,3]. These tumors tend to occur in the 4th to 5th decade of life and may have a female predominance [2,6]. These are low grade tumors, commonly described in the thoracic and cervical spine. However, malignant transformation including cerebrospinal fluid dissemination and recurrence have been reported [7]. On Magnetic Resonance Imaging (MRI), ependymomas typically appear as a focal enlargement of the spinal cord (intramedullary) that is hypertense on T2W images and hypo- or iso-intense on T1W with heterogeneous contrast enhancement (may have cystic component) [8]. Schwannomas usually appear as solid tumors in the dorsal nerve root region with hyper-intense T2W image features and intense contrast enhancement of the iso-intense T1W images [8]. When presenting together at one location, however, as described in our case, differentiating these tumors can be challenging and the need for early identification is paramount as outcomes differ. We report an IDEM ependymoma synchronously presenting with a spinal schwannoma in a benign setting.

Subsequent metastatic work up including CSF analysis showed no leptomeningeal involvement. Owing to mild deficits and multiple lesions, a decompression surgery was performed (laminectomy L2-L5). The larger L2-3 mass was completely resected with microdissection. Preliminarily, frozen section showed a spindled appearance suggestive of a schwannoma. Further intraoperative exploration could not identify the smaller L4-5 mass as noted radiographically and this was left behind. However, permanent histological sections later revealed round to oval cells with minimal atypia and perivascular psuedorosette formation (Figure 2A). By immunohistochemistry, the tumor cells were diffusely positive for CD99 and GFAP and showed patchy positivity for S-100, supporting the diagnosis of ependymoma. Ki-67 immunohistochemistry showed a low proliferative index (<1%) consistent with a WHO Grade II lesion. Repeat imaging for metastases was unremarkable while the L4 IDEM lesion remained stable. Clinically, only a mild improvement in symptoms was noted. The patient was now believed to have a multifocal IDEM ependymoma and repeat surgery was performed to remove the second tumor. Intraoperatively, the mass was localized encasing the L5 nerve root completely and only 50-60% of the mass was safely resected. The final pathology showed an intradural schwannoma predominantly with classic Antoni A pattern (Figure 2B), while the typical features on the two lesions are noted on Electron Microscopy (Figure 3A and 3B). Although significant clinical improvement was noted after the second resection, the patient received radiation therapy for residual symptoms.

IDEM tumors include meningiomas and nerve sheath tumors (schwannomas, neurofibromas). Excluding those occurring at the conus medullaris and filum terminale, 20 cases of IDEM ependymomas have been described to date, only two of which involved a multifocal presentation [2,6]. The majority of these involved the thoracic region, in contrast to intramedullary ependymomas, which are predominantly cervical [8-10]. Our case is unique in terms of location and presentation - a lumbar non-myxopapillary IDEM ependymoma coexisting with a sporadic schwannoma, which to the best of our knowledge has never been reported before.

Occurrence of multiple spinal tumors are rare (1%-4%) involving schwannoma, meningioma and, less commonly, spinal ependymoma (in the context of Von Recklinghausen disease [11]. It is often difficult to identify this kind of presentation (central neurofibromatosis group, classified based on neurological manifestations), which show only minimal cutaneous manifestations. Some authors have also described a sporadic, non-inherited variant of neurofibromatosis characterized by multiple spinal tumors, usually with cutaneous neurinomas [12]. Historically, very few cases of schwannoma and medullary ependymomas have been described in the absence of phacomatosis, which could represent a mild form of neurofibromatosis [11,13,14].

The pathogenesis of extramedullary ependymal is not clear. One hypothesis is that IDEM tumors arise from heterotopic ependymal cell nests left in the extramedullary space as the neural tube closes. Another theory suggests that they originate from invaginations of the neuroaxis into the extramedullary space. Both of these theories are supported in the description by Cooper et al. [7]. A hormonal mechanism is also thought to play a role in the development of this rare tumor, as suggested by Duff et al. [15], which would explain the female predominance [15,16], but this was not confirmed by cytogenetic or molecular studies. Additionally, development of schwannomas is well known to be precipitated by micro trauma and irritation which could possibly explain the concomitant occurrence in our patient [14]. This hypothesis of one tumor stimulating another to develop has also been described by some authors in cases of multiple cerebral tumors [17].

The clinical presentation of IDEM ependymal is similar to other, more common extra medullary tumors and depends upon the location of the tumor, with dorsalgia and radicular pain commonly reported [6]. It usually takes a few months to years from the onset of symptoms to reach a diagnosis (probably because of the use of conservative measures to treat the back pain symptoms before using more advanced imaging studies). Contrast enhanced MRI of the spine is the investigative study of choice. IDEM ependymomas appear as well-delineated tumors located within the dural space that enhance homogeneously after administration of contrast material. These findings are often first diagnosed as meningioma or schwannoma [18,19]. There are no specific radiologic features of an IDEM ependymoma, which highlights the role of surgical resection and histopathological identification in definitive diagnosis [20].

Treatment of ependymoma involves primarily maximum safe surgical resection with a probable role of radiation and chemo treatment in the event of malignant transformation or recurrence [21,22]. Schwannomas are often surgically treated when symptomatic (pain or neurological deficit) or in case of complications (bleeding or disfigurement) while some (asymptomatic/low malignancy suspicion) can be followed with observation [23]. In our case, although the IDEM ependymoma was completely resected, the patient was referred for radiation treatment on account of her symptomatic schwannoma. The clinical outcome was mainly determined by the extent of resection and presence of meningeal infiltration rather than by the underlying histology itself [6]. Despite a good outcome initially, cases of recurrence with malignant transformation have been reported [7]. Hence, long-term prognosis remains to be established through careful MRI surveillance.

IDEM ependymomas should be included in the differential of intradural extramedullary tumors. These have the potential to coexist with other closely mimicking tumors, and this should be taken into account in patients with multiple spinal lesions. Owing to the potential for malignant transformation and tumor dissemination, timely surgical resection followed by timely surveillance needs to be considered in the outcome and management.

The authors would like to thank Teri Diehl, Department of Surgery/Division of Neurosurgery, The University of Toledo Medical Center, for assisting in the preparation of this paper.