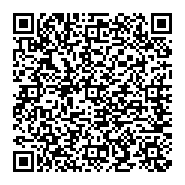 Introduction: Pancreatic cancer has been described in the literature to metastasis to wide verity of organs, but we were unable to find a case reported metastasis to the abdominal wall pre-operatively. Therefore, we present the first case of abdominal wall metastasis as the first clinical presentation in a virgin abdomen to our knowledge.
Case Presentation: A 55 years old gentleman presented to our hospital for evaluation of a para-umbilical mass. The mass was measuring 6 × 4 cm in the right upper side of the umbilicus, hard in consistency with distinct edges, and mildly tender. The histopathology findings of ultrasound guided biopsy of the abdominal wall mass were consistent with metastatic poorly differentiated adenocarcinoma of pancreaticobiliary origin.
Conclusion: Abdominal wall mass could be the presenting symptom of metastatic pancreatic cancer.

Pancreatic cancer has a poor prognosis with 6% overall 5-year survival rate. Among all cancers, it is considered as the fourth leading cause of death worldwide. Pancreatic cancer is usually asymptomatic in the early stages. The site of cancer in the pancreas determines the time of onset and nature of clinical presentation. These clinical manifestations are usually due to its spread to adjacent structures or distant metastasis. At the time of diagnosis, 90% of the patients have an overt metastasis [1,2]. Common metastases sites include; liver and peritoneal cavity. Lungs, bones and adrenal glands are less common. Other sites reported in the literature are testis, Stomach, pleura, thyroid, muscle, umbilicus, heart, kidney, appendix, prostate, skin and spermatic cord [3-7].

A 55 years old gentleman with background of Diabetes Mellitus, Hepatitis C virus infection, cigarette smoking and alcohol consumption. He was referred to our hospital for evaluation of a para-umbilical mass. Patient noticed it two months prior to his presentation as it was painful on lifting heavy weight, otherwise he was asymptomatic. He had no past surgical history. On examination he was comfortable, not pale or jaundiced. He had bilateral inguinal lymphadenopathy. The mass was measuring 6 × 4 cm in the right upper side of the umbilicus with negative cough impulse, hard in consistency with distinct edges, non-reducible and mildly tender. Hernial orifices were intact and there was no ascites.

Investigations including hemoglobin level, liver function test, urea and electrolyte were within normal limits. These was followed with Computed Tomography (CT) scan, which showed a large midline soft tissue mass, measuring 8 × 4 × 6.6 cm with infiltrative speculated margins. It was centered at the anterior abdominal wall at the level of the umbilicus. It showed heterogeneous enhancement with multifocal small necrotic areas (Figure 1). It also showed focal ill-defined hypodense area in the pancreatic tail (Figure 2). Figure 4: (A) Infiltrating well differentiated malignant glands are seen in fibrous stroma. (B) There were also poorly differentiated areas formed of single cells (arrows). (C) By immunohistochemistry, the tumor cells were positive for CK-7, (D) CK-8 and (E) Negative for CK-20.

This patient was discussed in a multidisciplinary team meeting and was planned for palliative care as there is no role for curative treatment in his condition.

Pancreatic cancer can spread through lymphatic, hematogenous, transperitoneal route along with direct invasion. Metastatic route is highly determined by the site of malignancy within the pancreas. For instance, cancers of the body and tail spread more frequently through transperitoneal and hematogenous route than pancreatic head cancers [7,11].

In literature, abdominal wall metastases are mainly described in post-operative cases. Whereas umbilical metastases are described in a virgin abdomen as umbilical nodes or Sister Mary Joseph Nodule (SMJN) [8-10,14,18]. In our case the mass did not fall under any of these descriptions and we could not find any similar case reported in the literature.

An abdominal wall mass evaluation should aim to discriminate between primary and secondary lesions by clinical evaluation, laboratory and imagining studies. The clinical evaluation would give a clue about the nature of the lesion and its origin. In our patient the clinical examination suggested a malignant lesion. Therefore we proceeded with initial laboratory work up and a CT scan. The CT scan findings of the mass supported the clinical findings of suspected malignancy. It also led us to diagnose the pancreatic lesion.

CT scan findings were inconclusive thus we proceeded for a Pancreatic MRI, as it has been shown to be superior to CT scan in various studies [19-21]. This has added more diagnostic clues along with tumor markers that have shown an elevated CA19- 9 and CEA in this patient. This marker needs to be correlated with the clinical picture and the imaging findings to reach to an accurate diagnosis. CA19-9 is not highly specific for pancreatic cancer as it has been shown to be elevated in other benign pancreatic pathology and other malignancies such as bile duct, gastric and colorectal cancers [22]. Nevertheless it aids in the diagnosis and guides for further studies.

The histopathology examination with immunohistochemistry studies of the abdominal wall specimen has confirmed the diagnosis of metastatic poorly differentiated adenocarcinoma pancreaticobiliary in origin. The bio-markers of immunohistochemistry are useful in making an accurate diagnosis, estimating prognosis and making appropriate therapeutic decision.

In conclusion, abdominal wall mass could be the presenting symptom of metastatic pancreatic cancer and the literature do describe its potential to spread to wide verity of organs.