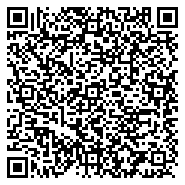 The human immunodeficiency virus (HIV) is a cytopathic retrovirus and is the main cause of immunodeficiency leading to several of symptoms, opportunistic infections and malignancies [1]. HIV is a global health problem with over 40 million people affected and a major cause of reduced life expectancy, morbidity and mortality worldwide [2]. The virus is transmitted through body fluids producing it effect through infection of T-helper (CD4) cells and cells of the monocyte lineage. There are four stages of HIV disease and during these periods a wide range of haematological changes due to bone marrow defects and immune cytopenias occur [3].

The gold standard for the management of HIV disease is the use of highly active antiretroviral therapies (HAART) [4], although significant adverse drug reactions have been noted during HAART management. It is usually a combination of protease inhibitors, nucleoside reverse transcriptase inhibitors and non-nucleoside reverse transcriptase inhibitors. Wolf et al. [5] stated that HAART treatment largely minimizes the risk of cardiovascular disorders resulting from endothelial activation seen in HIV infection. Several studies have shown the association between HAART, chronic HIV disease and the chances of developing long-term complications.

Hemostasis entails a complex process that relies on the interactions between the blood vessel wall, the platelets, coagulation and fibrinolytic mechanisms [6] and is important in the maintenance of vascular integrity. A delicate balance exists between clot formation and removal in healthy state. Several hemostatic or coagulative disorders had been reported in HIV infected individuals [7] and HIV-related thrombocytopenia is the most common [8]. Moreover, concomitant viral replication in the disease results in a significant increase in endothelial and platelet markers [5].

Platelet count maybe done in order to diagnose quantitative changes in the thrombocytes [9]. The coagulation factors are pivotal in the extrinsic and common pathways and are evaluated through the prothrombin time test [10]. The coagulation factors of intrinsic pathways are assessed through activated partial thromboplastin time (APTT) test [11]. The thrombin time (TT) measures the time taken for a clot to form in citrated plasma. An elevated thrombin indicates an abnormality in the conversion of fibrinogen to fibrin [12].

This study was conducted at the Nnamdi Azikiwe University Teaching Hospital (NAUTH) Nnewi, Anambra state. It is a tertiary health facility serving patients of high, middle and lower socioeconomic status and has a major HIV/AIDs care and support centre that serves patients from all parts of the state and beyond. Ethical approval was obtained from Nnamdi Azikiwe University Teaching Hospital Nnewi, Nigeria Ethics committee and informed consent was administered to the participants prior to the study. A total of one hundred and eighty-two subjects aged between 18-65 years were selected for this study and are distributed as follows: Sixty adult HIV sero-negative control subjects consisting of 30 males and 30 females. They are apparently healthy, without any obvious disease condition and were recruited mainly from students, and staff volunteers, Sixty-one adult HIV sero-positive subjects not under antiretroviral treatment and consists of 28 males and 33 females and Sixty-one adult HIV seropositive subjects made up of 30 males and 31 females on antiretroviral therapy (ART) for a period of not less than 6 months. The ART received is a triple-combination therapy of Lamivudine (150 mg taken two tablets daily), Zidovudine (150 mg taken twice daily) and Nevirapine (200 mg taken twice daily).

Blood sample (approximately 7.5 ml) was drawn aseptically from the veins of each of the subject by venipuncture. One ml was placed into plain sample container and the serum obtained after clotting and centrifugation for HIV screening, 2 ml were introduced into bottles containing K2EDTA at a concentration of 1.5 mg/ml and mixed immediately by gentle reverse uniform inversion of blood for full blood count (FBC) to obtain the platelet count and 4.5 ml was placed into plastic container containing 0.5 ml of 3.2% sodium citrate to give a final blood: citrate ratio of 9:1. The blood samples placed in trisodium citrate were immediately mixed by gentle reverse uniform inversion and were centrifuged at room temperature at 1500 g for 15 minutes to obtain platelet-poor plasma. They were each separated for activated partial thromboplastin time test, prothrombin time test and thrombin time test.

HIV screening test was carried out using Determine and Stat Pak HIV 1/2 antibody screening test kits and following the manufacturer’s instruction. They are in vitro test kit, visually qualitative immune assay for the detection of antibodies to HIV-1 and HIV-2 in whole blood, plasma or serum.

This was carried out following Quick One Stage Method [13]. Reagent was supplied by Helena Biosciences Europe, UK. The PT reagent was reconstituted by mixing 2.5 ml of thromboplastin and 2.5 ml of calcium chloride solution. The mixture was incubated at 37°C for 10 minutes. Fifty microlitres (50 μL) of the test plasma was added into the siliconized test cuvette and incubated for 2 minutes at 37°C. Subsequently, 100 μL of the pre-warmed PT reagent was rapidly added, and the time taken for clot formation (in seconds) was recorded. The procedure was also repeated for control plasma samples. The test and control samples were each assayed in a triplicate.

This was done following Modified Kaolin Method [14]. Reagent was supplied by Helena Biosciences Europe, UK. The APTT reagent and the 0.025 M calcium chloride were well mixed and pre-warmed at 37°C for 10 minutes. One hundred microlitres (100 μL) of the test plasma was incubated at 37°C for 2 minutes in a siliconized cuvette. Then, 100 μL of the prewarmed APTT reagent was added to the plasma and the timer started. This was incubated for 5 minutes at 37°C. Subsequently, 100 μL of the pre-warmed 0.025 M calcium chloride were added and the time taken for clot formation (in seconds) was recorded. The procedure was also adopted for the control plasma samples. The test and control samples were each assayed in a triplicate.

This was carried using two stage method [15]. Reagent was supplied by Helena Biosciences Europe, UK. The TT reagent (10 ml vial) was reconstituted with 1 ml of distilled water and mixed by inversion and allowed to stand at room temperature for 10 minutes. Two hundred microlitres (200 μL) of the patient plasma or control plasma was pipetted into the siliconized test cuvette and then 100 μL of the reconstituted TT reagent was added into the patient or control plasma whilst simultaneously starting the timer. The time taken for clot to be formed was recorded in seconds. The test and control samples were each assayed in a triplicate.

This was carried out using Sysmex KX-21 analyser and its reagent pack manufactured by Sysmex Corporation, Kobe, Japan and following direct current detection method. The EDTA-anticoagulated whole blood sample was placed in the Spiral Mixer and allowed to mix adequately. Whole blood mode was activated in the LCD screen, the sample code was inputted via the key board and then the ENTER key is entered. The sample was mixed very well again, then uncapped and inserted into the analyzer probe and the START button was pressed. The LCD screen displayed ANALYSING; the sample was removed and re-capped. The unit executes automatic analysis and displays the result on the LCD screen. The platelet count was obtained. The Sysmex analyzer was re-calibrated after 100 sampling cycle.

The data obtained was analysed using statistical package for social sciences (SPSS) (version 20). Data were expressed as mean ± SD. The significance of differences in mean values between groups were analysed using Student’s (independent) t-test, while significance of the differences in mean values among different groups was evaluated using one-way ANOVA. P<0.05 was considered statistically significant.

A total of 182 subjects were enlisted for this study. They comprised of HIV seropositive patients attending the antiretroviral therapy clinic at NAUTH, Nnewi and HIV seronegative control subjects. The subjects comprised of 94 females (51.64%) and 88 males (48.36%) with a mean age of 37.5 years. The results of the study are presented as mean ± standard deviation and p<0.05 is considered statistically significant unless otherwise stated.

Comparison of PT, APTT, TT and platelet count among the groups

Table 1: The demographic pattern of the studied subjects.

Comparison of the hemostatic parameters based on duration of ART

Table 2: Comparison of the Hemostatic Parameters based on duration of ART (One-way ANOVA).

Comparison of hemostatic parameters based on gender

Table 3: Comparison of Haemostatic Parameters based on gender (Independent t-Test)

Haematological disorders are known complications of HIV infection and influence all the blood cell lineages leading to anaemia, leucopenia and thrombocytopenia [16]. Deficient haematopoiesis, immune mediated blood cell destructions and altered coagulation mechanisms have been reported in HIVinfected patients [17]. The use of antiretroviral drugs could positively or negatively affect these disorders [18].

The PT and APTT were significantly higher in HIV-positive subjects (ART and Non-ART) compared to the values obtained in the HIV-negative subjects (controls) in this study and is in consonance with previous independent studies of van Gorp et al. [19]; Omoregie et al. [20]; Okoroiwu et al. [21]; Obeagu and Obeagu, [22]. These studies reported that PT and APTT were significantly higher in HIV-positive patients. In HIV disease, there is usually endothelial damage causing the activation and consumption of the clotting factors [23]. Moreover, HIV infection results in liver derangement, immune dysregulation, and presence of anticardiolipin antibodies (aCL) and lupus anticoagulant (LA). These anomalies (endothelial damage and activation of clotting factors, liver derangement, (aCL and LA) may account for the higher PT and APTT values observed in HIV-positive subjects [19,24]. However, the differences in duration of ART and gender did not affect both parameters (PT and APTT) as observed in this study.

Thrombin time involves the addition of thrombin to citrated platelet poor plasma and the thrombin converts fibrinogen to fibrin. The TT was significantly higher in HIV-positive on ART compared to control. This may be due to the influence of antiretroviral therapy. The differences in gender and ART duration did not affect the TT of the subjects in this study.

Platelet count was significantly lower in HIV-positive subjects (ART and Non-ART) compared to the values obtained in HIV negative subjects. This is in consonance with previous studies by van Gorp et al. [19], Kasthuri et al. [25]; Omoregie et al. [20] and Okoroiwu et al. [21]. They independently reported that platelet count were significantly lower in HIV-positive subjects when compared to HIV-negative controls. Impaired thrombopoiesis, production of immune complexes and antiplatelet antibodies (causing increased destruction of platelets in peripheral circulation) are believed to be the possible mechanisms underlying low platelet count in HIV disease [24,25]. Infection of megakaryocytes (due to the presence of HIV receptors) results in impaired thrombopoiesis [26,20]. More so, ART duration and gender were not observed as a source of significant difference in platelet count in the study.

The findings of the present study indicate a decrease in platelet count in HIV disease. The APTT and PT were increased in HIV seropositive subjects irrespective of the ART status. Moreover, the TT was elevated in HIV-positive subjects on ART. PT and APTT may be utilized as an adjunct in assessing HIV disease progression in resource poor areas where CD4 count is not available. Further studies are needed to verify these findings. It is also recommended that the holistic management of HIV patients should involve hemostatic assays.

Authors have declared that no competing interests exist.

“Authors ifeanyichukwu and Ibekilo designed the study, performed the statistical analysis, wrote the protocol and the first draft of the manuscript. Authors; Okeke and John managed the literature searches. All authors read and approved the final manuscript.