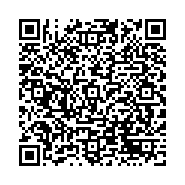 Pediatric cerebral venous sinus thrombosis (PDST) is seen frequently after ear problems, coagulation disorders, and acute gastroenteritis with dehydration. Etiology is uncommon after head injury and poses great challenge to manage it. Till today there is no proper guidelines to follow for such cases. We present a case of a 1-year-old girl with posttraumatic DST who was managed safely with anti-coagulation therapy (ACT), and had resolution of her signs and symptoms with radiological improvement within 5 days after ACT. This therapy can be used safely for PDST, and may reduce complications further along with hospital stay and expenses.

DST mainly involves following- sagittal sinus (70-80%), transverse, sigmoid sinuses (70%), and may extend to the cerebral veins. PDST is a dreadful condition, which cannot be easily diagnosed until we suspect on clinical grounds. The signs and symptoms are extremely varied and nonspecific, ranging in severity from mild headache to progressive neurological deficit, deterioration of consciousness, progressive coma and death related to intracranial hemorrhagic infarction and increased intracranial pressure [1-4]. The estimated annual incidence is 1.5 to 3 cases per million in adults and 6.7% per million in children [4]. Depressed skull fracture, epidural or subdural hematomas can also cause PCST [5-9]. Other than above mentioned causes, post-craniotomy, head and neck infections, cranial tumors, deep venous thrombosis, severe dehydration, inflammatory bowel diseases, connective tissue disorders (CTD), sarcoidosis, nephrotic syndrome, lumbar puncture, parenteral injections, and neonatal asphyxia have been reported as the causes of DST [4,6,10-13]. Recent retrospective studies on safety and outcome of systemic anticoagulation therapy (ACT), showed anticoagulation is safe in pediatric population especially in the absence of initial intracranial hemorrhage, and non-treatment was associated with short term complications like-thrombus propagation, intracranial hypertension, coma and headache [14]. Long-term neurological sequelae include developmental delay, sensorimotor and visual deficits and epilepsy [15-18].

A 1-year-old girl with no past medical or surgical history who was transported to us from some hospital following fall from height (2nd floor), where child was intubated in view of poor GCS and later shifted to Yashoda Hospital, Ghaziabad. Child was shifted to PICU where she was ventilated and ct brain was done which showed Hyperdensity in falx and small subdural haemorrhage in left pareital region. Child was started on anti-edema measures- 3% Nacl along with other supportive management. On day 2 of PICU child was extubated in view of better sensorium. Postextubation child remained haemodynamically stable and was doing well. But on day 3 of PICU child had fall in GCS so was intubated and ventilated. Urgent CT and MRV head was done which showed- Fracture in bilateral pareital bone, left temporal bone with longitudinal fracture of petrous with collection in mastoid and middle ear with thin subdural haemorrhage underlying the fractures and loss of flow void with filling defect in middle part of superior saggital sinus- suggestive of thrombosis. Child was immediately started on Inj Heparin infusion at 10 I.U/ kg/hr with targeting ApTT between 60 to 80. Child's was continued on management for raised ICP in form of antiedema measures. Child's condition gradually improved and child was extubated on day 6 of PICU. Post- extubation child remained haemodynamically stable with GCS- 15/15. Repeat MRV done showed recanalization of saggital sinus. On day 8 of PICU stay patient was shifted tio HDU where physiotherapy and other symptomatic management was continued. Child condition gradually improved as she was able to move her hemiparetic limbs. She was shifted to s/c low molecular weight heparin(LMWH) and was sent home on day-10 of hospital stay with advice to follow up in the OPD weekly till next 6 weeks along with continuation of LMWH therapy.

A 1-year-old girl with evidence of (a) Diastatic petrous bone fracture and (b) saggital sinus thrombosis on CT (Figure 1). Figure 1: A 1-year-old girl with evidence of (a) Diastatic petrous bone fracture and saggital sinus thrombosis on CT.

The coagulation profile of patient, Protein S, C and D-Dimers were in the normal limits, so she started on intravenous heparin at 10 I.U/kg/hr and APTT was monitored (Target around-60) along with any changes in neurologic status. Till day 5 of hospital stay patient remained haemodynamically stable and repeat MRV (Figure 2) demonstrated persistent flow of the saggital sinus. As the patient's condition improved so the patient was shifted to LMWH (enoxaparin). Overall incidence of PDST is 0.67 per 100,000 children per year. Children commonly presents with lethargy, focal neurologic signs, papilledema and headache [19-21]. PDST usually affects a single sinus, the superficial sagittal (47.5%) or transverse sinuses (12%) of cases, respectively; in the same study, two sinuses were involved in 30% of the cases [22]. Many risk factors are associated with PCST, among them, head trauma are very few in number. PDST can also occur without skull fracture but mostly cases involve bone fracture next to that particular thrombosed sinus [23,24]. Age is an important factor to consider PDST if suspected mostly after head trauma. Age should be considered while using diagnositic imagingnfor PDST. CT is commonly used to evaluate for possible intracranial hemorrhage and fractures after head trauma, suspected thrombosis requires further studies to confirm the diagnosis if time permits. CT scan has 84% accuracy to diagnose PDST in children [20] for this reason, MRV is useful tool to rule out PDST in case of suspicion.

Per published DST guidelines [25], in our patient other etiology was rulled out. Many published case reports, [14,26,27] where patients were managed without any intervention, our patient was managed medically with IV heparin and later to subcutaneous LMWH, also our patient had superior saggital sinus thrombosis which has not been reported in such a younger child as PDST and no case reports have used I.V heparin for 5 days. However to decide the usage AC therapy in a head trauma patient with a petrous bone fracture can be dangerous, a recent update in management of pediatric DST which recommend the use of AC therapy even if there is setting of nonsignificant intracranial hemorrhage [25]. In one of case reviewed, after head injury pediatric DST, the patient was managed initially with IV heparin for 1 full day, and later shifted to LMWH [28]. Similarly to that case we started I.V Heparin therapy which was continued for 5 days and later shifted to LMWH. The reversibility and daily handling of heparin therapy in comparison to other anticoagulants makes it a best choice for AC therapy. This treatment option was also easy to administer by the family, and allowed the patient to be treated as an outpatient with weekly coagulation studies. During reevaluation after 2 weeks of enoxaparin child is doing well and has started recovering from hemiparesis too.

A pilot cohort study of 22 pediatric patients of DST used various AC (LMWH, heparin and warfarin) regimens and had no reported deaths or intracranial hemorrhage [29]. One of the prospective study showed that conservative therapy was associated with increase in venous thrombi in comparison to AC therapy [30]. In a multicenter European registry of pediatric DST, AC therapy was used in 250 (65%) patients; 1 patient died after AC therapy, 7 (5%) who were managed conservatively died secondary to edema-induced herniation [22]. These findings make a useful argument to use AC therapy in such cases rather them managing conservatively.

In the literature reviewed prognosis of PDST mostly depends on how the patient presenting symptoms were and child's underlying condition. Coma, seizure and venous infarcts were considered as poor predictor for outcome [20]. ALso it has been reported that without use of ACT in any form, itself is a independent risk factor for recurrent CST [22].

Acute PDST is a rare etiology, as its day to day management is not mentioned clearly. Our case report had post head injury DST in a 1-year-old girl, who was treated safely with AC therapy, and had symptomatic along with radiological improvement within 5 days of therapy. I.V heparin therapy may help reduce mortality, morbidity and hospitalization time in comparison to conservative management. Further study trials are required to fully assess the efficacy and efficiency of this therapy in pediatric population.