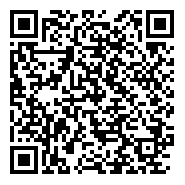 The concept and trend of translational medicine has gained widespread acceptance in the medical sciences. China is a late adopter when it comes to the development of translational medicine, but the Chinese medical community has already shown its commitment to making this notion a reality. Before translational medicine to move from being a concept to reality, there are numerous questions that need to be addressed. The key elements for creating "patients and clinic centred" translational medicine are emphasised in this research, which also provides an orthopaedic translation example using "an enhanced stem cells approach." Before scientific research can be effectively applied in clinical practise, there must be a tremendous amount of collaboration and multidisciplinary work. The distance between basic and clinical research was growing. "The basic and clinical scientists don't really talk to each other." These are Elias Zerhouni and Barbara Alving's explanations of the connection between fundamental research and clinical practise from the National Institutes of Health (NIH) of the United States [1-3]. In actuality, this gap was already present during the 20th century's rapid development of the life sciences. Only five of the 101 papers that appeared in Science, Nature, Cell, and other prestigious journals between 1979 and 1983 were approved for clinical use 20 years later, and only one paper demonstrated a significant influence on clinical practice. All of these articles, however, made it clear that they would be highly valuable for therapeutic use. The Chinese government also made the claim in the National Twelfth Five-Year Plan for the Development of Science and Technology that "we are going to improve the level of medical sciences and strengthen the construction of key medical disciplines centred by translational medicine," indicating that translational medicine has been viewed as a major strategy in the Chinese medical field. Although the creation of translational medical platforms helped propagate the ideas behind it and satiated China's need for such platforms, numerous problems also arose in the process. From a particular vantage point, it is accurate to say that we and our forefathers in medicine have always promoted and utilised translational medicine [4, 5]. A notable illustration is the myth of "Shennong Tastes a Hundred Grasses," in which Shennong transformed the knowledge of plants into treatments for illnesses. Although the idea of translational medicine has been there since the beginning of medicine, our forefathers only practised medicine and performed study on it among groups of people who shared their interests. With the specialisation of the medical sciences comes a growing gap between basic research and clinical practise or health strategies. Because it is very impossible to replicate human physiology and pathology exactly in animals, medical research is much more difficult and complex than research in other fields. However, despite the rapid expansion of scientific knowledge in the field of medicine over the past few decades, human health has not much improved. For instance, despite the United States investing hundreds of billions of dollars on cancer research, cancer-related mortality did not dramatically decline. Conventional medical research involved extensive use of labour and resources in cell and animal experiments, and it was discovered that mice, fruit flies, and Caenorhabditis elegans were used as research subjects in 80% of papers relating to tumours. This finding gave rise to the joke that the majority of medical research involves using animals. The primary distinction between translational medicine and fundamental research— which is also what makes it the most challenging for established ideas and methods to adapt to—is the emphasis on being "patients and clinic centred [6-9]." Basic research is not meant to be substituted for or compromised by translational medicine. Translational medicine should be included throughout the entire phase of fundamental research. It is common knowledge that research money is disproportionately allocated to animal testing, cell technology, and molecular biology due to the quick and possibly profitable returns. The process of clinical translation, in contrast, is dangerous; significant research findings are being overlooked; the quantity of funds allocated to translational and clinical studies is constrained; and there is a lack of government guidance and assistance in this area. The aim of the National Center for Research Resources of the NIH in translational research is to provide any required support(s) to encourage the translation of discoveries from basic research into procedures that improve human health. To enhance clinical translation, in other words, is the goal of a translational research centre or platform [10]. In terms of software and hardware, system administration, data processing, education/training, and integration of experts in statistics, epidemiology, ethics, laws, regulations, and patent application, it should create those circumstances that did not exist initially.

From the basic scientific study of cytological culture to the study of stem cell enrichment technique to the development of the filtrating-screening-enriching technique to the innovation and clinical verification of stem cell screen-enrich-combined circulating system, we adopted a good translation medicine model from basic research to clinical applications, and relevant innovations acquired seven patents from our creative translational research programme.

The author would like to acknowledge his Department of Medicine, Clinical Translational Center of Stem Cell, Albania for their support during this work.