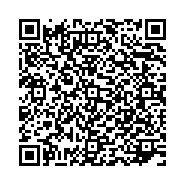 Alcohol and Tobacco Usage among Students in a Higher Education Institution in Lusaka, Zambia

Objectives: Aim of this paper is to explore the usage of alcohol and tobacco among University of Zambia students and factors contributing to this behavior.

Methods: This study utilized a cross-sectional quantitative survey method design. Approximately 800 undergraduate students were targeted and surveyed in classrooms selected through a stratified random sample procedure. Data was collected by a self-administered questionnaire using the Health and Behavior Survey and the Global School Health Survey.

Conclusions: It is prudent for institutions such as the University of Zambia who are looking after the youth and young adults for extended periods of time to put measures in place to curb such vices as regular and heavy consumption of alcohol.

The World Drug Report [1] reports that a total of 190 million people consume drugs and alcohol worldwide and the majority of these are youths. The initial choice to take drugs and alcohol is mostly voluntary, drugs and alcohol also contain properties that can stimulate, sedate, cause hallucinations or reduce pain. Behavioural risk factors including tobacco smoking, alcohol drinking, physical inactivity, sedentary behaviour, and obesity are major determinants of adult chronic diseases morbidity and mortality [2,3].

The use of drugs, tobacco and alcohol among college and university students can often lead to unwanted outcomes such as dropping out of school; being assaulted; engaging in unplanned sexual activity putting themselves in situations where they are more susceptible to sexually transmitted diseases such as HIV; being injured or having life-threatening experiences; driving while intoxicated among many other things can be the primary source of morbidity and mortality in this population [4-9].

The prevalence of drugs and alcohol consumption among young people seems to have risen to unprecedented levels. Epidemiological studies in the USA have shown that alcohol consumption is commonly reported by college students and leads to alcohol use-related problems [10,11]. Other studies have shown that the prevalence of self-reported smoking of alcohol and marijuana is also on the increase among college students [11,12]. While in the UK, it has been reported that 16-24 year olds consume the highest amount of alcohol, after 24 years of age there seems to be decline in alcohol use [13]. Alcohol is also the most commonly used recreational substance, with 93% of men and 84% of women in Scotland consuming alcohol at least occasionally [13].

Studies in Africa have also found a high prevalence of hazardous or harmful alcohol use among university students, in Malawi 54.1% among males and 16.5% among females [14,15]. Haan 16 carried out studies in South Africa where he observed that alcohol consumption and tobacco smoking is followed by the smoking of cannabis. Further, he observed that alcohol consumption had contributed to the prevalence of medical and psychological conditions [16].

The Zambia Global School Health Survey [17] jointly conducted with the Ministry of Health and Ministry of Education in selected primary and secondary schools found that alcohol and other drug abuse was on the increase. They also found that youths were engaged in alcohol consumption at an early age. Siziya et al. [18] conducted a study on cigarette smoking among school-going adolescents in Kafue district, the findings show that Overall 8.2% pupils were current cigarette smokers, while 10.4% males and 6.2% females were current smokers.

This study utilized a cross-sectional quantitative survey. Eight hundred and fifty nine undergraduate students from were surveyed in classrooms selected through a stratified random sample procedure. A university department formed a cluster and was used as a primary sampling unit. A list of departments and numbers of students registered for undergraduate courses in each department was obtained. One department was randomly selected from each faculty. For each selected department, undergraduate courses offered by the department were randomly ordered, with larger classes having greater probability of being near the beginning of the list and smaller classes having greater probability of being near the end.

Data was collected by a self-administered questionnaire in a class room situation in the presence of one of the researchers, a trained research assistant, after informed consent had been obtained. All of the students present in class on the day of the survey were invited to participate [21-23].

The questionnaire included the Health and Behaviour Survey [24] designed as a broad survey of health-related behaviours and beliefs, components of the “national college health risk behavior survey” [25] and the Global School Health Survey [26]. The risk-knowledge items that was analysed for this paper, included questions about diet, exercise, smoking and alcohol consumption [27,28].

In this paper, Statistical Package for Social Sciences version 12 (SPSS v 12) was used for data analysis. Cross tabulations were used to examine the relationship between the frequency of condom use and socio-economic and demographic variables. For the statistical analysis, chi-square tests of independence were conducted at the bivariate level, and the differences were determined at P < 0.05 and P < 0.01 significant levels.

Use of tobacco and related products

Our reported rate of using tobacco products was slights higher than those reported by Siziya18 in a study in rural Zambia. Our findings also indicate that males smoked more than females. Previous studies in Saudi Arabia of medical students, in government colleges, showed that smoking was highly prevalent among male students [29,30]. The lower rate of smoking among females could be due to cultural reasons, since smoking is considered inappropriate behavior for women [31]. Nevertheless, it is also possible that some females who did actually smoke may not have reported their habit during the survey for fear of being stigmatized.

Studies on alcohol use among college students in Zambia are very scanty. Like previous studies [14,15] our results indicate that generally there are more students who take alcohol occasionally than regularly with males drinking more regularly than females. A study in Sweden showed that more than 90% of university students consumed alcohol during the preceding three months and 39% of males and 20% of females were involved in heavy episodic drinking at least once a week [32].

Several, studies have been carried out to understand the reasons behind smoking and drinking among college students. On smoking, findings in some studies show that students smoke due to imitation of others, leisure, relief of pressure, peer pressure or as a result of the influence of advertisements and media. Other studies though contrary to our findings have shown that those from the lowest-status occupational group (SES social Economic Status) group were twice as likely as to be smokers than those whose fathers occupied the highest status occupational group [33-35].

Consistent with similar studies [36,37] our study revealed that students who were in the fourth year of study were 2.9 times more likely than those from the first year of study to drink alcohol occasionally. Similar also to Ashley et al. [38] who found that, the substantial influence of fraternity/sorority membership on excessive alcohol use is a socialization effect rather than merely a recruitment effect. This influence is discernible as early as the second semester of the first year of college, but is even more pronounced in the senior year. We believe that the perceived sense of freedom, maturity and independence over time in college can lead to more alcohol drinking. Our findings also show that Students from quite poor background were found to be less likely taking alcohol occasionally than their counterparts. However this relationship needs to be further explored.

The fact that male students were found to be 4.6 times more likely to drink alcohol regularly than females could be attributed to differences in peer influence. Peer alcohol use may have a significant impact on perceived acceptability of alcohol use. As more number of males tend to have alcohol using peers, they would have normative beliefs about alcohol use being socially and culturally permitted [39]. Earlier studies had also indicated that peer influence and parents’ favorable attitude towards drinking have been positively associated with adolescents initiating drinking alcohol [39]. Scott-Sheldon et al. [40] found students from off campus to be less likely drinking alcohol regularly than their counterparts, but this result did not reach statistical significance in our study.

The results of this study clearly indicate that University of Zambia students engage themselves in risky behaviours of alcohol consumption and tobacco smoking. Tobacco is also used by both male and female students though to significantly lower levels than alcohol consumption.

It is prudent for institutions such as the University of Zambia put in measures in place to curb such vices as regular and heavy consumption of alcohol. The provision of recreation facilities has always acted as a good avenue for distraction from ‘aversive’ behaviours by enabling students to expend their pent up libidinous energy.