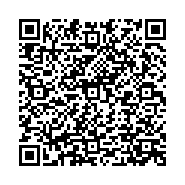 Introduction: Reducing hospital stays lengths and adoptions of outpatient surgery are the results of a policy of controlled hospital costs, improving quality of care and greater patient comfort.

Discussion: Over 6 years, 4342 patients were operated at the central operating unit, 1073 among them were ambulatory cases. The hospital stay of the gallbladder stone, hernia and proctological surgery is respectively 7.3, 5.1 and 1 day, wish remains far from figures marked in Western countries where these pathologies were practiced in ambulatory in more than 60% of the cases. This difference is explained by the lack of real health economics policy, but also of this type of surgery which requires very good organization and a lot of motivation. The contribution of the various stakeholders (government, health professionals and patients) with the establishment of a circuit ambulatory surgery (pre-anesthetic assessments, admissions office and billing consultation, hospital and operating room) in our context is synonymous with a new management culture in health spending.

Conclusion: This work allowed revealing the feasibility of the ambulatory surgery in our practice while concealing the incessant need and the perfect admissibility of our infrastructure to such a process.

Health has become one of the main concerns recently expressed in our societies. The health system is facing a double evolution:

• A high demand for care: non-tolerance of disability and the demands of modern life.

For this, many countries have sought to meet these new requirements, by reducing the length of stay in full hospitalization and by developing outpatient surgery.

Apart from its great economic interest, this innovative practice has advantages for the patient, notably better comfort and a limitation of the risks of nosocomial infections.

We conducted a retrospective study of 1073 patients, based on the use of the register of patients operated and hospitalized in the visceral surgery department, at HASSAN II university hospital in Fès over a period of 6 years (June 2009 to June 2015).

For proctological surgery, men represent 247 cases or 60.2% of cases with ages between 15 years and 78 years, and an average age of 35 years.

The objective of this study are therefore the description of the state of the art of ambulatory surgery by evaluating the length of stay of hospitalization, the objectification of the economic interest of this type of surgery, and the incentive of its implementation in our current practice.

The elements contributing on the development of the number of surgical procedures carried out in ambulatory: progress in anesthesia, control of the postoperative period, technological innovations.

Contraindications to ambulatory surgery can be summarized by following points: Refusal of the patient and his entourage, medical contraindications (history of malignant hypertermia, patient with morbid obesity, pregnant women, drug addicts or alcoholics, age less than one year old), psychosocial contraindications (The unaccompanied patient or living alone, poor hygiene and housing conditions, no quick access to the phone, incomprehension and inability to observe medical prescriptions, geographic isolation).

Ambulatory surgery has been defined by the International association Ambulatory surgery (IAAS) to a stay without overnight accommodation. Nevertheless, it is advisable to remain cautious in the interpretation of the case data in the literature. The perimeters of activity and the modes of operation can be variable [1]. In 1990, out of 24.5 million surgical procedures 42.5% were performed on an outpatient basis. The evaluation of ambulatory activity in 1998 shows that 71% are done on an outpatient basis [2].

The United States has experienced a spectacular increase in ambulatory surgical services over the past decade, with remuneration at specialized centers having almost tripled from 1 billion in 1996 to 2.9 billion in 2006 [3].

In Morocco, the frequency of outpatient surgery at the Hassan II University Hospital in Fez, in the department of visceral surgery was 18% in 2010 and 16% in 2013. Two types of elements have contributed to the genesis and development of the number of surgical procedures performed on an outpatient basis: technological advances on the one hand and difficulties in financing social protection systems on the other [6].

The results of the cholecystectomies in our sample agree with the series published in the literature concerning regard to the average age of the patients and the marked predominance of women [7]. The ALS for gallblader stones in our series is around 7.33 days while studies report that the ALS in full hospitalization is 4 days (almost 2 times less compared to ours) [7].

The results of our series on inguinal hernia do not differ from others in the literature concerning the male predominance and the average age of the patients [8]. The ALS in the treatment of inguinal hernia in our practice is 5.10 days, while studies concluded that the ALS in full hospitalization is 2.37 days. So we are almost 2 times higher than this value [9].

The ALS for proctological surgeries, in our practice, is 1 day. The review of hospital activity in the practice of the Ibn Sina University Hospital in Rabat, in 2003, in terms of proctological surgery, found an ALS of 12 days in our study which took place in 2009-2015 this ALS is 1 day (therefore 12 times less) [10].

Ambulatory surgery has a dual medical benefit by improving the quality of the intervention and the quality of care by reducing exposure to nosocomial infections by a shorter period of time [11].

Economic interest through a gain in the daily cost of hospitalization, operating cost of the operating room and a reduction in the overall cost of care [12,13] (Table 1).

Table 1: Comparing the average cost of cholecystectomy in classic and ambulatory surgery in USA and Hasan II Hospital in Fes, Morocco.

The practice of ambulatory surgery is becoming widespread. In some European countries as in our country, it is on the way to being the rule for some pathology. If this adaptation was made because of the new budgetary constraints, it responds to a change in mentalities and to a need in the face of the current delays in care.

Authors do not declare any conflict of interest.