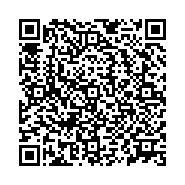 An Analysis of Translational Radiotherapy for Vestibular Schwannoma

The treatment of vestibular schwannoma is still up for debate and may involve a wait-and-see approach, surgery, and radiotherapy, primarily using a stereotactic technique. Reviewing the outcomes of current clinical series that received radiotherapy is the goal of this investigation. Materials and procedures Pubmed and Scopus were used to search the literature using the terms "vestibular schwannoma, acoustic neuroma, radiation, and radiosurgery". Waiting it out, surgery, and radiotherapy are among the treatment options for VS. When treating minor lesions, radiosurgery (SRS) has a local control rate of more than 90%, which is comparable to surgical methods. Recent research reviews demonstrate that SRS results in positive functional outcomes. In cases of massive inoperable lesions, fractionated stereotactic radiotherapy (FSRT) is recommended by a number of academic studies. Radiotherapy is important in the management of VS. SRS can ensure comparable local control and possibly superior function outcomes in smallsize lesions compared to surgery. When surgery is not an option for large and irregularly shaped lesions, FSRT may be employed.

The most frequent tumour at the cerebellopontine angle is vestibular schwannoma (VS), often known as an acoustic neuroma. 1 It is a benign, slowly expanding tumour with an annual incidence of 10–20/million. At the time of diagnosis, symptoms may include hearing loss or deficit, tinnitus, dizziness, and, less frequently, changes in facial feeling and headache. Magnetic resonance imaging is used to make the diagnosis and reveals a typical gadolinium-enhanced lesion [1]. Watchful waiting, surgery, and radiotherapy are the main therapeutic options for VS. Given the high likelihood of tumour control and an ideal functional outcome, a customised treatment strategy based on the tumour and the patient's features is frequently feasible. Stereotactic radiosurgery (SRS) in a single shot and fractionated stereotactic radiotherapy (FSRT) using hypo fractionation or normal fractionation are two technological methods for performing radiotherapy [2]. In order to identify the indication for radiation treatment and the best technical approach, the current study reviews the most recent literature on radiotherapy to summarise the results in terms of local control and side effects [3].

The following keywords were used in a literature search utilising the databases of Pubmed and Scopus: vestibular schwannoma, acoustic neuroma, radiation, and radiosurgery. 2009 through 2015 was the time frame. Also included were the most pertinent historical items from prior years. In general, case reports weren't included in the analysis [4]. The number of the series, the duration of follow-up, the thoroughness of the technical data analysis, the outcome results in terms of local control, and the early and late side effects were all taken into consideration when evaluating the relevance.

32 of the 324 total articles were chosen for analysis out of a total of 324. The most important radiotherapy-related clinical research are compiled after thorough analysis of vast series. According to the fractionation schedule, there are two main radiation therapy methods: single fraction stereotactic radio-surgery (SRS) and fractionated stereotactic radiotherapy (FSRT), the latter of which uses a conventional (1.8–2 Gy/fraction) or hypo-fractionated modality [5].

Leksell performed the first instance of radiation for VS at Karolinska Hospital in 1969. With local control rates of 80% at 3.7 years and just 14% facial nerve damage, he used gamma-knife irradiation with 60Co photons. His results were encouraging [6]. Early SRS indications included elderly patients, tumours that were medically inoperable, bilateral tumours, and recurrence following prior surgery. After a few decades of practise, several centres accepted SRS as a viable alternative to surgery for the treatment of primary VS. However, no randomised studies have been carried out to compare surgical and SRS outcomes [7]. However, a recent meta-analysis found that stereotactic radiotherapy had a similar tumour control rate (96.2% vs. 98.7%, p = 0.122) and a greater hearing function. Combining microsurgery and stereotactic radiation for the treatment of small. Recent reviews have produced similar results.

In the initial studies on SRS for VS, very high dose regimens, ranging from 10 to 25 Gy administered in a single fraction, were used. This method had a high local control rate (90–100%) but also produced a variety of unfavourable outcomes, chief among them hearing loss. 7–10 Foote et al. used a gamma knife to provide SRS to 36 patients with auditory neuromas at a dose of 16–20 Gy to the tumour margin. Although there was no tumour progression, only 41.7% of the patient's useful hearing was preserved after two years, and 81.7% of them had facial or trigeminal neuropathy. 7 Suh et al. observed that 74% of 29 individuals treated with a median marginal dose of 16 Gy experienced hearing impairment. Most patients who had functional hearing before treatment but developed new or worsening trigeminal and facial nerve impairments over the course of five years, with estimated incidences of 15% and 32%, respectively. reported on 162 consecutive patients who received gamma knife treatment at an average tumour margin dose of 16 Gy and achieved 98% local control, but 49% hearing function decline after 5 years of followup. 79% of patients still had their normal facial function, while 73% still had their normal trigeminal function.

More recent experiences have been reported as achieving improved long-term outcomes for VS after SRS. Jacob et al. conducted a retrospective analysis to determine the cochlear maximum tolerated dose's safe threshold by doing a dosimetric study. 49 of the 105 patients who received SRS (12–13 Gy) for VS were examined. Pre-treatment hearing was found to be statistically significantly correlated with both the mean and marginal doses to the cochlear volume. With a serviceable hearing loss of 36% at a mean of 2.2 years following SRS, however, only the pre-treatment pure tone average was significantly linked with non-serviceable hearing after treatment in a multivariable model. The authors advised care against either further decreasing the marginal prescription or undertreating the tumour in the distal fundus [8].

Recently released a huge Italian experience. 12 Results for 523 patients who received treatment between 2001 and 2010 were reported. The median margin dose for the delivery of gammaknife SRS was 13 Gy. After a mean follow-up of 75.7 months, the local control rate was 97.1%, with tumour volume reduction observed in 82.7% of the patients. Complications from the treatment only temporarily made the pre-existing symptoms worse. At the long term follow-up, 49% of people had functional hearing that had been preserved. After more than ten years, a thorough examination of the safety and efficacy of Gamma Knife SRS was just published in Japan. 13 With a median tumour volume of 2.8 cc and a median marginal dose of 12.8 Gy, 347 individuals received treatment.

Actuarial progression-free survival rates over 5 and 10 years were 93% and 92%, respectively. More than ten years following treatment, no patient experienced treatment failure. In the high marginal dose group (>13 Gy), the 10-year facial nerve preservation rate was 97%, while in the low marginal dose group, it was 100 A recent study on 237 patients with unilateral VS who underwent either gamma knife SRS (12 Gy, 113 individuals) or simple observation revealed some intriguing findings on the pace of tumour growth, hearing loss, and quality of life (124 patients). Hearing was lost in 76% of patients under conservative care and 64% of patients receiving SRS in this prospective trial. There was no discernible difference in hearing preservation between the two methods. Over time, the SRS group's tumour volume significantly decreased. After initial SRS or observation, there were highly significant differences in the need for therapy (p 0.001).

Advances in technology and the availability of long-term followup data on local control and negative effects, the role of radiation in the management of VS have been steadily established over the past few decades.

Through the use of incredibly accurate multiyear collimators, modern radiotherapy enables the use of highly collimated photon beams for shaping the dose, optimizing the coverage of the target, and reducing exposure to nearby healthy tissue. Proton beam radiation for VS has been the subject of numerous recent studies. Theoretically, VSs that develop in regions that are tightly encircled by organs at risk can benefit from the protons' quick dose falloff. SRS and FSRT have both been used extensively to treat VS. Stereotactic target localization is an option for both methods. The dose restrictions for vital structures, most notably the inner ear, are still a major concern that must be taken into consideration in order to reduce long-term negative effects. By utilising various fractionation regimens, these restrictions are altered, must be carefully considered, particularly when employing a single injection of radiation like SRS. The decision between a wait-and-see, surgical, or radiation management plan continues to be the primary problem in the treatment of VS. Local control is the main goal of treatment, maybe with only mild neurological impairment, especially in terms of hearing loss.