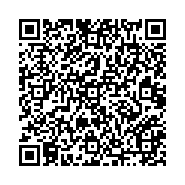 Background: Temporal horn entrapment is a very rare kind of isolated focal hydrocephalus, with only limited number of known cases in worldwide. To our knowledge, we present the first case of idiopathic unilateral and largest trapped temporal horn as well as a review of all similar cases published in the literature to the present time.

Conclusion: In the presence of large entrapped temporal horn reconnection to the CSF pathway via a microsurgical ventriculo-cisternostomy could be attempted. Subdural hygroma might be a complication of this approach and can be successfully treated with a subduro-peritoneal shunt.

Temporal horn entrapment is a very rare kind of isolated focal non-communicating hydrocephalus caused by obstruction at the trigone of the lateral ventricle, which seals off the temporal horn from the rest of the ventricular system [1-3]. Since, outflow of cerebro-spinal fluid (CSF) is blocked due to an obstruction, continues secretion of CSF leads to progressive dilation of the temporal horn following effusion [4]. The dilated temporal horn compresses over the surrounding structures and results in numerous neurologic problems [5,6]. Information of all reported patients with temporal horn entrapment has been summarized in the Table 1 [1-27].

Etiologically, trapped temporal horn could be outcome of various brain pathologies [2,3,5,6,17,20-22]. Despite description of various surgical approaches from ventriculo-cisternostomy to shunting, there is no standard surgical treatment for this rare condition. To the best of our knowledge, we present the first case of idiopathic unilateral trapped temporal horn.

A 16-year-old right-handed adolescent presented with 3 months history of headache along with cranial asymmetry bulging on the left side and mild stuttering. He was alert and motor and sensory systems as well as all cranial nerves were normal on examination. Pupils were equal and normally reacting to light in both eyes. Muscles forces and contour at both sides were symmetrical.

Upon admission, in the computerized tomography (CT), a large left temporo-parietal cystic lesion causing obvious mass effect and midline shift was detected which suggesting subarachnoid cyst as primary diagnosis. In the contrast magnetic resonance imaging (MRI) and Gadolinium-enhanced MRI entrapped temporal lobe was considered due to asymmetric extraordinary enlargement of the temporal horn of the left lateral ventricle (Figures 1A and 1B). Due to the risk of cerebral herniation and/or collapse of frontal horn, in the case of significant midline shift (over 5 mm) surgical intervention is indicated [28]. We did not find a septum between the trapped horn and the atrium of the lateral ventricle to fenestrate endoscopically. With regard to clear evidence of a thinned wall between the temporal horn and basal CSF pathways, in this case of focal obstructive hydrocephalus we adopted a microscopic transtemporal ventriculo-cysto-cisternostomy aiming to avoid a permanent shunt with its subsequent risks of infection and malfunction. Using functional MRI (fMRI) prior to surgery eloquent cortex was detected to avoid during transgress in order to reach the cyst, especially language areas including the Broca's and the Wernicke's areas. The middle temporal gyrus, safe and non-eloquent, was selected as ideal ventriculo-cisternostomy site after radiologic analysis. Based on neuroimaging review, only possible rout to reach the cistern was the choroidal fissure (Figures 2 and 3).

Figure 2: Surgical procedure of ventriculo-cisternostomy. Lateral horn was fenestrated into the ambient cistern under microscopic guidance. Figure 3: Axial computed tomographic scans obtained before (A) and 24 hours after (B) the subduro-periotenal shunting, shows a smaller temporal horn with remarkable shrinkage.

Patient was placed supine with the head turned to the right side and fixed with a 3-pin Mayfield headholder. After general anesthesia through endotracheal intubation a temporal mini- craniotomy was made. We started with a gradual decompression to avoid possible remote hemorrhage associated with rapid decompression of huge arachnoid cyst. Therefore, an angiocatheter was inserted into the trapped horn and waited 10 minutes to achieve a normal intracranial pressure. After curvilinear incision on dura, 1.5 cm corticotomy on non-eloquent cortex was performed. Evacuation of CSF led to cortical deflation around corticotomy. Since, the only way to access any cisternal point was choroidal fissure, choroidal fissure was dissected under microscopic magnification. Within procedure, compression of ambient cistern made some difficulties in the opening of cistern. Additionally, throughout dissection it was needed being careful about anterior choridal artery and posterior cerebral artery up to crural cistern in front of a capacious CSF space. After establishing good in and outflow of liquid, dura closed, bone flap replaced and wound was closed.

Early post operation course was uneventful excluding to a course of two seizures which were controlled well by sodium valporate. After a few weeks the patient complained of severe headache which starting and aggregating at night in favor of the presence of high intracranial pressure.

A post-operative MRI imaging showed a reduction of trapped horn and the presence of a subdural hygroma in left frontotemporo- parietal areas. Despite our primary decision, persistent annoying headache forced us to implant a shunt. Surgical drainage of the subdural collection was performed with a subduro-peritoneal shunt connecting the left subdural hygroma to the peritoneal space (Figure 3). A month after shunting, subdural hygroma had gradually disappeared and cortex became thicker (Supplementary Figures 1 and 2). Finally, patient was headache free.

Since first description of the term ‘entrapment of temporal horn’ by cairn et al in 1947 [3], several cases with different characteristics had been reported (Table 1).

Based on published data, penetrating wounds (n=2), primary or secondary neoplasms (n=17), intracranial hemorrhages (n=10), meningitis and brain abscess (n=9), cystic lesions (n=17, subepandymal, epandymal, arachnoid cysts, intraventricular hydatic cyst etc.), neurosarcoidosis (n=4), benign brain tumors, xanthogranulomatosis (n=2), ventriculitis, postoperative obstruction due to manipulations across or around the foramen of Monro (n=9) and congenital hydrocephalus (n=2) constitute main reasons of this condition [1-27]. Obviously, there is no case with idiopathic etiology among all reported cases. From Table 1, malignant masses as well as cystic lesions take most important part in the etiology of trapped horn. In spite of, these well described etiologies, present case has not any previous history and definite predisposing factor. To our knowledge based on published images of previous cases, this idiopathic case seems be the largest entrapped temporal horn up to the present time.

According to the literature review, removal of obstructing mass (n=8, intraventricular hydatic cyst and etc.), cyst fenestration via endoscopic transoccipital horn approach (n=13, archnoid cysts), endoscopic temporal ventriculo-cisternostomy (n=10) and shunt (n=16) are most common surgical treatments which have been utilized for managing this entity (Table 1). Ventriculoperitoneal shunt was most frequently method applied in 11 cases. Among existing surgical approaches, temporal to frontal horn shunt [18], temporal to prepontine cistern shunt, and temporal horn ventriculo-cisternostomy have been described as less invasive procedures [29].

Intracranial expansive process that distort the dura or intracranial vasculature induce headache by the stretching mechanical stress even in the absence of raised intracranial pressure [30]. Beside patient persistent headache, the presence of significant midline shifts due to the risk of cerebral herniation and/or collapse of frontal horn, is the indication for surgical intervention. Choosing suitable surgical technique for management of the present case was critical. In case of obstructive hydrocephalus, shunt placement or implantation of foreign particles should be avoided because of the risk of infection or failure usually necessitating future revisions [18] and in the context of arachnoid cyst the rate of recovery after shunt is not high. Whenever possible, microscopic or endoscopic reconnection to the CSF pathway should be attempted [18]. In the present case, we preferred microsurgical fenestration and reconnection to the CSF pathway via a mini-craniotomy. Regardless to being functional cortex or not, the left-sided location of lesion in the eloquent cortex of language was the most important consideration in the selecting of this approach. Finally, after planning of surgery, patient underwent to ventriculo-cisternostomy. Two months following ventriculo-cisternostomy, because of persistent fluid collection in subdural spaces and recurrence of headache, subduro-peritoneal shunt was performed.

In the present study we introduced a case of idiopathic and massive unilateral trapped temporal suffering from severe headache. Among possible surgical approaches for reconnection of entrapped temporal horn to the CSF pathway via a microsurgical, ventriculo-cysto-cisternostomy had been preferred. In case of unwanted outcomes such as subdural hygroma, a subduroperitoneal shunt would be a suitable choice.

The authors declare no conflict of interest.

This research did not receive any specific grant from funding agencies in the public, commercial, or not-for-profit sectors.

We would like to thank Prof. Nader-Afshar Fereydoonian for his critical review of the manuscript

Written consent from the patient has been obtained for publication and teaching.