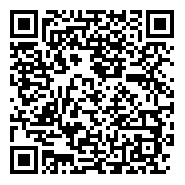 An Unusual Case of Megaduodenum

Megaduodenum is a rare anomaly in adults. It is usually primary or may be secondary to Chagas disease or systemic sclerosis. This rare problem can be managed by many surgical techniques. We present a case of megaduodenum secondary to a combination of an internal hernia with kinking at the duodenojejunal flexure and chronic superior mesenteric artery (SMA) syndrome which was managed successfully with a side to side Roux-en-Y duodenojejunostomy.

A 43 year old lady presented to us with a 9 year history of postprandial nausea, occasional bilious vomiting, feeling of tightness in the upper abdomen, early satiety and an inability to gain weight. There were no positional variations in the symptoms. Her present diet consisted of liquids a n d semi- solid food taken in small quantities several times a day. She was on and off prokinetics several times without much help.

Blood and urine examination were essentially normal except for a mild anemia (Hb. 10 gm%). Serum albumin was 4 gm%. Endoscopy showed a megaduodenum with bile pooling and retained food in the stomach and the duodenum. The scope could not be passed beyond D3. Upper GI series showed extrinsic compression of the 3rd part of the duodenum with prestenotic dilatation of the duodenum and stomach with the duodenum extending up to the right iliac fossa (Figure 1). Abdominal sonography with Doppler imaging showed SMA coursing anterior to the aorta in very close proximity suggesting an SMA anomaly. CT scan of the abdomen revealed reversal of SMA and SMV relation and a sharp kink at the duodedojejunal junction.

The aortomesentric angle was measured to be 12°. A provisional diagnosis of megaduodenum secondary to chronic SMA syndrome with an associated partial mid gut malrotation was made.

At surgery, the duodenum was found to be grossly dilated extending upto the right iliac fossa. The caecum and ascending colon were in the normal anatomic position but had a mesocolon making them both mobile. A large left paraduodenal recess was found with internal herniation of the entire jejunum and part of the ileum (Figure 2). The ligament of Treitz could not be clearly defined. The recess was laid open and the kink at the duodenojejunal flexure was relieved. Following this, the position of the SMA

Suggested continued obstruction of the duodenum necessitating a drainage procedure. A retrocolic, side to side, hand sewn, Roux-en-Y duodenojejunostomy was created at the most dependent part of the duodenum to allow adequate drainage of the area.

Post-operatively oral feeds were started on the fifth day. Post prandial vomiting was present. She settled down with prokinetics and was discharged on the tenth post-operative day. Thus, a final diagnosis of megaduodenum secondary to an internal hernia into a paraduodenal recess and chronic SMA syndrome was made.

SMA syndrome usually occurs in older children and adolescents with a female preponderance. The SMA usually forms an angle of approximately 45° (range, 38- 56°) with the abdominal aorta, and the third part of the duodenum crosses caudal to the origin of the SMA, coursing between the SMA and aorta [3,4]. Any factor that sharply narrows the aortomesenteric angle to approximately 6-19° can cause entrapment and compression of the third part of the duodenum as it passes between the SMA and aorta, resulting in SMA syndrome [5]. In addition, the aortomesenteric distance in SMA syndrome is decreased. Alternatively, other causes implicated in SMA syndrome include high insertion of the duodenum at the ligament of Treitz, a low origin of the SMA, and compression of the duodenum due to peritoneal adhesions. The patient often presents with chronic upper abdominal symptoms such as epigastric pain, nausea, eructation, voluminous vomiting (bilious or partially digested food), postprandial discomfort, early satiety, and sometimes, sub-acute small- bowel obstruction [3]. The symptoms are typically relieved when the patient is in the left lateral decubitus, prone, or knee-to-chest position, and they are often aggravated when the patient is in the supine position [3].

Congenital internal hernias are unexpected and unusual lesions. They may be discovered as incidental findings at surgery or autopsy. They may remain silent or give rise to chronic digestive complaints or acute bowel obstruction. Internal hernias are paraduodenal in over fifty percent of cases, and three-fourths of these occur on the left side and they involve the paraduodenal fossa of Landzert as a result of a congenital defect in the fusion of the mesocolon and the mesentery of the duodenum with the peritoneum of the posterior abdominal wall [6]. Patients typically present acutely with small bowel obstruction. They often report a history of recurrent vague abdominal pain that has been present from months to years. Other complaints may include nausea, vomiting, and pain while standing. Symptoms may result from a partial small bowel obstruction with spontaneous reduction of the hernia. Symptoms are often postprandial, and pain may be relieved when the patient is supine.

Irrespective of the cause, the obstruction should be relieved. Many surgical techniques have been described for the repair of megaduodenum, including radical enterectomy, side-to-side duodenojejunostomy, duodenoplasty with feeding jejunostomy, duodenectomy with reimplantation of the ampulla of Vater and the roux-en-Y duodenojejunostomy. A tapering duodenoplasty can be performed to reduce the caliber of the duodenum [2].

In conclusion, megaduodenum is a rare anomaly in adults which poses a diagnostic and therapeutic challenge to the surgeon. Our patient had a megaduodenum secondary to a paraduodenal hernia compounded by chronic SMA syndrome, successfully treated with a Roux-en-Y duodenojejunostomy. The success of surgery relies on provision of adequate drainage. Once this is achieved, rapid alleviation of symptoms ensues along with a dramatic improvement in the quality of life.