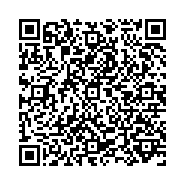 DNA polymerase gamma-1 (POLG)-related disorders have a varying age of onset, different modes of inheritance, and a wide array of symptoms. Alpers–Huttenlocher syndrome (AHS) is the most severe subtype, with an autosomal recessive mode of inheritance. It can be caused by either homozygous or compound heterozygous mutations of the POLG gene. Both sexes are apparently equally affected and early-onset cases present between 2 and 4 years of age. Diagnostic criteria include refractory seizures, hepatopathy, and psychomotor regression, with or without additional findings such as certain abnormal electroencephalogram (EEG) findings, elevated blood/ cerebrospinal fluid lactate levels, myopathy, and/or a sibling with a confirmed diagnosis of AHS. Diagnosis is confirmed via POLG sequencing, liver biopsy, or (rarely, today) autopsy. Here, we present a case of AHS with an unusual presentation of abnormal, repetitive, one-sided neck movement, abnormal hand movement, and rolling back of the eyes, in a 4-year-old boy. His EEG findings, routine blood tests, and metabolic profile were within normal limits. Diagnosis of AHS was confirmed by targeted DNA sequencing, revealing a homozygous variant of POLG (c.3286C>T; p.Arg1096Cys), the same as that found in his deceased elder sister.

Development and adequate functioning of the central nervous system depend upon an adequate supply of ATP. In nerve cells, ATP is supplied by the mitochondrial oxidative phosphorylation pathway through the electron transport chain and ATP synthase [1]. The oxidative phosphorylation system consists of approximately 90 proteins, of which 13 are derived from mitochondrial DNA (mtDNA). mtDNA is synthesized by the mitochondrial replisome, which is constituted of proteins such as DNA polymerase δ [2,3]. Human DNA polymerase δ contains DNA polymerase subunit gamma-1 (POLG), a catalytic subunit encoded by the POLG gene on chromosome 15 [3].

There are a number of nuclear genes (including POLG) that are associated with diseases linked to mtDNA depletion or deletion [1]. In 2001, Van Goethem and colleagues published their seminal work on mutations of POLG [4]. Other studies have demonstrated an association between POLG mutations and ataxia [5,6], as well as between POLG mutations and Alpers-Huttenlocher syndrome (AHS) [7]. Compound heterozygous mutations of POLG typically present as earlyonset AHS, in children between 2 and 4 years of age; conversely, homozygous mutations of POLG typically lead to a later onset (between 17 and 24 years of age) and milder symptoms [8]. Worldwide, approximately 1 in 100,000 children are affected by AHS, and there is no apparent sex predilection [8]. The most commonly affected organs are those with a high demand for ATP (energy): the central and peripheral nervous systems, the liver, and skeletal muscles. Hence, the failure of mitochondrial function leads to the clinical symptoms affecting these organ systems in AHS. The symptoms are progressive in nature and invariably lead to death [8,9].

AHS is usually associated with a triad of clinical presentations, namely intractable seizures, regression of psychomotor functioning, and hepatopathy [10]. Other clinical features include blindness (temporary at first, gradually progressing to permanent blindness), migraine, ataxia, and impaired cognitive function [8]. Electroencephalography (EEG) findings include focal slowing of wave frequency and epileptic form discharges in the occipital region [11,12]. One of the characteristic EEG features is a rhythmic high-amplitude delta wave with superimposed spikes [13].

Herein, we present a case of AHS (confirmed by targeted mutational analysis revealing a homozygous variant in POLG) exhibiting an unusual presentation (repetitive, one-sided neckand hand movement) with normal EEG findings and no history of seizure. The familial history of the patient assisted in confirming the diagnosis of AHS. Moreover, as patients with POLG-related disorders are at risk of liver failure, broadspectrum antiepileptics such as valproic acid were avoided. Here, seizures were managed with levetiracetam.

A 4-year-old boy presented to our emergency department with repetitive neck movements that had persisted for approximately five days. Other symptoms include fever, ear pain, and a runny nose. Initially, he was diagnosed with acute otitis media and was prescribed a combination of amoxicillin and clavulanic acid. His family members noted that he exhibited abnormal repetitive movements of the neck, toward the left, that disappeared during sleep. There was no medical history of any other abnormal movements. His antenatal and perinatal developmental histories were within normal limits. His developmental milestones were all normal, except for a speech delay: he could only say four words at the time. The patient had a significant family history: his parents were firstdegree relatives, and his deceased older sister, who suffered from intractable epilepsy, had succumbed to acute liver failure secondary to mitochondrial DNA depletion syndrome (a POLGrelated disorder).

On examination, the patient exhibited repetitive neck movement toward the left side, along with frequent, isolated contractures of the left sternocleidomastoid muscle. This was not associated with an altered level of consciousness, headache, difficulty swallowing, unilateral facial paralysis, muscle weakness, or visual or hearing deficits. His vital signs and growth parameters were within normal limits. Systemic examination of his respiratory, abdominal, and cardiovascular systems revealed no abnormalities. His neurological examination results were age-appropriate: normal, symmetrical facial muscle strength; a full range of extra ocular movements; and equal-sized, round, reactive pupils (2–4 mm). He could walk without difficulty, his muscle strength was 5/5, all his deep tendon reflexes were 2+, and he had a normal muscle tone. His basic blood and metabolic profiles, brain magnetic resonance imaging (MRI) findings, and EEG findings were all within normal limits. Repeated long-term video-EEG findings were also normal, even during periods of abnormal movements. Targeted DNA Sanger sequencing revealed a homozygous POLG variant (c.3286C>T; p.Arg1096Cys), similar to that of his deceased sister.

He was prescribed levetiracetam (20 mg/kg/day) and his abnormal neck movements gradually subsided. One month later, he developed paroxysmal movements in the form of tonic posturing of the left arm, torticollis toward the left side, both eyes rolling back, and crying. All these symptoms usually appeared shortly after falling asleep. Given that the new symptoms were suggestive of epilepsia partialis continua, the dose of levetiracetam was increased to 30 mg/kg/day.

In 1931, Bernard Alpers published a seminal case report of a young girl (4 months old) with normal developmental milestones suffering from episodes of refractory seizures after a brief illness of one month [9]. Forty-five years after Alper’s publication, Huttenlocher and colleagues described a disease characterized by an association between hepatic cirrhosis and cerebral degeneration, which exhibited an autosomal recessive pattern of inheritance [14]. Subsequently, Harding and colleagues described the symptoms of 32 patients with similar brain and hepatic pathological findings and recorded the characteristic course of the disease [15]. As per his description, most of the children initially exhibited normal development, followed by a gradual delay in achieving developmental milestones, hypotonia, and an inability to gain weight. Seizures usually occurred in the initial phases of the disease, following which the disease progressed rapidly. Hepatic involvement was also very common [15].

Similar to these cases, our patient initially exhibited a normal developmental status with a gradual delay in speech development. Our patient also developed an unusual presentation of seizures (abnormal, repetitive, one-sided neck movement, gradually progressing to abnormal hand movement, and rolling back of the eyes). However, unlike the initial reports, our patient did not develop hepatic impairment and, fortunately, his symptoms were manageable with more recently developed anti-epileptics. As levetiracetam has a lower hepato-toxicity in comparison with more broadspectrum anti-epileptics, this may have prevented liver failure in the current case.

More than 180 POLG mutations have been documented and are linked with diseases with a varying age of onset, different modes of inheritance, and a wide array of symptoms [1,8]. Diagnostic criteria of AHS include: the triad of clinical presentations mentioned in the introduction; loss of cerebral volume on repeat MRI or computed tomography imaging; at least one EEG with delta-wave slowing and spikes; and cortical blindness or optical atrophy [10]. Additional findings include: quantitative mtDNA depletion, detected via liver/skeletal muscle biopsy; DNA polymerase δ deficiency (≤10% activity) in the skeletal muscle or liver; at least one instance of elevated blood/cerebrospinal fluid lactate without hepatic failure; certain forms of electron transport chain deficiency, detected via liver respiratory chain testing; and a sibling with confirmed AHS [8,10]. In the absence of these findings, diagnosis is confirmed by POLG sequencing, liver biopsy, or autopsy [8].

In our case, instead of the triad of symptoms, the patient presented with abnormal, left-sided, repetitive neck movement and torticollis, which progressed to abnormal tonic posturing of the left arm and rolling back of the eyes. Such movements are consistent with epilepsia partialis continua (despite the normal EEG findings). His complete blood and metabolic profile, and EEG and MRI scans of the brain were within normal limits. However, he had a deceased elder sister who had been diagnosed with AHS. This demonstrates the importance of eliciting the family history concerning symptoms of POLG-related disorders, especially that of siblings suffering from AHS. Moreover, although the patient did not exhibit refractory epilepsy, the diagnosis of AHS was confirmed by targeted DNA sequencing, revealing a homozygous variant of POLG (c.3286C>T; p.Arg1096Cys).

The standard treatment for AHS is symptom management [8]. Antiepileptic drugs are selected upon risk-benefit analysis. Newer anti-epileptics, such as lamotrigine, topiramate, and levetiracetam are preferred to sodium valproate, as the latter may accelerate hepatic damage in AHS patients with already impaired hepatic function [8]. In our case, levetiracetam was prescribed to control the patient’s seizures. The initial dose had to be increased to manage his evolving focal seizures.

From our case report, it is evident that, in rare cases, AHS may present with unusual clinical features (episodes of seizures with normal EEG and MRI scan findings) and a normal blood and metabolic profile. In such cases, targeted genetic analysis of POLG combined with eliciting the family history, may help to confirm the diagnosis of AHS.